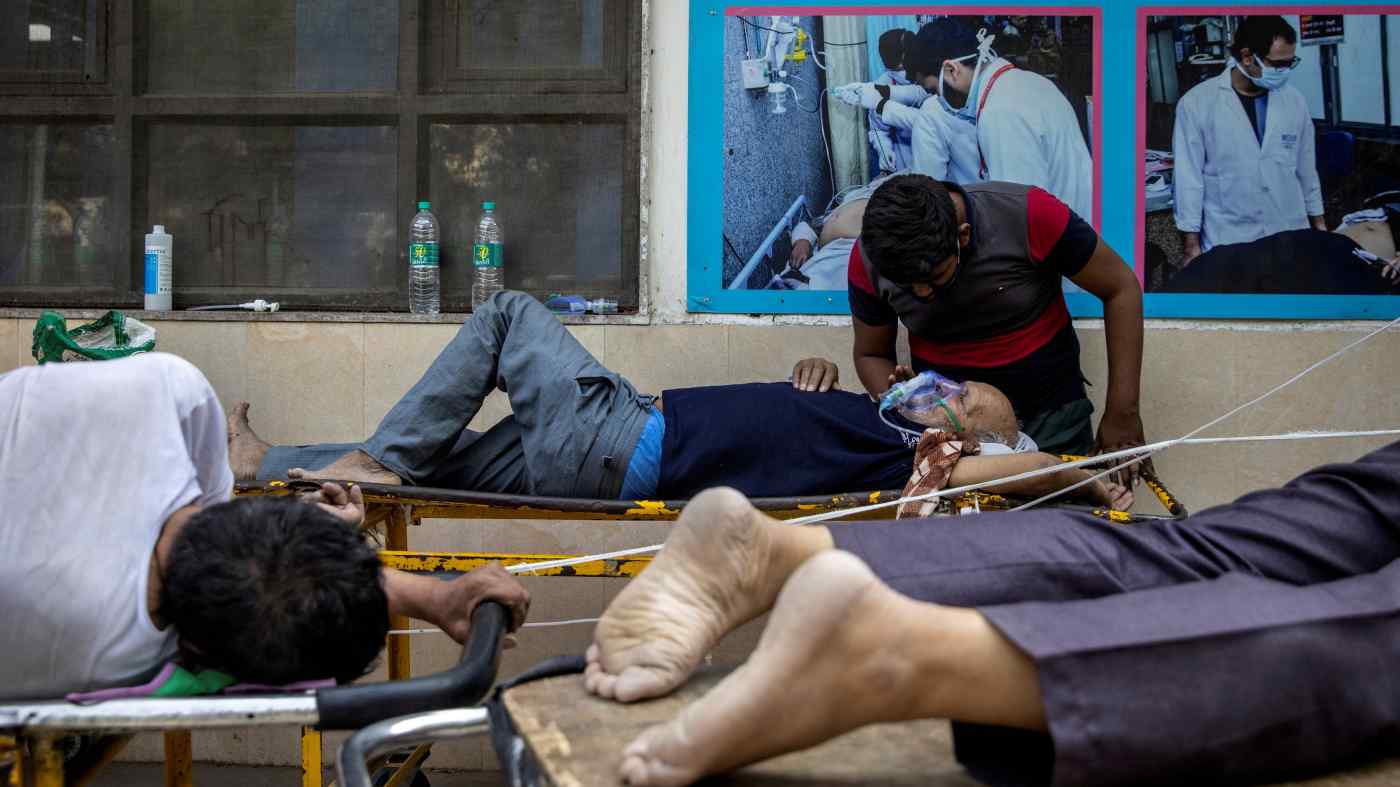 COVID-19 patients wait outside the casualty ward at a hospital in New Delhi on Apr. 23: the pandemic reveals the reality that had been hiding beneath the bureaucratic red tape.   © Reuters
CopyCopied

Karan Mehrishi is an economics commentator based in India. He is the author of "The India Collective: What India is Really All About" and the forthcoming "The Making of Monetary Policy in India: Imagining the Future."

The second COVID wave shook India to its core, giving rise to such levels of mayhem and despair that the central government in New Delhi faced a do-or-die moment. Prime Minister Narendra Modi must act now to ensure that such collective suffering never strikes this country again.

As the world deals with climate change, more pandemics caused by new novel coronaviruses or other diseases can be expected, and there will be no better time than the present for Modi to properly prepare India to face the next medical catastrophe.

What I am arguing for is the development of future-proof health infrastructure that can take care of the medical needs of 1.4 billion people.

Indians have always lived in the shadow of their country's insufficient infrastructure. In a federal republic with as many challenges as ours -- 28 states, eight union territories, 450 native languages -- there have always been more urgent problems to deal with.

This time, however, things are different, with COVID-19 revealing the stark reality that had been hiding beneath piles of bureaucratic red tape, such as the fact most of the nearly 450,000 people who died from the disease never found a hospital bed.

That real number of COVID deaths, as opposed to the official statistics, was likely to be many times higher than that makes this all the more distressing.

As India readies itself for a possible third wave, the central government should start thinking about introducing a law similar to the War Powers Act of 1941 that dramatically increased the power of the U.S. government during World War II.

India's constitution already grants the president the power to declare a state of emergency, and the current crisis warrants such a step being taken, at least temporarily.

Armed with such special powers, the first step Modi should take is to align federal and state bureaucracies toward the rapid creation of the infrastructure and medical facilities needed to treat the sick for generations to come. More public-private partnerships should also be considered, as well as the acquisition of the required assets within a certain time frame. A painting of Narendra Modi, pictured on a street in Mumbai on Jan. 15, a day before the inauguration of the COVID-19 vaccination drive: the Indian Prime Minister must act now to ensure that collective suffering never strikes the country again.   © Reuters

Special capital market instruments to raise the requisite financing would be a viable option when it comes to financing drastic action.

India's politicians must come to terms with the fact that our country lacks a credible public health care infrastructure, especially at the primary level. Mostly depending on private practitioners, India lags behind its peers in terms of basic, public-funded quality health care for the masses.

Compare that to Japan, which has 13 beds for every 1,000 people, and China which has 4.3 beds. Even India's less developed rivals, Pakistan and Bangladesh, have a better ratio in this regard.

Public expenditure on health care in India has always been dismal. With India's economy premised on the concept of five year plans right up until 2017, from 1980 to the end of 2012 -- a period covering six five year plans -- the creation of health care infrastructure and services were seriously discussed and planned. But very little was achieved.

Yes, certain diseases were controlled, but health care infrastructure never kept pace with the rest of the country. Even today, the central and the respective state governments together spend just 1.36% of gross domestic product on health care.

This makes India's people one of the world's lowest beneficiaries of government-sponsored health care, with over 60% of expenses met by out-of-pocket household contributions, higher than the United States, where out-of-pocket expenditure amounts to less than 50%.

Modi must therefore use this opportunity to build the infrastructure previously ignored. The first thing to do is raise the equivalent of 2% of GDP, around $60 billion during the current year, and commit this money toward the creation of basic health care infrastructure. That will go a long way toward safeguarding public health.

A contingency liability, the money can be repaid over a longer duration. Budgetary allocations for national disaster mitigation programs and warehousing may also be subsumed within the specialized deployment. This way, necessary public infrastructure that not only aids vaccine production but also helps to create a permanent government-funded health care network can be commissioned swiftly.

India's government must understand that with memories of the devastation caused by the second COVID wave still fresh, such renewed vigor and unwavering resolve will help correct past mistakes and dissipate public resentment for good.

While additional borrowings may further indebt the country, and the declaration of a state of emergency may revive bad memories of the mid-1970s, the cost of not taking action will be far greater. To safeguard future generations against the next pandemics, Modi should not allow suffering to become just another word, with no consequences.