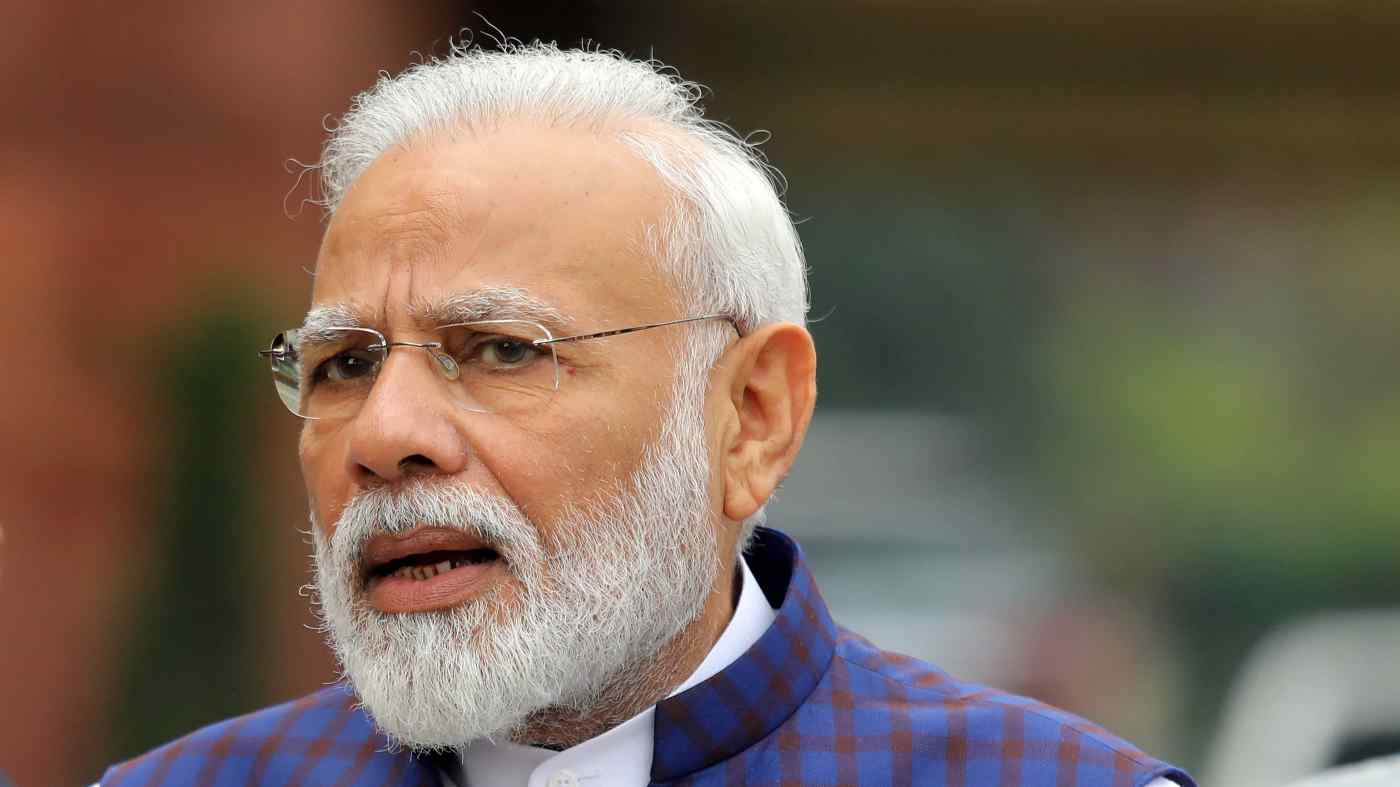 Things are not going to plan.    © Reuters
CopyCopied

Of all the things Indian voters expected when they hired Narendra Modi as prime minister to shake up the economy, chronic inaction was not among them.

Modi earned folk-hero status from nearly 13 years bulldozing over complacency in the western state of Gujarat. He often produced faster growth, greater efficiency and lower crime than the rest of India. Voters empowered Modi to apply that model nationally.

Five years on, things are not going to plan. In less than 18 months, growth sputtered from 8% to 4.5%, the weakest in six years. The slowdown is coming from all angles -- manufacturing, household spending and private investment.

Unemployment is near 45-year highs. Rating agency Standard & Poor's is on edge and threatening a downgrade.

The economy, in other words, risks going full circle back to the pre-Modi days. India, as Modi said on the campaign trail in 2014, must grow around 8% just to absorb the millions of young workers entering the labor force. Perhaps the clearest sign Modinomics is not the elixir voters hoped is former Prime Minister Manmohan Singh breaking his silence. Beginning with a November column in The Hindu newspaper, Singh, 87, has accused Modi of creating a "perilous state of fear, distrust and lack of confidence" that damaged business activity and growth.

Singh did not just lead India for the 10 years preceding Modi. He was the finance minister who opened the economy in 1991, making him New Delhi's Deng Xiaoping. Singh still commands broad public affection, particularly on development issues.

The critiques Singh is heaping Modi's way sting for two reasons. One, they are coming from a politician Modi had dismissed as a spent force. Two, they have the ring of truth as Modi indulges in Trumpian populism rather than boldly taking on New Delhi's chronic dysfunction.

"If this recovery does not materialize, and it becomes clear that India's structural growth has significantly deteriorated, we could lower the rating," says S&P analyst Andrew Wood.

What went wrong? In short, Modi saw the magnitude of the task of remaking India's lopsided economy and pivoted to other priorities. He did score some reform wins in his first term, opening the aviation, insurance and other sectors to greater foreign investment. Passing a national goods and services tax, the GST, was arguably the biggest tax reform since Indian independence in 1947.

Yet Modi has rested on these laurels rather than accelerate upgrades. He largely avoided the three most vital reforms: modernizing laws on labor, land and corporate taxes. Walking away from the Regional Comprehensive Economic Partnership, the globe's biggest trade deal, last month was an ill-timed own goal.

A confident and forward-looking leader would not shudder at increased imports from China or an influx of Australian daily products. He would harness disruption to bulldoze a change-averse parliament into boosting competitiveness and spreading the benefits of growth.

Instead, Modi is reading from the Donald Trump playbook, exciting his base with policies that run counter to the country's economic interests. His move in August to revoke the autonomy of Jammu and Kashmir, India's lone Muslim-majority state, dented New Delhi's global soft power. Nor will Modi's new Citizenship Amendment Bill favoring non-Muslim minorities from neighboring countries make India more prosperous or safer. A woman shouts slogans during a protest against the Citizenship Amendment Bill in Guwahati on Dec. 5: Modi's new law will not make India more prosperous or safer.   © Reuters

Modi, meantime, has taken to holding giant rallies akin to those U.S. President Trump holds to boast about perceived successes. All this is distracting Modi from stabilizing the economy as the global trade war threatens India's growth outlook.

"The focus on the social agenda has come at the expense of the economic agenda," says analyst Akhil Bery of Eurasia Group.

Modi needs to regain reformist momentum with bolder deregulation. It is worrying that he is relying on interest rate cuts by the Reserve Bank of India. The RBI has reduced its benchmark rate by 135 basis points this year to 5.15%.

The GST issue surprises many observers of Modi's Gujarat model days. While it marked a step forward, chaotic implementation is undermining demand. It has impeded efforts to increase tax revenues. And it follows a troubling pattern of incompetence.

Lackluster implementation also dogs Modi's Make in India gambit to sell the nation as a manufacturing power and his infrastructure expenditure. The worsening slowdown, as the Financial Times reported on December 10, has poor Indians growing hungrier as incomes shrink with the economy.

The irony, of course, is that Modi seeks to popularize the Hindu nationalism for which he is known. If he does not act fast, he may have more success returning India to the proverbial Hindu rate of growth, the story of the 1950s to 1980s, which he was elected to hasten.