Modi's plan to placate Indian farmers will not work 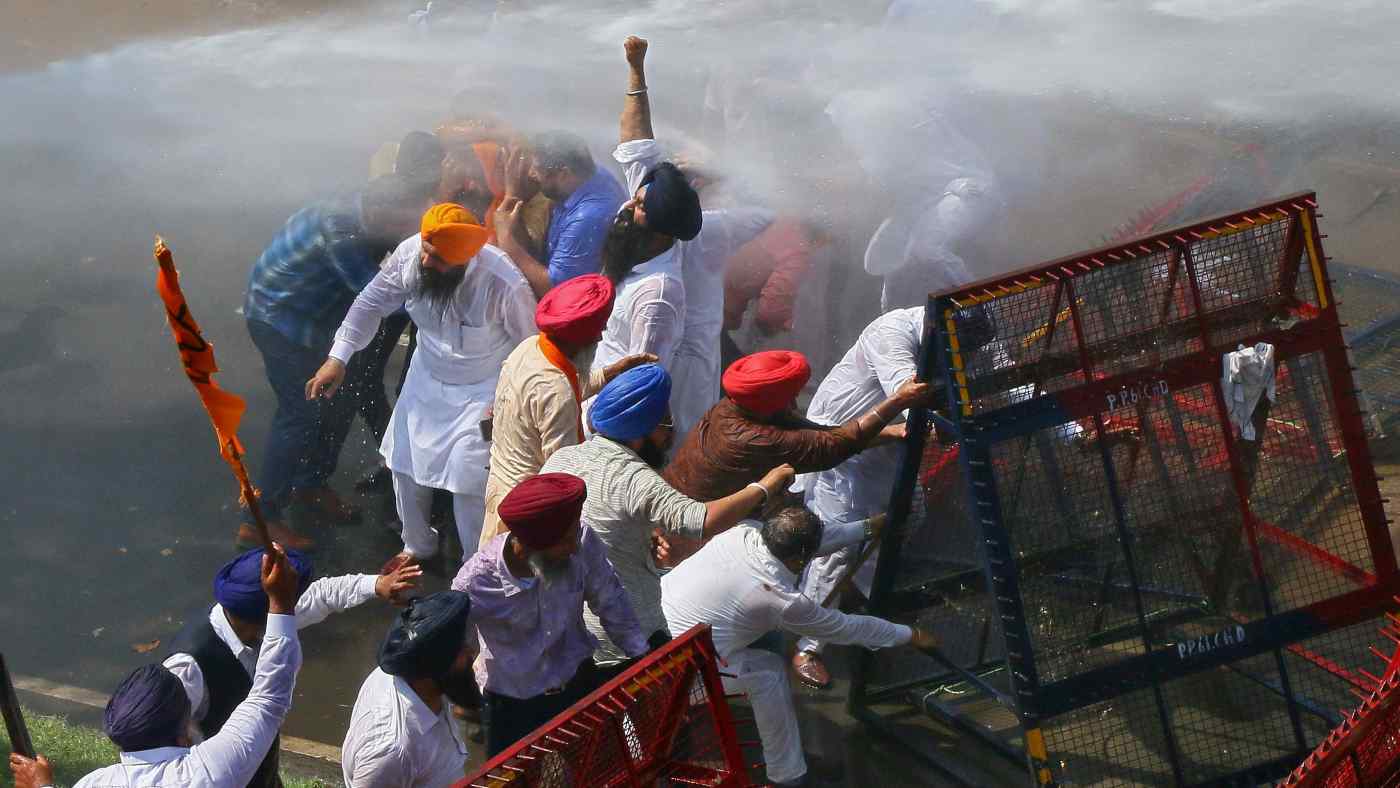 Demonstrators demanding debt waivers for farmers are hit by police water cannon during a protest in Chandigarh, India, in March.   © Reuters
CopyCopied

With dozens of Indian farming groups declaring a 10-day cutoff of supplies of milk and produce to the country's major cities from June 1, Prime Minister Narendra Modi is struggling to find a way through a deepening agricultural crisis that could damage his government's re-election prospects.

As rural voters elect a majority of Indian parliamentary seats, the Modi administration announced expanded agricultural price supports in its annual budget in February with an eye to the general election to be held next year. Details have yet to be announced however and continued declines in market prices have spurred farmers to demand more assistance.