Myanmar -- investors should be cautious but take the risk

If government pursues humanitarian agenda, foreign partners can back projects, even in Rakhine State. 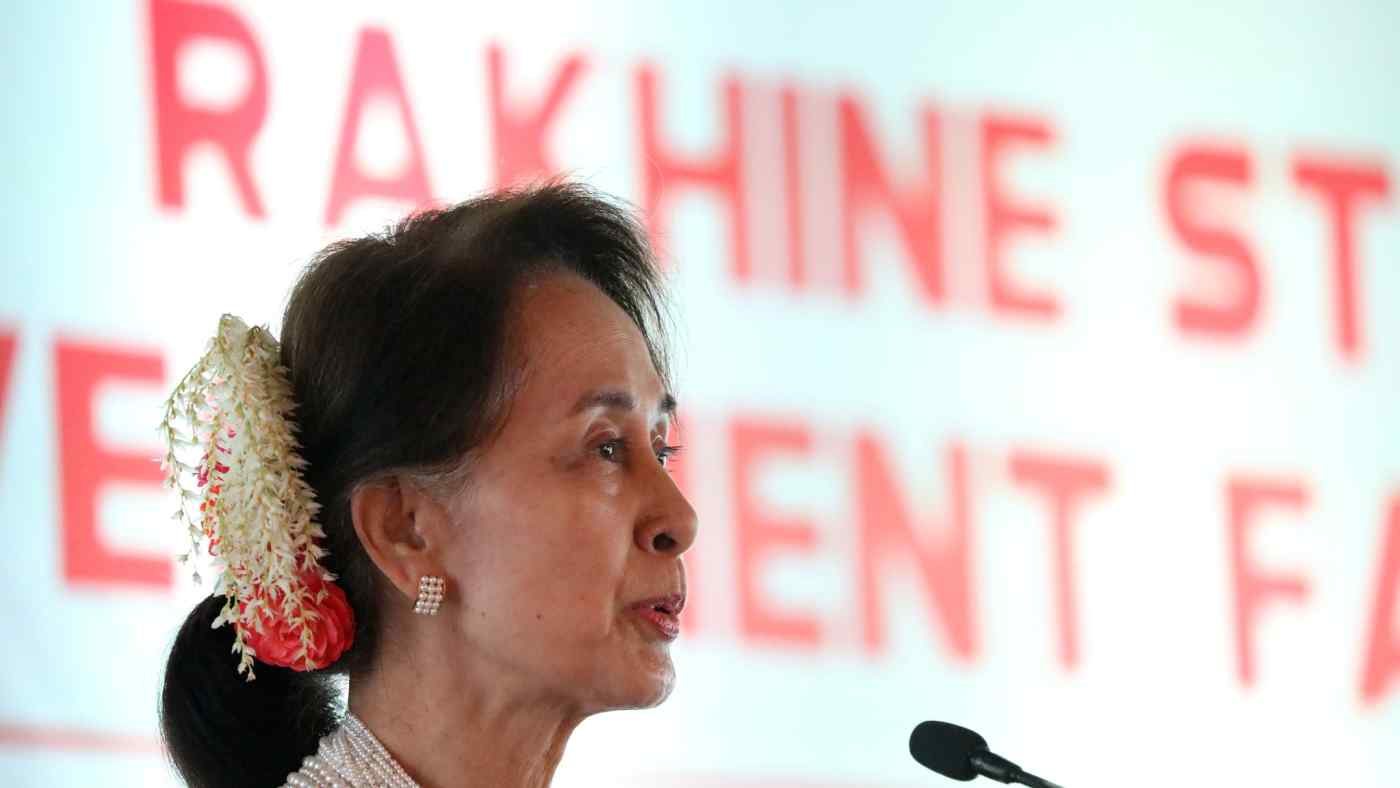 A humanitarian crisis that has been brewing at the border between Myanmar and Bangladesh since 2016 is reaching a critical point. At Cox's Bazar, just inside Bangladesh, an estimated 740,000 displaced Muslim Rohingya from Myanmar's Rakhine State are encamped in temporary shelters, hoping that the international community will take them in as refugees or facilitate their safe return to the homes they claim in Myanmar.

International pressure for a solution is growing. Bangladesh's Foreign Secretary Shahidul Haque recently told the United Nations that the strain of sheltering refugees in the border area has gone from "bad to worse." Speaking at a Security Council meeting in New York, he urged the U.N. to take "decisive" action. But what can be done?

Many in the international community have focused on pushing for Myanmar's military to be held to account for gross human rights abuses. The government of Myanmar's de facto leader Aung San Suu Kyi has stood firmly behind military claims that the conflicts were provoked by the jihadist-linked Arakan Rohingya Salvation Army. More recently, the government has also condemned attacks by the Arakan Army, a different, growing, force of mainly Buddhist ethnic Rakhine. Finger-pointing will no doubt continue, amid calls for Western governments to sanction Myanmar. But sanctions are unlikely to lead to practical solutions.

Meanwhile, a very different approach has been suggested that envisages cooperation and investment in Rakhine. In the southern Rakhine beach resort of Ngapali, the Myanmar government recently held the first ever Rakhine State Investment Fair to highlight business opportunities.

The event was launched by Aung San Suu Kyi, who told the gathering of domestic and foreign investors that "much of Rakhine's economic potential still remains untapped." Government ministers and officials pointed to opportunities in southern Rakhine, especially in tourism and aquaculture, in addition to the large oil and gas fields that lie in the Bay of Bengal off the state's central coast.

Some investors, especially Western corporations, are balking at the prospect of investing anywhere in Myanmar, worried by uncertain commercial prospects and the potential reputational risk of being accused of involvement in the Rohingya controversy. The idea of investing in troubled Rakhine must therefore seem something of a double question mark.

Yet Suu Kyi is right to say that economic development in Rakhine offers "fresh openings and new horizons." The state investment fair also demonstrated that there is plenty of corporate interest elsewhere in Asia -- more than 600 business representatives attended, with Japan the most heavily represented country, followed by Thailand and South Korea.

China, moreover, is already present on the ground, particularly in central Rakhine, where Beijing is taking the lead in developing the deep-sea port of Kyaukpyu. Additionally, dual gas and oil pipelines run across the state to bring energy resources from the Rakhine coast to China's southwestern provinces.

Beijing is also pushing an ambitious proposal for a China-Myanmar Economic Corridor that would run through a significant part of the state. Rakhine is one of Myanmar's poorest states, with gross domestic product per head less than half the level of Yangon, the country's main commercial center.

Investment alone cannot solve the Rohingya crisis, but it could help to transform the dynamics of managing the situation, if done in the right way. Spurring development and creating more and better-paying jobs for the people of the state would provide opportunities, for both the remaining Muslim minority and the Buddhist majority. Otherwise, poverty and a lack of hope could continue to feed ethnic schisms and radical movements.

That said, the Myanmar government cannot simply sweep the Rohingya crisis under the carpet. If investment is to move ahead, there must be a parallel effort to resolve the issue, together with assurances on the safety and security of Rakhine's Muslim minority. Myanmar claims it has gone some way to prepare for this by establishing shelters and other infrastructure, especially through the government's Union Enterprise for Humanitarian Assistance, Resettlement and Development in Rakhine. But much more needs to be done.

The next steps must be to reassure those refugees who may wish to return that they will be safe, and afforded basic rights. Some Rohingya demands, such as the recognition of citizenship and ethnicity, conflict with existing laws and the country's constitution, and will need to be considered further. But providing shelter, health, education and training for jobs would be positive actions.

China can also do more. Responding to the Bangladeshi foreign secretary's call for U.N. action, Beijing has said that the Security Council should not intervene, and instead emphasized the utility of development aid in easing tensions. Given Beijing's strong presence in both Bangladesh and Myanmar, China can help the two sides to move forward in cooperation.

Suu Kyi told the state investment fair that "for too long, the international community's attention has been focused narrowly on negative aspects related to problems."

There is truth in that observation, but for more people to see the needs and potential of Rakhine, attention must be committed to better managing its humanitarian problems, the "grave challenges" to which she has acknowledged the need to develop answers.

Until those answers are provided, a question mark will hang over investment in Myanmar, and doubly so for Rakhine. However, for those seeking to work with the Myanmar government toward a broad and durable solution it is better to move forward with economic development than to put cooperation on hold. Simon Tay is chairman of the Singapore Institute of International Affairs, and associate professor of international law at the National University of Singapore