Economic modernization efforts and investor confidence hang in the balance 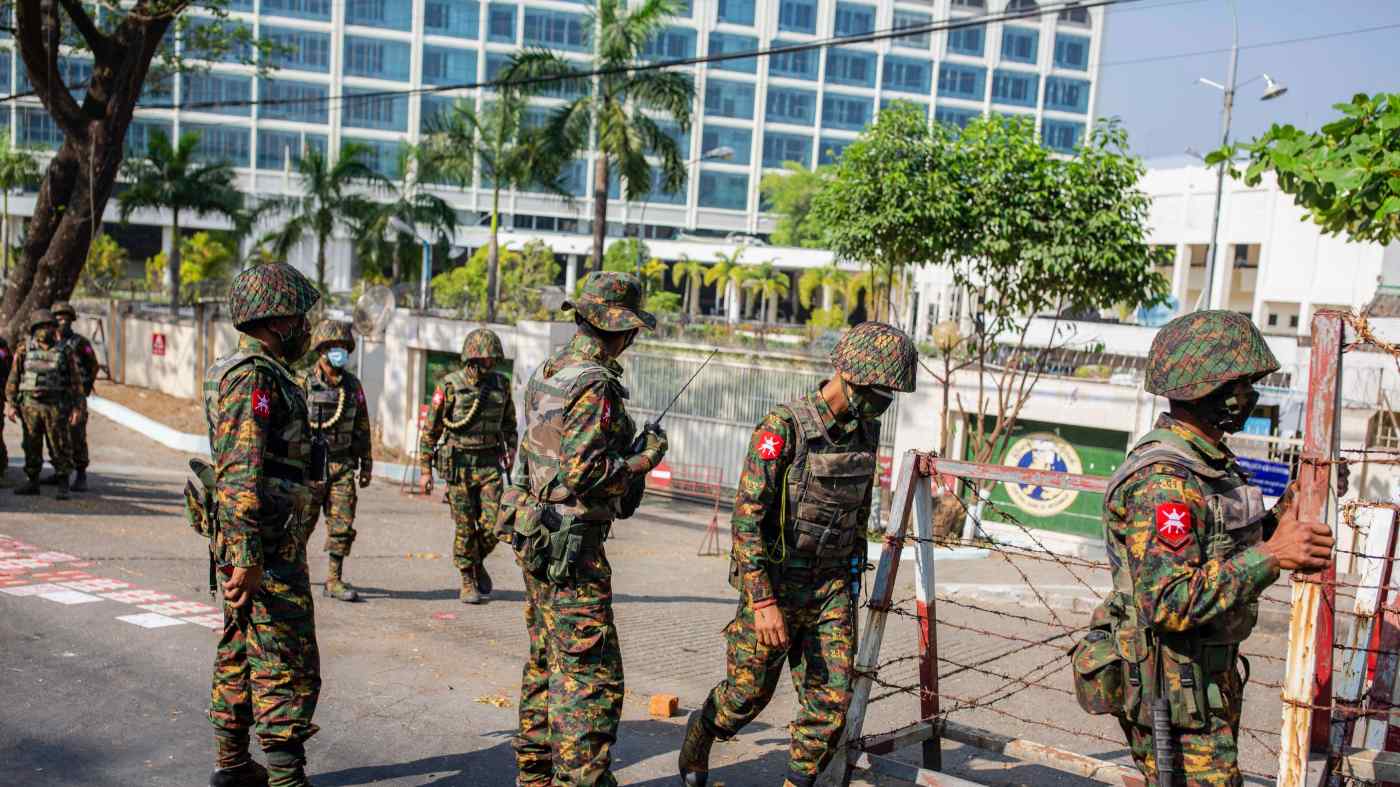 Soldiers setup barricades in front of the Central Bank of Myanmar on Feb. 15: the timing of the CBM shake-up could not be worse.   © Sipa/AP
CopyCopied

You could say economist Sean Turnell, who is currently being detained by Myanmar's military, saw the Donald Trump era coming.

The longtime Myanmar resident made a name as an Aung San Suu Kyi whisperer. When foreign CEOs, bankers and journalists visited Yangon or Naypyidaw, Turnell, an Australian, topped the list of meetings you hoped to score. Not just for his high-level access, but his ability to articulate where one of Asia's most tantalizingly frontier economies is headed. Not spin, but the real deal.

In my own chats with Turnell, whose first job was at the Reserve Bank of Australia, he often talked up the credible financial system that the Central Bank of Myanmar was crafting quietly and meticulously behind the scenes. Ignore the politics and geopolitical intrigue. Watch CBM, he would stress.

These days, one particular exchange in Naypyidaw, the capital, in late 2016, comes to mind. It was around the time the world was adjusting to the idea of a Trump presidency. When asked what might go wrong for Myanmar, the U.S. suddenly giving up on supporting reforms there topped his list. Might Trump's trade war talk prompt Myanmar to turn inward, again?

"No country has more to gain from international investment, trade and an open economy more broadly than Myanmar," Turnell told me. "I worry, in short, of any possible domestic pressures in Myanmar for similar obsolete and damaging protectionism." Sean Turnell, pictured in May 2018 in Singapore.   © Yusof Ishak Institute/Reuters

The Feb. 1 military coup suggests we did not worry enough. The generals, many observers note, seemed inspired by Trump's talk of a rigged U.S. election, claiming Suu Kyi's recent landslide win was fraudulent. As one Yangon financier told Euromoney magazine: "These guys have watched too much Fox TV."

Not only is Turnell being detained, but the generals are cleaning out the leadership of a central bank working to steer 55 million people toward higher living standards.

Deputy Gov. Bo Bo Nge has been detained, say local press reports, replaced by Than Nyein, who served under the previous junta before the first free election in decades in 2015. The whereabouts of now-former Gov. Kyaw Kyaw Maung is anyone's guess.

The intrigue surrounding the CBM is an attack at the very core of a 10-year project to modernize the economy. For the Association of Southeast Asian Nations, Myanmar's emergence meant the 10-member bloc was suddenly firing on all cylinders. Not so much, as the generals yell, "You are fired!" Trump-style at the protectors of Myanmar's reform production.

"Changes at the Central Bank of Myanmar create uncertainty and should give everyone serious pause," a prominent foreign businessman and longtime Yangon resident tells me.

Investors can debate whether the CBM's reform drive was rapid or bold enough. "But in hindsight," the businessman says, "the previous team, along with the Ministry of Planning and Finance, did preside over relatively remarkable stability in a frontier economy undergoing constant change -- this was an unsung positive for investors, local and foreign alike."

Others tell me the timing of the CBM shake-up could not be worse. Local commercial banks, many already risking insolvency, got bloodied by COVID-19. The junta-installed team must hit the ground running to protect hard-won stability. Will the military's moneymen have the skill to keep all sizable banks from failing? The pandemic now collides with concerns about the expertise level at the central bank.

Economic modernization efforts and investor confidence hang in the balance as the generals call a freeze on financial upgrades. That is quite a gamble to take with a $75 billion economy.

At the very least, McKinsey's belief in 2016 that Myanmar's gross domestic product is headed to $200 billion by 2030 is at grave risk. It also imperils the deep international relationships that Naypyidaw built these last 10 years.

The most obvious example is Australia's campaign to secure the release of countryman Turnell. Canberra is "very concerned," says Foreign Minister Marise Payne. Another area of concern can be seen at Bank of Japan headquarters in Tokyo.

Though China's ties to Myanmar's government -- and its military -- get the headlines, the BOJ has quietly helped train CBM staff and provided vital technical assistance as the nation lowered its financial walls to international markets.

That includes helping Myanmar upgrade its market infrastructure. The CBM's core systems, for example, were built with the help of the Japan International Cooperation Agency, NTT Data and the Daiwa Institute of Research. Tokyo was instrumental in pulling Myanmar into the global currency swaps matrix. That includes the Chiang Mai Initiative, which offers liquidity support in times of crisis.

Now BOJ officials fret about the status of hard-won bilateral and regional cooperation on monetary policy and financial stability. Say what you want about the Thai junta that grabbed power in 2014. It did not completely commandeer operations at the Bank of Thailand.

Granted, the idea of central bank independence has become quite complicated. Look no further than Trump's four-year reign, which treated the Federal Reserve almost like a family-office entity. The same with the mechanics of democracy, even in Washington, these days.

But the junta's assault on the central bank makes a mockery of claims about election fraud, illegal walkie-talkies or some kind of brief political time out. Clearly, the generals are settling in for the long haul. And putting a $75 billion economy in harm's way.