NBA's row with China pitches freedom of speech against finance

Other sports may take advantage of basketball league controversy 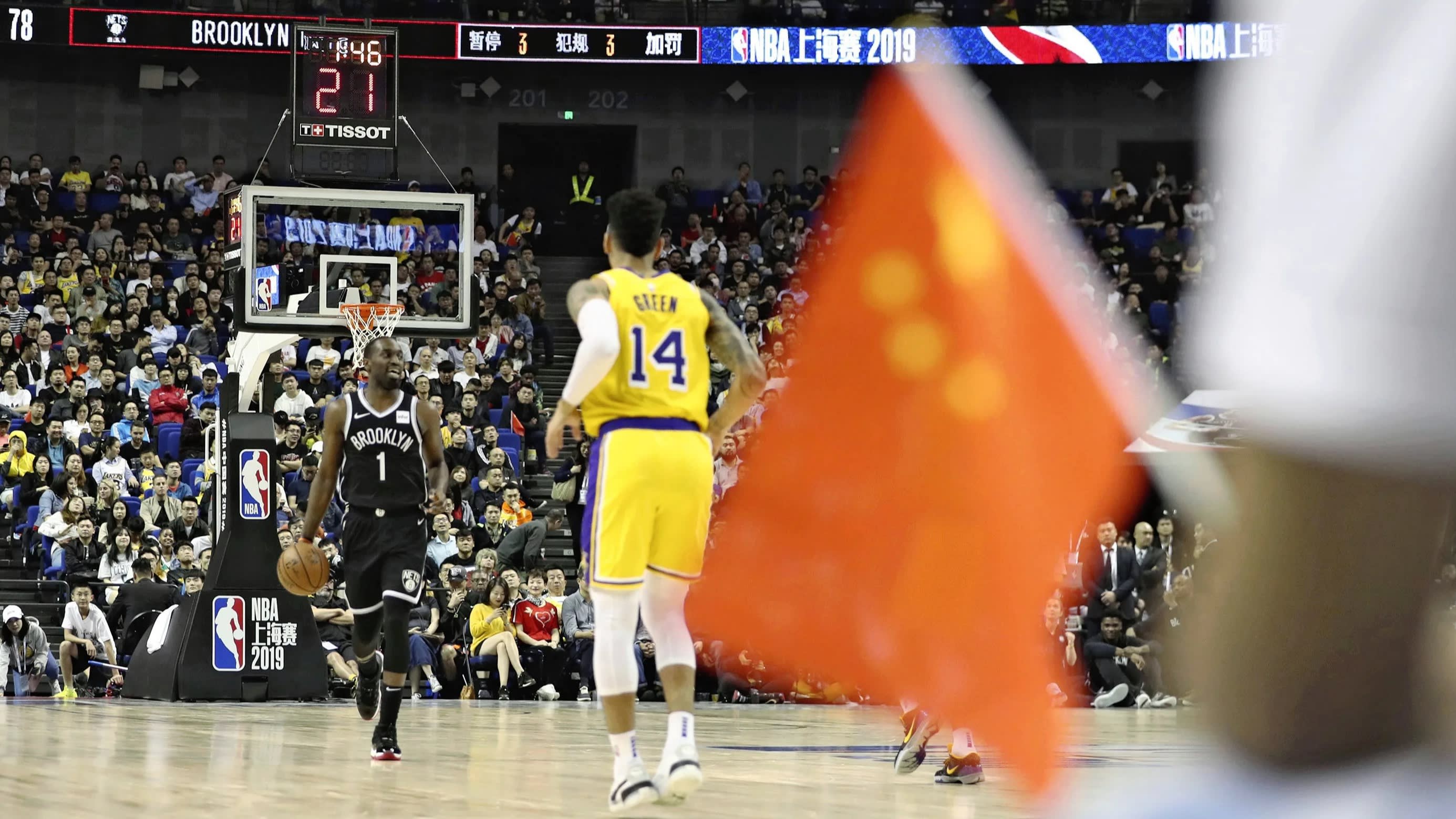 The NBA's Brooklyn Nets took on the Los Angeles Lakers in Shanghai on Oct. 10: the league's loss could be someone else's gain.   © AP
CopyCopied

When Daryl Morey, general manager of the Houston Rockets basketball team, tweeted just over a week ago in support of pro-democracy protests in Hong Kong, little could he have expected that his seven-word message might become the most expensive tweet in the history of the business of sport.

The backlash has been swift, with Chinese state broadcaster CCTV canceling plans to show National Basketball Association preseason games being played in China and more than a dozen Chinese corporate partners of the Rockets or the league suspending ties.

On the other side of the Pacific, members of Congress attacked the NBA's initial conciliatory response as a betrayal of free speech while fans wearing "Free Hong Kong" shirts have been thrown out of exhibition games in the U.S. between teams from the NBA and China.

Morey's one tweet, since deleted, has sparked an international row which has spread far beyond the confines of the basketball arena and more importantly, has spotlighted a conflict between freedom of speech and billions of dollars worth of commerce.

For the league, the timing of Morey's tweet was particularly awkward, coming just before scheduled exhibition games in Shanghai and Shenzhen and two months after it signed a five-year deal for streaming rights with Chinese internet company Tencent Holdings. Analysts valued the deal then at $1.5 billion.

Although the NBA does not disclose detailed financial information about its overseas media and sponsorship arrangements, the deal with Tencent stands to provide one of the league's biggest sources of overseas revenue.

More than any of the other rebukes from corporate China, what stung the league most was Tencent's declaration that it would drop plans to stream the exhibition games to be played in China and suspend all broadcasts of Rockets games.

The NBA's 30 teams brought in a combined $8 billion in revenue last season, according to data compiled by Forbes magazine, with the average team turning a profit of $61 million. While losing $300 million a year from Tencent would have an impact, it would represent less than 4% of the NBA's total revenue last year.

That is hardly enough to destabilize the league. By comparison, the NBA's current contract for U.S. broadcast rights with cable channels ESPN and TNT is worth $24 billion over nine years, or $2.66 billion annually.

So if the deal with Tencent does not represent a large portion of the NBA revenue, why has the league been so quick to try to make amends with the Chinese government and corporations?

There are a number of economic reasons. To begin with, revenue from broadcast deals, such as the one the league signed with Tencent, is split among both owners and players, unlike certain other revenues that the players do not share.

Additionally, the NBA has to worry about the potential ripple effect that losing the Chinese market would have for league partners elsewhere, such as Nike, which is quite dependent on China both for manufacturing and sales. 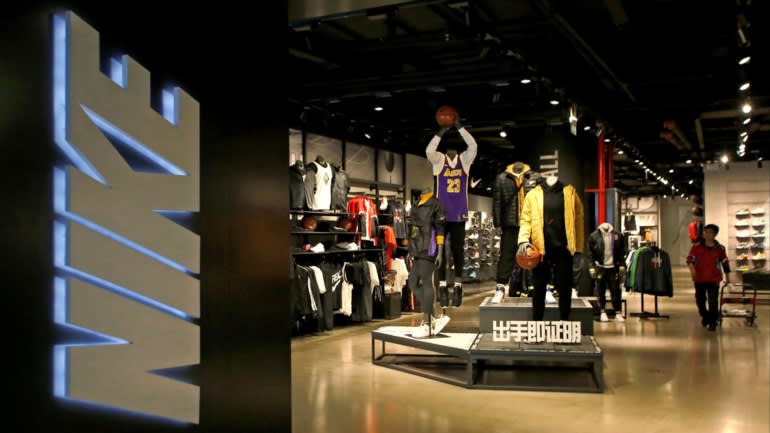 A Nike store in Beijing: the U.S. sports brand is quite dependent on China both for manufacturing and sales.   © Reuters

There are also worries that the NBA's loss could be someone else's gain. Other major professional sport leagues have long been trying to expand their reach in China, mostly with minimal success.

Even top European soccer clubs like Spain's Real Madrid, which opened a soccer academy in Guangzhou, and Britain's Arsenal, which launched a bar for fans near the Bund in Shanghai, have failed to outpace the NBA in winning the attention of Chinese consumers.

The fracture between China and the NBA could represent an opportunity for other professional sport leagues to expand their presence. But any organization that decides to do business in China has to be aware of the political dynamics that come with the territory.

The NBA has positioned itself in recent years as a politically active organization, with Commissioner Adam Silver often mentioning the diversity of the league and showing tolerance for player involvement in social movements and protests.

Now the league finds itself at a crossroads where it needs to choose between acquiescing to political pressure from China to sustain its financial status quo or forgoing monetary gains to maintain the social and political image it has created in North America.

No matter what its decision is, the league needs to recognize it will be unable to assuage all parties. Nicholas Watanabe is an assistant professor in the sports and entertainment management department of the University of South Carolina.