How better PR can bring New Delhi and Washington closer together 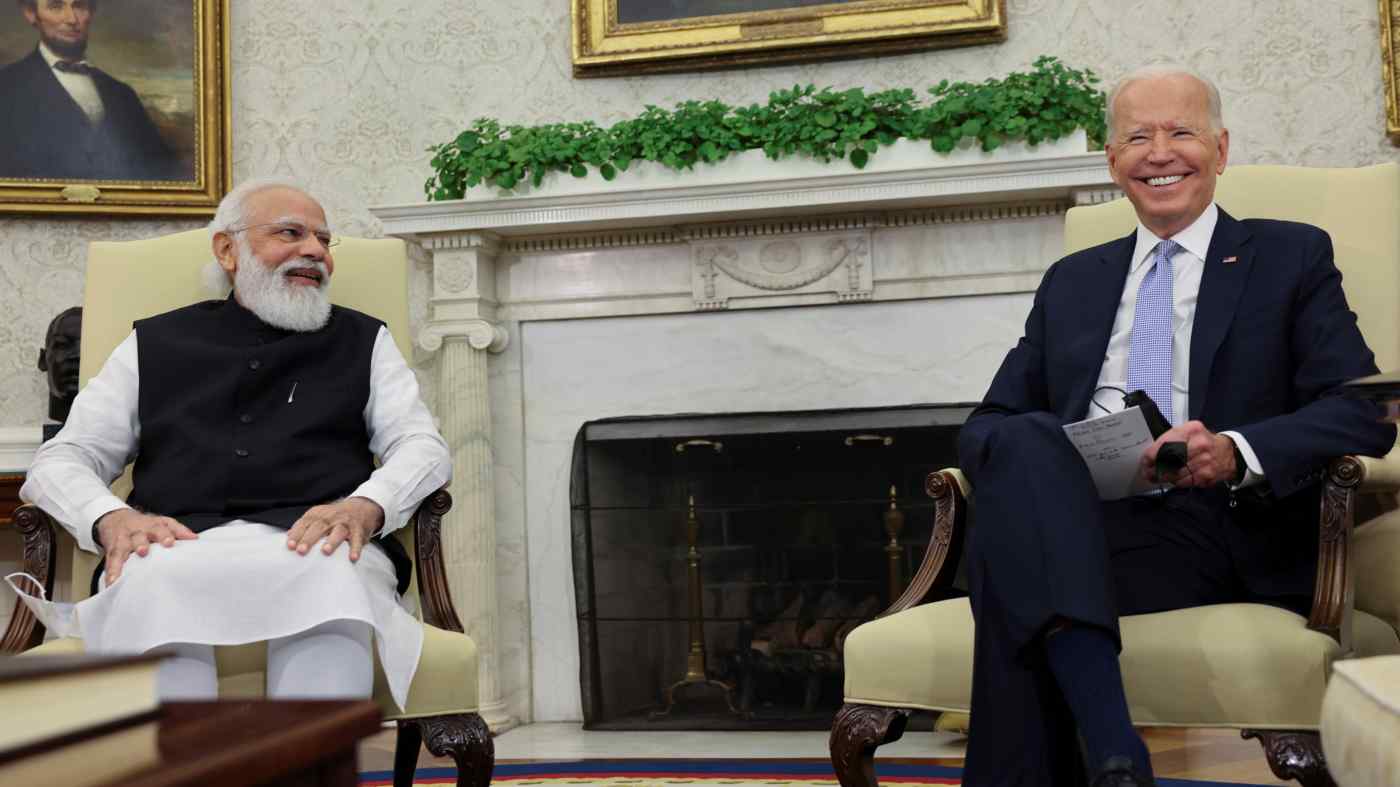 The Washington summit between Indian Prime Minister Narendra Modi and U.S. President Joe Biden last month was meant to clear the air and put the two nations on a path to closer ties.

One jarring moment that was hard to miss came at the joint press conference with Modi, where Vice President Kamala Harris pointedly referred to the need to preserve internal democracy both in India and in the U.S.

While it is hard to deny Modi's popularity in India, one constituency he has not been able to please is the foreign press, which his supporters have branded as being anti-Modi, anti-India or even anti-Hindu.

But given how acutely conscious Modi is of his image as a leader, it is curious to see how vulnerable he is to what we call India's never-ending image problem, a story that begins with India's first prime minister, Jawaharlal Nehru.

In the years following India's hard-won independence in 1947, Nehru faced a fractious relationship with Washington, where the U.S. establishment was suspicious of Nehru's socialist leanings and uncomfortable with his cozy relationship with communist China. Unflattering stereotypes of India as a land of snake-charmers and bovine pedestrians thrived in lay American minds.

It was in this context that in 1951, India's then-ambassador to the U.S., Vijay Laxmi Pandit, recruited Edward Bernays, the so-called "father of public relations" and a nephew of Sigmund Freud, to burnish India's image.

For many Indians, it was inconceivable that socialist-leaning Nehru could have engaged America's No. 1 Publicist, while Bernays himself was aghast to discover how the Indian government's own image-makers were blaming the newspapers for New Delhi's failures.

What is more remarkable though is that 70 years later, the state of Indian outreach to the West is largely unchanged, with the narrative of democracy under siege mostly blamed on a conspiratorial international press. Edward Bernays, one of those credited with creating the profession of public relations, pictured at age 89 in March 1981.   © Bettmann/Getty Images

But what Bernays found, and this remains true today, is that Washington had high hopes for India, sending economic aid and technical assistance New Delhi's way to strengthen it as a bulwark of democracy against China.

Fundamentally though, the bilateral relationship remained uncomfortable and was fraught with ambiguities such as India's refusal to take sides in the Korean War, a stance that aroused the special loathing of the American public.

It is clear from Bernays' memoir that he sympathized with India and saw its promise as a democracy. He was not acting as a mercenary peddler of influence. In his dealings with intelligence officials and experts, Bernays was careful about arriving at the best alignment between American and Indian interests.

Bernays was aware that creating goodwill for India in the U.S. was not merely a favor to the Indian government. It would also make things easier for Indians living in the U.S. if they had the respect of the average American. Realistically, Bernays felt that was the most he could achieve.

Eerily echoing the contemporary scenario, Kashmir was the breaking point in the relationship between Bernays and India. Unhappy with a New York Times editorial critical of India's Kashmir policy, India's then-ambassador to the United Nations Arthur Lall stormed into the newspaper's offices in a thinly veiled attempt at intimidation, prompting Bernays to quit in disapproval.

In his resignation letter, Bernays warned that India's inability to accept that the American press was not an extension of the government make public relations management much more complex. Prescient in light of the current situation, Bernays told Nehru that this suspicion about the American press could harm its international relations in the future.

When then U.S. President Donald Trump visited India last year, there was new hope of fresh intimacy between the two countries, with Modi finally closing the distance that Nehru had put between New Delhi and Washington.

The truth is more complex. As his engagement with Bernays shows, Nehru was trying to forge closer ties with the U.S. And today, despite the evident bonhomie between Trump and Modi, Biden's own lukewarm disposition toward Modi shows that Washington and New Delhi remain far apart.

Modi's assertion when he began as prime minister was that a strong leader would go a long way toward improving India's image in the world. And when it came to his domestic critics, castigating them as "anti-Hindu, anti-India, anti-Modi" has certainly worked.

But this strategy has evidently not worked when it comes to India's foreign critics, and it remains unclear whether he understands the careful balancing act that is required between image management and the actual crafting of foreign policy. The Bernays-Nehru episode has lessons for him.

Images that proliferate feverishly in the digital age can deceive us when it comes to popular leaders and the limits of their powers. But, as Bernays observed, the real world demands that popular leaders must still have a stake in the substance behind their own image.

It would be incredulous to think that the father of public relations genuinely believed that propaganda need not always have a vulgar slant. Understanding the roots of India's continuing image problems suggests that the right mix of careful propaganda could actually further world democracy by bringing India and the U.S. closer.