Yi Gang could well be a good captain, but will not be master of his own ship 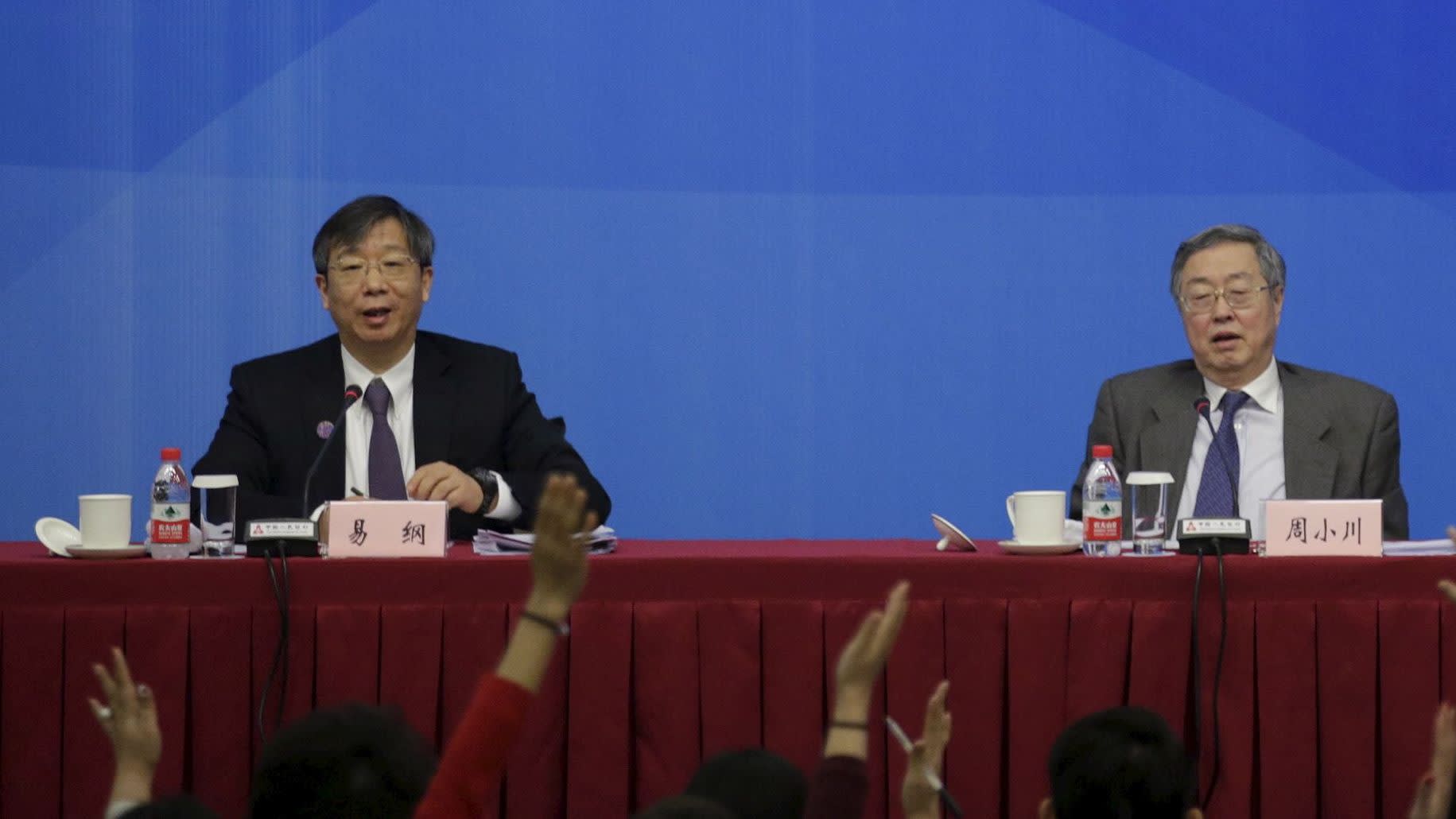 Yi Gang is as safe a choice to run the People's Bank of China as Beijing could have made. The U.S.-trained economist has been outgoing Gov. Zhou Xiaochuan's deputy for more than a decade and shares his determination to clean up the financial sector and modernize Asia's biggest economy.

Yet Yi will helm China's most powerful global institution in a shifting political environment that could be anything but safe for economic progress.

The widely respected Zhou retires just as President Xi Jinping digs in for a long tenure, perhaps until death. While Xi, leader since 2012, is widely seen as a reformist determined to open the economy, his power grab is inconsistent with the ideals of Deng Xiaoping, the architect of modern China. Deng warned against the "excessive concentration of power" and worried unchallenged "leadership of a single person" could lead to mistakes.

Those concerned about the global economy, in other words, just have to hope Xi is as smart as he thinks he is. They also have much riding on Yi's ability to maintain Xi's ear and play the honest broker role as Zhou did these last 16 years.

When Xi grabbed the reins, he was, in effect, stuck with Zhou. The outgoing governor straddled three presidents. He oversaw the de-pegging of the currency, modernized monetary-policy techniques, ended the cap on deposit rates and secured a place for the yuan in the International Monetary Fund's reserve-currency club. Zhou used his place in the Deng-reform continuum to great effect.

Zhou's mentor was Zhu Rongji, premier from 1998 to 2003. Long before that, Zhu was one of Deng's economic disciples. That lineage, along with Zhou's gravitas among the Davos World Economic Forum and Group of 20 nations sets, gave him a strong voice in political circles. That kept efforts on track to open the capital account, increase transparency and curb the worst excesses of shadow banks, state-owned enterprises and local governments.

Yi's challenge will be to protect this honest broker role and retain access to Xi's ear. Zhou's outsized influence helped the PBOC transcend its lack of legal independence and manage the opaque Beijing decision-making that could have limited its influence. Can Yi do the same?

The new governor must navigate a system now devoid of the kind of tension Deng advocated. Xi becoming de facto autocrat morphs China back to something approximating the Mao Zedong era -- one-party rule replaced by one-man rule. Without collective leadership, without meaningful voting among party members, the rule of law and the evolution of institutions -- such as the central bank -- suffer.

The paradox is that Yi inherits a central bank that is exponentially more powerful at home and abroad than Zhou did in 2002. That was when Alan Greenspan, then the Federal Reserve chairman, dwarfed the influence of all other central bankers. China then produced just $1.5 trillion of annual output versus about $12 trillion now. China has become the biggest trading nation, largest oil importer and main foreign holder of U.S. Treasury securities. In 2017, China accounted for more than a third of international growth.

An immediate challenge will be figuring out how to respond to a Fed telegraphing four interest-rate hikes this year. Yi's institution will also be on the frontlines of U.S. President Donald Trump's efforts to weaken the dollar and threats to start a global trade war.

The internationalization of the PBOC will be among Yi's biggest headaches. Like the Fed watchers of old, a cottage industry has sprung up to decode PBOC policies and what they mean for global markets. China's direct linkages with other central banks remain small relative to the Fed. But its scale and rapid growth make any and all PBOC decisions market-moving global news.

Even so, financial stability begins at home. One of the PBOC's signature accomplishments was steering China around the worst of the 2008 global crisis. Yet the hangover from that period falls on Yi's lap -- a debt-to-gross-domestic-product ratio heading toward 300% and beyond. Yi's must clean up those excesses without slamming an economy Xi decreed must grow 6.5% this year.

Yet there are still notable limits on Yi's powers. While Yi's team can drive microeconomic tweaks, overall policy will be dictated one rung above Yi's pay grade -- by Xi's top economic adviser. That will be Vice Premier Liu He. That could limit sweeping upgrades to cleanse the system, including more international standards of transparency. It also could limit more forceful efforts to tap the monetary brakes, if Liu is not in agreement. So, Yi can be overruled, policy-wise, in ways Zhou, with his outsized presence, might not have been. Much will rely on Yi's ability to give the PBOC a strong and autonomous voice in Xi's inner circle.

A Yi-led PBOC is indeed a comforting sign. Born in 1958, Yi joined the central bank in 1997, at the height of the Asian financial crisis. For a time, he ran the State Administration of Foreign Exchange, where he oversaw the expansion of the globe's largest pool of currency reserves. He helped the central bank boost the yuan's international use and ease trading restrictions.

A fluent English speaker, Yi earned a degree in business at Minnesota's Hamline University and a Ph.D. in economics at the University of Illinois. By 1986, he was a professor at Indiana University.

He should not expect a honeymoon period. Accelerating inflation and managing capital outflows will keep him plenty busy right out of the gate. And, of course, wringing excesses from the system without crashing the economy.

No central banker wants to be blamed for driving growth sharply lower. In 2017, the economy saw the first acceleration in national growth since 2010. Yet the steps Yi must take to curb the froth in credit and property markets are sure to have a chilling effect on business and economic dynamics. And he must take his decisions with the unpredictable he Trump White House constantly in mind.

Yi's job might be easier if not for Xi's adherence to annual economic growth targets, which warp incentives. Communist Party bigwigs and municipal governments focus more energy on making their numbers than retooling growth engines.

Xi's ambitious long-term policy goals also are sure to complicate Yi's decision process. Reaching per capita income of $10,000 within a few years, as Xi wants, and turning China into a "fully developed" nation by mid-century require heady growth. Yet weaning China Inc. off debt and reducing risk necessitates slower growth. Yi has his work cut out to manage these dueling tensions within a political system whose legitimacy rests on rapid GDP increases -- and one run by a president settling in for a very long reign.

Yi is a solid choice to run the PBOC. But whether Yi will have the clout to speak truth to power and keep China on the reformist path is anyone's guess. Only Xi knows how successful Yi will be allowed to be.