Desire to express remorse adds to, but does not change, historical portrait

Hirohito is back in the headlines. Notes by former palace official Michiji Tajima, recently disclosed by public broadcaster NHK, reveal the emperor's personal reflections on the war, abdication, rearmament and his own role in events.

In themselves, these additional pieces of the past contain little that is new or startling. But when they are fitted into the frame of other materials that have appeared since his death in 1989, the emperor becomes a fuller historical figure: the portrait of an individual rather than an institution.

We come closest to hearing Hirohito in his own voice in Tajima's notes, in diaries and memoirs of palace officials and in the emperor's "soliloquy," Showa tenno dokuhakuroku, made public in 1990.

The soliloquy was transcribed in spring 1946 as a kind of inside-the-palace practice for a possible trial of the emperor as a war criminal. Thanks to General MacArthur, the emperor escaped trial, but his views on the war, abdication and politics in 1946 resonate with the statements recorded by Tajima between 1949 and 1953.

At that time war responsibility and abdication were once again in the news, following the judgment of the Tokyo War Crimes Tribunal in November 1948. Prewar or postwar, Hirohito kept abreast of the times.

Therefore it is no surprise to learn from Tajima's notes that the emperor proposed that he express "remorse" in his 1952 speech celebrating Japan's independence from Allied Occupation. He called on everyone to reflect and regret, since "we have all done bad things." The war, he said, was a result of "overthrow from below," gekokujo, using a term he knew well from the attempted military coups of the 1930s. He explained his own actions -- and inaction -- in terms of what he was permitted as a constitutional ruler. It was "no longer possible" to prevent the Tojo cabinet's decision for war in 1941; no one said anything about the Nanjing Massacre so he "too, did not pay it attention."

The emperor was consistent. He supported the war during wartime, celebrating victories and lamenting defeats. He supported the peace after the defeat and spoke of his own responsibility. Throughout his reign he reflected and responded to the trends of the times rather than either strongly directing or contradicting them.

And he was consistent, too, in fulfilling the obligations of his office as he understood them. In the soliloquy he explained his reluctance to make one decision or another because the act would have been seen as "dictatorial" rather than constitutional. He asserted that his outright opposition to the war would have caused "internal chaos," again thinking of rebellion "from below."

He more than once said he would be willing to abdicate but always in the context of the preservation of the imperial institution or, as he often put it, its symbolic three treasures. In fact, he took it as his responsibility not to abdicate. For worse and for better, he played the part he was given.

An old argument depicts the prewar and wartime Hirohito either as a figurehead or a mastermind, a puppet or a god. He clearly was neither.

The new documents show that he continued to express opinions about postwar politics, urging rearmament against the Soviet threat during the early Cold War and supporting constitutional revision. He had done the same before the war, commenting on military decisions and indicating strong preferences for cabinet choices and prime ministers. In the postwar years Tajima had to remind him that he could not relay such imperial opinions to Prime Minister Yoshida now that the emperor had become "the symbol of the state." The difficult, and unusual, fact was that while the imperial institution had been constitutionally redefined in 1947, the emperor was still the same man.

Late in life Hirohito hinted that Japan's ongoing confrontation with its responsibility for the war weighed on him to the end.

Some wonder what might have happened if Prime Minister Yoshida had not refused to let the emperor express "remorse" in his 1952 speech. Had the word appeared, it would have marked an early stage in the long process of coming to terms with the war.

The emperor's "apology" was directed to the catastrophe of war itself and its Japanese victims. It remained for his son Akihito, now emperor emeritus, to express regret to the Asian and Pacific victims of the war, a posture likely to be continued by the present emperor.

Meanwhile the current Abe government both uses the general language of remorse and avoids direct apology at the same time. In today's politics of apology, the government is expected to do the apologizing, as the German President did last week in expressing regret for the "German crime" in starting the war by invading Poland. This is now a political, not an imperial, issue.

The emperor's new quotes add to his image without changing its shape. Recent headlines suggest a revelation about the emperor's past, but the most affecting aspect of these postwar records is likely to be hearing Hirohito's voice in conversation with himself about what went down on his wartime watch. 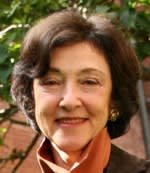