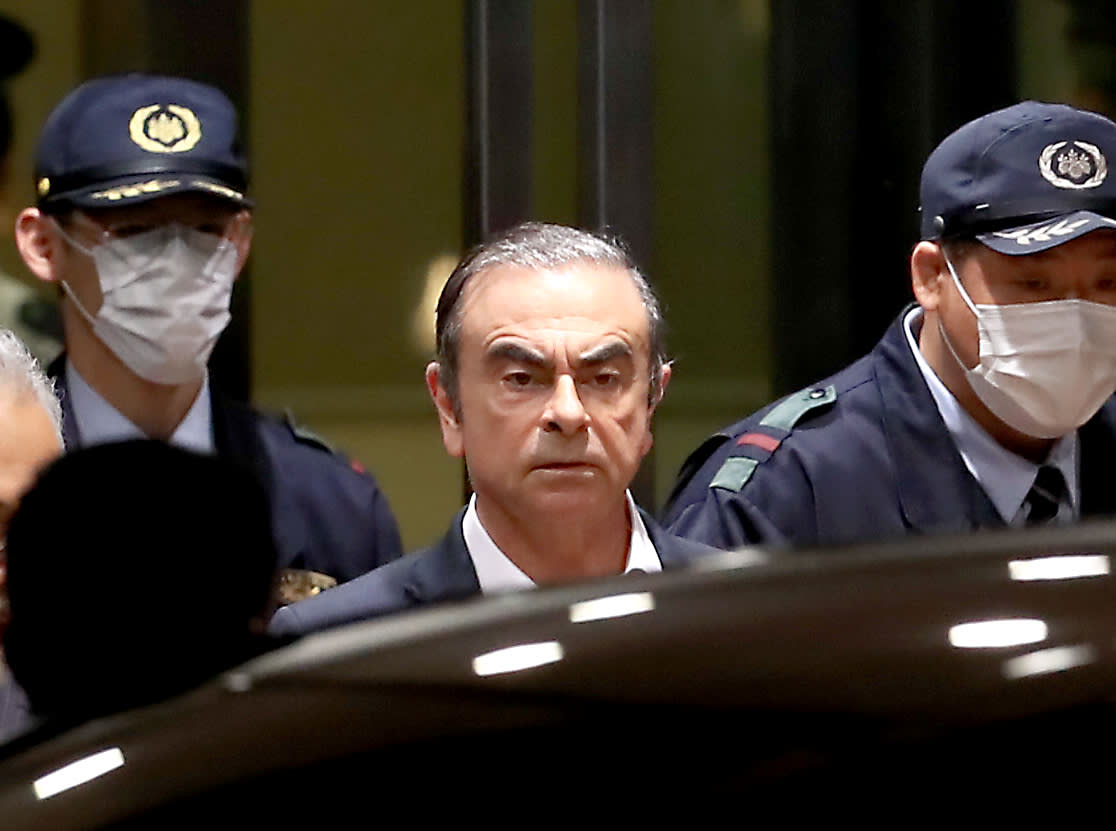 Carlos Ghosn leaves the Tokyo detention house in April 2019 after being released on bail. (Photo by Taro Yokosawa)

"I have not fled justice -- I have escaped injustice and political persecution," Ghosn said of his departure, which violated bail conditions banning him from overseas travel.

Each country's justice system is rooted in its history and culture. Disagreeing with another country's thinking or methods does not give one license to flout its laws. Ghosn's actions trample on Japan's rule of law and sovereignty with regard to criminal prosecution, justice and immigration, and they should be condemned.

In the U.S., Ghosn agreed to a $1 million penalty in a settlement with the Securities and Exchange Commission on fraud charges related to his compensation -- some of the same allegations for which he was arrested in Japan. If Ghosn thought he could slip away from Tokyo while not even fighting the charges in America, that goes to show his contempt for Japan's system.

The Japanese government must take this situation seriously. Because Japan lacks an extradition treaty with Lebanon, Beirut is unlikely to agree to turn over Ghosn, who holds Lebanese citizenship. Even so, Tokyo should explain his actions to the Lebanese government and press hard for his extradition.

There have been various reports on tricks Ghosn purportedly used to leave the country. If Tokyo cannot get matters under control, more escapes could follow, potentially damaging international confidence in Japan.

Judicial authorities, prosecutors and the Immigration Services Agency must thoroughly investigate and make clear how a well-known figure barred from leaving the country was overlooked, and deal strictly with any accomplices or legal breaches that may have been involved.

The investigation into Ghosn brought a flurry of criticism of Japan's so-called hostage justice -- the practice of detaining suspects for long periods of time unless they confess to the crimes of which they are accused. The Tokyo District Court granted Ghosn bail last year, in a rare step for a case handled by the special investigations unit of the public prosecutors office. But in the end, he still fled.

Ghosn's case is one of a number of recent instances of suspects fleeing or committing crimes after release on bail. Discussion is urgently needed on the state of Japan's bail system and how it is run, to better determine which suspects pose the greatest risk as well as how to track the activities of those who are released.