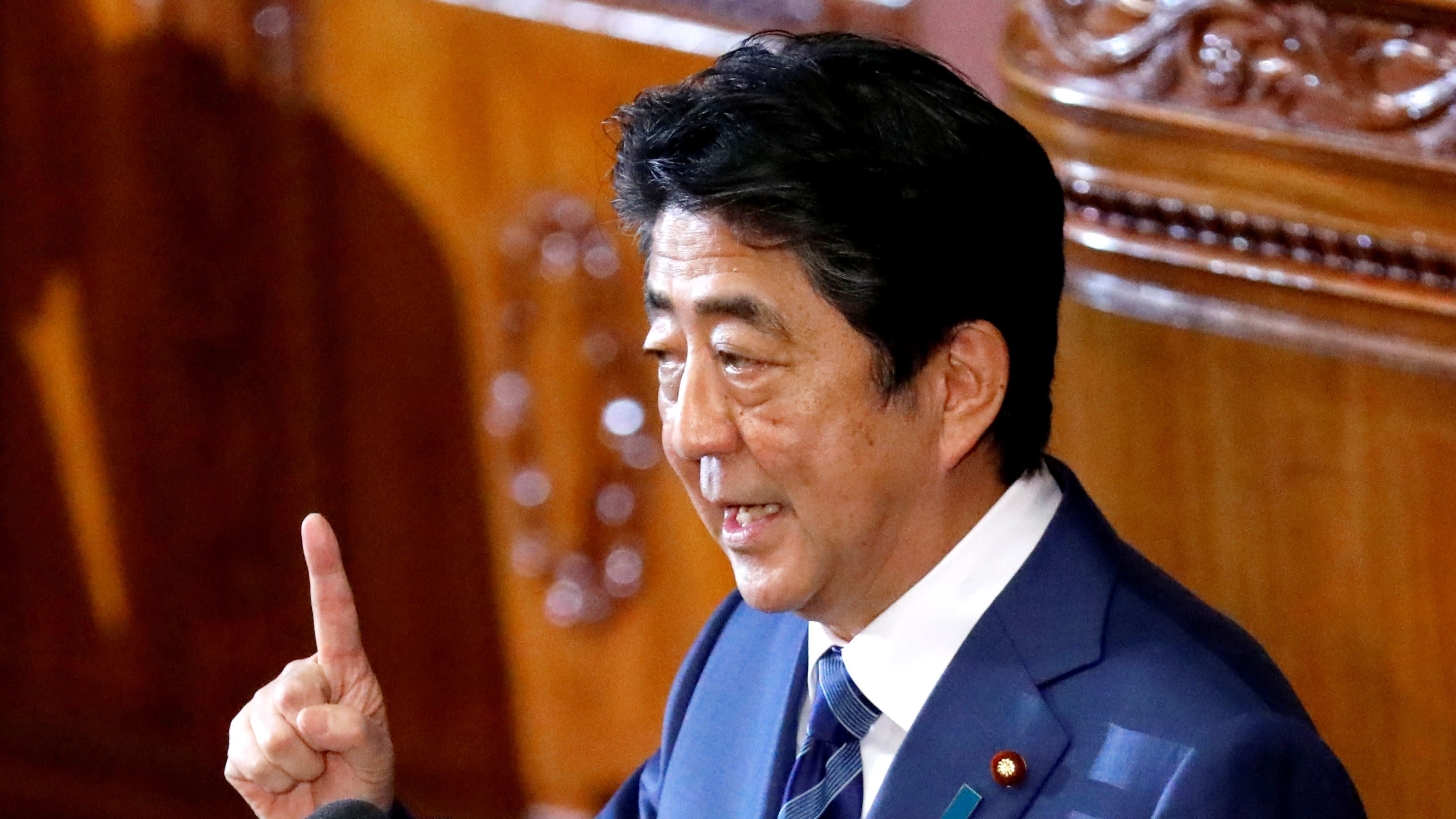 It did not take long for any suggestion that the scandal at Nissan Motor might be a unique one-off for corporate Japan to be blasted away.

Just two days after the carmaker was making headlines with the arrest of chairman Carlos Ghosn for alleged financial wrongdoing, camera maker Olympus delivered a stark reminder of a 2011 accounting fraud.

On Nov. 21, the company was forced to shelve a planned $88 million bond issue after an in-house lawyer, who is suing Olympus, alleged that his employer had failed to change the rotten culture that had led to the scandal, a full seven years ago.

It was a clear signal that Japan Inc.'s corporate governance shortcomings are deep-rooted as well as widespread. It is not just an embarrassment for the boards in question but for Prime Minister Shinzo Abe and his much-ballyhooed six-year reform drive, which includes a big dose of corporate governance reform.

When the prime minister began his Abenomics program in December 2012, fallout from the $1.7 billion Olympus fraud was still making headlines. A year earlier, whistleblowers led by British CEO Michael Woodford detailed a web of deceit, involving the concealment of losses.

Abe acted quickly to change the Japanese boardroom narrative. His team introduced a U.K.-inspired stewardship code to give shareholders a bigger voice and nudged boards to hire more outside directors. The Nikkei Stock Average has since soared, rallying 114% on Abe's watch, as investors decided that the program would deliver.

But as Olympus shows, though, even prominent problems that existed before Abe started work have not been fixed.

In-house lawyer Hiroki Sakakibara alleges that illegal payments were made in China. Olympus disputes the claims, telling the Financial Times it has adequately strengthened its corporate structure in recent years. The company's handling of these allegations, though, suggest compliance measures adopted after 2011 have failed to reinvent the maker of optical devices.

Nissan's crisis amplifies the point. On Nov. 19, Ghosn, the hard-charging leader of Renault-Nissan-Mitsubishi, was detained for allegedly underreporting income and misusing company assets. It is as dramatic a comedown as any in modern memory -- and it has Japan Inc. on the defensive in ways investors thought Abe had sent to the dustbin of history.

Japanese love a museum. Across the archipelago, you will find many galleries showcasing historical realities, social quirks and cultural curiosities: robots, ramen, curry, sex, you name it. Yet no exhibit would better capture the zeitgeist than a Hall of Corporate Shame.

Olympus would get its own wing, of course. So would Tokyo Electric Power which, by its alleged negligence in handling the impact of the 2011 earthquake on a nuclear plant, still has Fukushima in the news seven years later.

Between them the Toshiba gallery. In 2015, the 143-year-old electronics conglomerate got exposed for overstating operating profits by at least $1.2 billion over several years.

Nor is this all ancient history. KYB, the seismic device maker, deserves an exhibit this year for failing to test its equipment properly. Kobe Steel merits a newly prepared place for falsifying data.

Japan definitely does not have a monopoly on corporate malfeasance. Yet these scandals are especially important in Japan because they raises serious questions about Abenomics. Inflation is nowhere near 2%, broad wage gains have not materialized. Improved governance was long touted as a big Abe win. Instead, investors are finding these reforms lack teeth.

Much of what has been implemented since 2012 is voluntary. Take recommendations that boards add at least two independent directors. Why not mandate at least two or more? Why not also demand that these voices be credible, knowledgeable and unbiased?

What scandals from Olympus to Toshiba to Nissan share in common is friendly directors unlikely to tackle festering problems or speak truth to power.

Nissan's board, for example, was long stacked with insiders. When two outsiders were finally appointed this year they were a racing driver and a retired trade ministry bureaucrat, neither with direct business experience, let alone specific corporate skills such as accountancy.

Nissan and Olympus share something else: how the corporate insiders strike back. After Woodford was shown the door at Olympus, the hierarchical Japanese seniority-based culture of a company founded in 1919 reasserted itself.

The same goes for Nissan. When Ghosn arrived in Yokohama in 1999, the man now replacing him, Hiroto Saikawa, had already been there two decades. At a Nov. 19 news conference, Saikawa spoke expansively about the "dark side" of the Ghosn era. To longtime Japan observers like Kenneth Courtis, a former Goldman Sachs executive, says: "Old Japan is striking back, and is taking back control of Nissan."

Saikawa was right to have Ghosn investigated if he had good grounds to act. But it is odd, though, to hear Saikawa blaming the man who saved debt-ridden Nissan from collapse for its current troubles (including a 10.9% drop in net profit for the six months to September). Saikawa was part of the management that crippled Nissan before 1999. Equally, Saikawa has been CEO since April 2017, so presumably bears at least some responsibility for this year's downturn.

It is high time Abe regained control. He should spell out tighter codes of conduct for appropriate outside directors. A more robust and impartial board might have asked Ghosn tough questions earlier, including about his pay. It might have checked his rock-star grandeur. It might have debated more energetically whether the three-way alliance that Ghosn created undervalued Nissan shares, as Saikawa and his Japanese colleagues contend.

Team Abe also should ramp up investigative capabilities to punish wrongdoing with heavy fines and jail time for serious cases. Regulators must police the cross-shareholdings between friendly companies. They tend to reward mediocrity and shield boards from outside pressure -- including takeover attempts.

Tokyo should end the untransparent practice of amakudari, or descent from heaven. When bureaucrats angle for cushy post-retirement posts in industries they oversee, they might go easy on executives. Ironically, this is more urgent given Abe's push for extra outside directors, which could accelerate the revolving door from government to executive suites.

Ministers should consider using tax incentives to reward companies that increase the ratio of promotions based on merit over age-based seniority.

Finally, Abe should use the political pulpit to name and shame companies clinging to fossilized practices that belong in a museum. Too much corporate deference has done great harm to Japan Inc.