No easy exit for investors from post-military takeover Myanmar 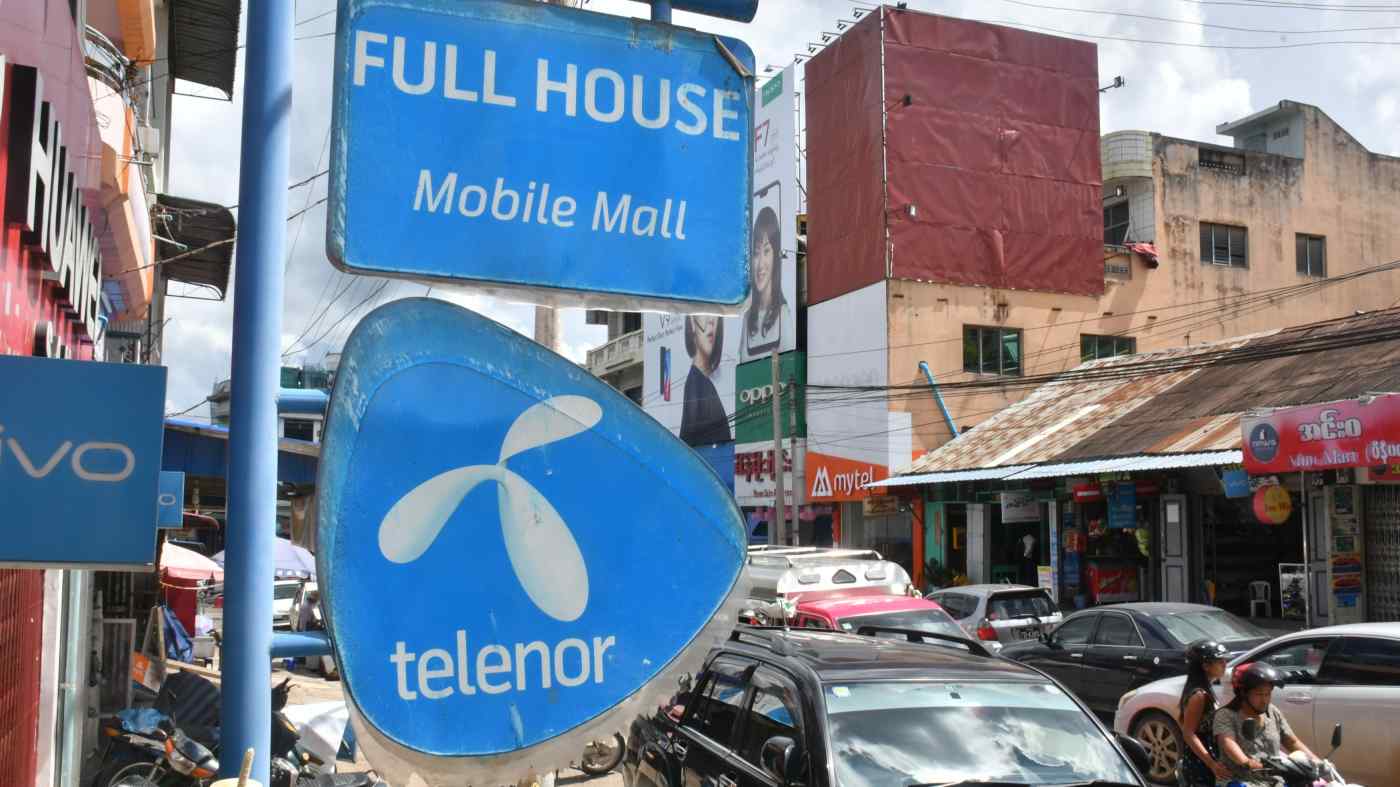 A Telenor sign outside a cellphone retailer in Myanmar's Shan state, pictured in June 2018: the company's task now is to find a buyer for its local assets and wholly-owned subsidiary. (Photo by Yuichi Nitta)
CopyCopied

Nicholas Farrelly and Alice Dawkins are part of the analytical team at Lydekker, an Australian consultancy specializing in Asia-focused strategy problems.

From 2011 onward, market entry specialists made merry in Myanmar, with round after round of investors calling to explore opportunities in what was, until the COVID-19 pandemic and the Feb. 1 military takeover, one of Asia's most enticing high-growth stories.

Not everyone ended up making money, and there were loud warnings about the challenging operating environment. The elected government often struggled with its international partners, with burdensome processes tying up some projects for many years. Yet the military takeover has made those years look like a period of sunshine and steady progress.

Every business that invested significantly in Myanmar now needs to consider the implications of what to do next. The in-demand service du jour is navigating the fraught conditions that may lead to market withdrawal. And, as a number of prominent players are finding, that process is lengthy, messy and uncertain.

In the immediate aftermath of the February military takeover we saw cascading exit announcements by companies with local businesses and embedded ownership arrangements.

The rush to get out of Myanmar met urgent needs in terms of reputational risk and at the same time operational and strategic issues began to metastasize in a relentlessly bad way. The Myanmar economy is estimated by the World Bank to have shrunk by 18% in the year to the end of September. But with so much violence and upheaval, who would really know?

In what is a jumbled, even chaotic, situation on the ground the implementation of a good departure is challenging for multiple reasons.

First, with new military-aligned stakeholders driving the agenda from Naypyitaw, and with many previously reliable decision-makers locked up or in hiding, years of patient investment in strong relationships are rendered mostly irrelevant.

Second, the country's financial situation is intensely problematic. Banks are under pressure, as illustrated by the tellingly long queues that formed at ATMs earlier this year. Repatriating residual capital is extremely difficult.

Third, and without exhausting the list of issues, there is profound unpredictability about how Myanmar will evolve in the medium term. Some are wondering whether it would be better to stay and ride out the storm.

From Tokyo to Perth in Australia, corporate executives have come to appreciate that dissolving the knotted threads of local business activity can become a never-ending project. A company news release may take 24 hours to draft and release, but the disentangling of complex co-ownership structures can easily congeal into a monthslong, agonizing stasis.

One of the hardest hit companies is the Norwegian telecommunications giant Telenor, which wrote off its Myanmar business in the first quarter of 2021, booking a loss in the country of more than $750 million. The company's task now is to find a buyer for its local assets and wholly-owned subsidiary, and to win approval for the sale from the military regime's Ministry of Transport and Communications and Myanmar Investment Commission.

The Australian natural gas behemoth Woodside Energy is in a similarly vexing position. The company says that "all Woodside business decisions in Myanmar are under review." But with assets tied up in multiyear, multipartite, massive infrastructural endeavors, a swift withdrawal is neither practicable nor desirable for shareholders.

The strategy for getting out of Myanmar is also complicated by the pandemic. There are travel restrictions, onerous quarantine requirements for those who cross borders, a deeply traumatized and fearful Myanmar population, and a callously reinvigorated government security apparatus.

So what do foreign businesses need to consider, especially when there are no easy options?

If the military takeover is consolidated, Myanmar-based businesses need to price in a decade of erratic recovery from the damage caused by the military's intervention. Only China, Vietnam, Thailand and Singapore are likely to be consistent suitors under such conditions. In this scenario, the economy returns to a pattern started in the 1990s with military-aligned cronies, and the army itself, receiving preferential access to big deals.

However, if the military takeover fails -- an outcome that should not be discarded -- businesses will face different challenging considerations. Familiar faces from the democratic period will reemerge. The economy will be shattered, but local workers will want to rebuild their lives. Businesses that persisted in post-takeover activities that did not needlessly enrich military interests may be rewarded.

The Myanmar people are also making choices. Telenor flourished when it started operations in Myanmar in 2014 because it was judged to be different to the military-aligned mobile phone offerings. Woodside has managed to work with different governments, but can expect deep scrutiny if its operations are perceived to support the entrenchment of military rule.

So, just as a successful entry into Myanmar required a constellation of aligned local stakeholders and dynamic political strategies, an effective exit is similarly complex. And those contemplating an exit need to navigate a catastrophically diminished economic landscape with reputational obstacles that will test even the most skillful companies.

For a major multinational player in Myanmar to succeed in maintaining responsible business practices while continuing local operations would be an even more remarkable outcome.

In theory, such a path is possible. Yet there is no doubt that it comes with real risks and serious moral dilemmas. Any business that succeeds in managing the ongoing volatility could end up playing a farsighted role in Myanmar's long-term rejuvenation.