OPEC+ nations must not squander the chance for a makeover

Time the anachronistic cartel moved to cement its relevance

The OPEC logo, pictured in Algiers in September 2016: being seen in a more favorable light is a double-edged sword for OPEC.   © Reuters
CopyCopied

One of the oldest beliefs that the pandemic has prompted the world to reexamine is that the Organization of Petroleum Exporting Countries is a cartel solely aimed at propping up oil prices, incompatible with today's free global markets.

But being seen in a more favorable light is a double-edged sword for OPEC. While the producers' group will still be condemned for any oligopolistic behavior, it will also face growing pressure to continue making wise decisions when it comes to managing itself and the 40% of global oil supply it controls.

The 13-member organization, in an alliance with 10 like-minded producing countries including Russia, collectively known as OPEC+, implemented unprecedented output cuts from May 2020 that brought the oil market back from the brink of what could have been months of chaos and serious long-term consequences.

OPEC+ has kept its poise over the past 14 months by ramping up supply in step with gradual global economic recovery, cementing its role as a stabilizing influence in a turbulent sea of uncertainty, giving itself an image makeover.

The pivot probably began in April 2020, when the Group of 20 -- which includes major oil producers U.S. and Canada -- wholeheartedly endorsed OPEC+'s plan to slash production but stopped short of following through on contributing their own production cuts.

Although acting alone, the actions of the OPEC+ group and the potential disastrous outcomes they likely avoided for the oil market and the industry at large are now in plain sight.

The gradual restoration of stability in oil prices after the wild gyrations of April 2020 threw a safety net under the sector from national oil companies to global majors and smaller independents, from upstream producers to refiners and fuel retailers.

The deep financial losses of the first two quarters of 2020 were unavoidable, as was the rise in consolidation and bankruptcies in the oil industry that followed, but the OPEC+ production curbs, and the group's commitment to staying the course until the market has stabilized, offered the security that companies needed to carry on.

The steady recovery in oil prices since mid-2020 put most of the oil sector's major players back in the green and ready to ramp up their operations when needed.

While there is plenty of argument over the "ideal" range of oil prices that serves the interests of producers as well as consumers, high price volatility over a long period is universally abhorred -- even dreaded -- and makes business planning for all stakeholders an impossible task. 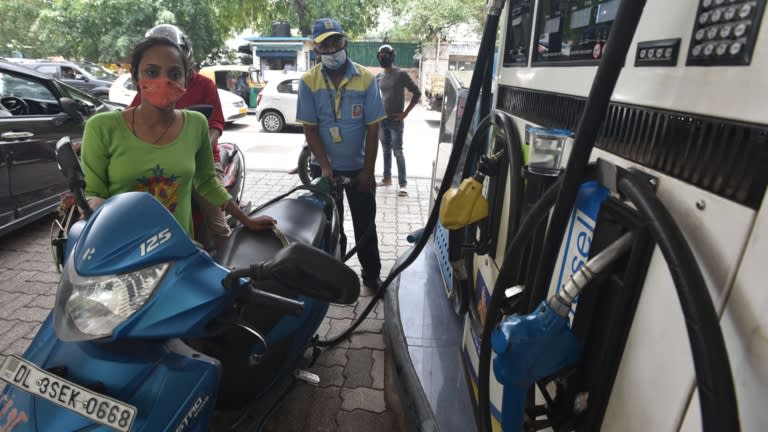 The degree of shock and uncertainty unleashed by the pandemic was such that parts of the vast processing and supply chains that connect an oil well in one part of the world to a petrol pump in another part could have easily seized up. The importance of these supply chains working smoothly, even in the worst of economic crises, is probably underappreciated.

Still, OPEC+ faces its share of challenges. It has been criticized in recent months for allowing oil prices to rise to three-year highs, adding to the inflationary pressures that are threatening to derail the global economic recovery. Governments from New Delhi to Washington have been leaning on the producers' group to open the spigots.

Meanwhile, as recently as April, OPEC reportedly encouraged its members to lobby the Biden administration to scrap the No Oil Producing and Exporting Cartels, or NOPEC, bill, legislation that could open members of the group to lawsuits for colluding to boost oil prices. The NOPEC bill has been kicked around by U.S. lawmakers for over a decade but has never been enacted.

Nonetheless, it has been a sword dangling over OPEC's head and is thought to have been a factor in Saudi Aramco deciding against a New York listing when it was planning an international IPO in 2017.

Former U.S. President Donald Trump expected Saudi Arabia and OPEC to do his bidding, routinely placing calls to the Saudi leadership in Riyadh when he wanted the group to boost or reduce supply, depending on whether he thought oil prices were too high or too low.

Political expediency may continue to dictate how governments label or engage with OPEC+ from time to time -- it comes with the territory.

But the alliance now has a real chance to burnish its image. As difficult as it may be, it needs to protect the interests of its members while attempting to strive toward altruism. As paradoxical as it sounds, it needs to blend its oligopolistic character with free-market capitalism and transparency regarding future moves and intentions.

OPEC+ can no longer afford to let its internal tensions and disagreements spiral out of control as happened in March 2020, or keep the market on tenterhooks as it did recently after a request by the United Arab Emirates for a higher production quota caused a fortnight-long deadlock and delayed a key decision to boost supply from August to meet higher demand.

A unique role has opened up for this anachronistic organization whose relevance COVID has helped to restore. The alliance needs to seize the moment and step into it gracefully.