The argument that oil-hungry Asian economies will suffer as OPEC and its allies move to slash production and shore up prices is simplistic and flawed.

Prodded by U.S. President Donald Trump, on April 12 Saudi Arabia and Russia called an end to their brutal month-old oil price war and led the OPEC and non-OPEC alliance into an agreement to curtail crude production. They intend to cut daily production by nearly 10 million barrels through May and June and then by 8 million to the end of the year.

The oil market shrugged off the agreement, viewing it as too little, too late, compared with the estimated 30 million barrels per day, 30% of global oil consumption, which evaporated in April as lockdowns and other containment measures spread across the world.

Crude prices, which had been recovering very slowly from 18-year lows, did not gain much ground on the back of the OPEC Plus deal. The tightened supply and, if the pandemic abates, growing demand could support prices in the months ahead.

However, the fear of those gains stalling economic recovery is overblown and misses the danger posed by persistent low oil prices to the future stability of supply.

As long as Asian economies are in lockdown, they have no use for the abundant oil sloshing around world markets, no matter how cheap. This is a critical departure from the textbook economic theory of low prices prompting a demand response. Once the economies begin to reopen, they are likely to remain in low gear for some time, preventing a surge in oil consumption.

Softer oil prices would no doubt help countries, especially major oil consumers such as China, India, Japan and South Korea, as they rehabilitate their economies. But if prices are low enough for long enough, they could wipe out a big chunk of current production and the world could teeter from an oil demand shock to a supply shock just as it is recovering from the pandemic.

A host of major producers outside the OPEC and non-OPEC alliance including the U.S., Canada, Brazil and Norway are forecasting big output declines in the coming months as oil companies facing financial stress and a lack of buyers start shutting down producing wells and fields. Canada and Norway are contemplating imposing mandatory cuts on domestic oil producers in a bid to manage a controlled attrition.

Global oil majors, national oil companies and independent producers have announced deep cuts in capital as well as operating expenditures for 2020, which could spill over into 2021. This year's cuts on capital expenditure so far total nearly $59 billion, or 25% of the originally planned spending. New projects are being shelved and exploration activity, which is essential for identifying oil reserves to maintain future supply, is drying up.

This comes on the heels of a sharp contraction in oil exploration and production activity through the price crash of 2014-16. Shorter boom and bust cycles will make investment decisions trickier in a post-pandemic world. 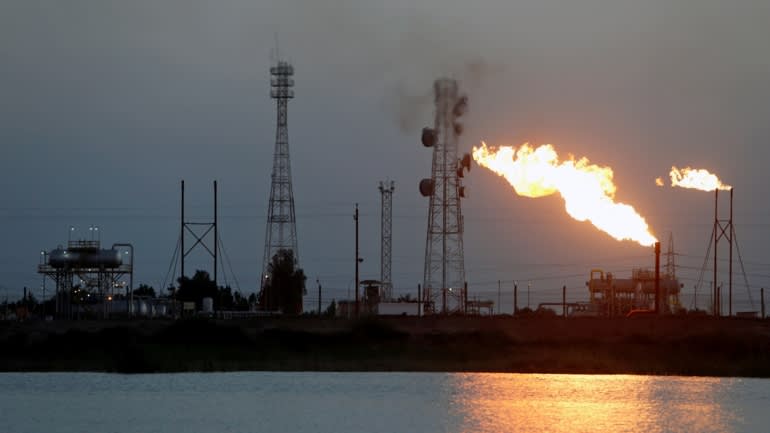 One of the worst-hit sectors in the current crisis is U.S. shale, until recently heralded as a technological marvel and the pillar of the country's cherished goal of energy independence.

Shale producers are slashing spending and production targets. Bankruptcies and consolidation, especially among the small and mid-sized independent producers, are set to dramatically alter the landscape. The U.S. is forecasting an annual production slump of 2 million barrels per day by the end of this year, in contrast to consistently strong annual growth since 2017.

An oil production and exploration sector starved of funding could prove debilitating for the world as a whole, but more so for Asia, which will have the fastest-growing demand for oil for the foreseeable future. The lack of investment in discovering and developing oil resources will diminish spare production capacity in the coming years, creating more price volatility and jeopardizing long-term energy security.

Shrinking U.S. production will deprive Asian buyers of what had become an important alternative source of crude free from the geopolitical tensions and civil wars that routinely threaten supplies from the Middle East and North Africa.

Equally concerning is the risk that economic distress brought on by the pandemic and exacerbated by low oil prices will further destabilize producers in the Middle East.

The oil market must be kept in balance so that prices do not ricochet from historic lows to multiyear highs; this balance is what the OPEC and non-OPEC alliance is attempting to create. It would be wrong to paint it as a problem for Asian consumers.