On China's national day, remember the sins of its leaders

High public satisfaction rates should not be a bulwark against criticism 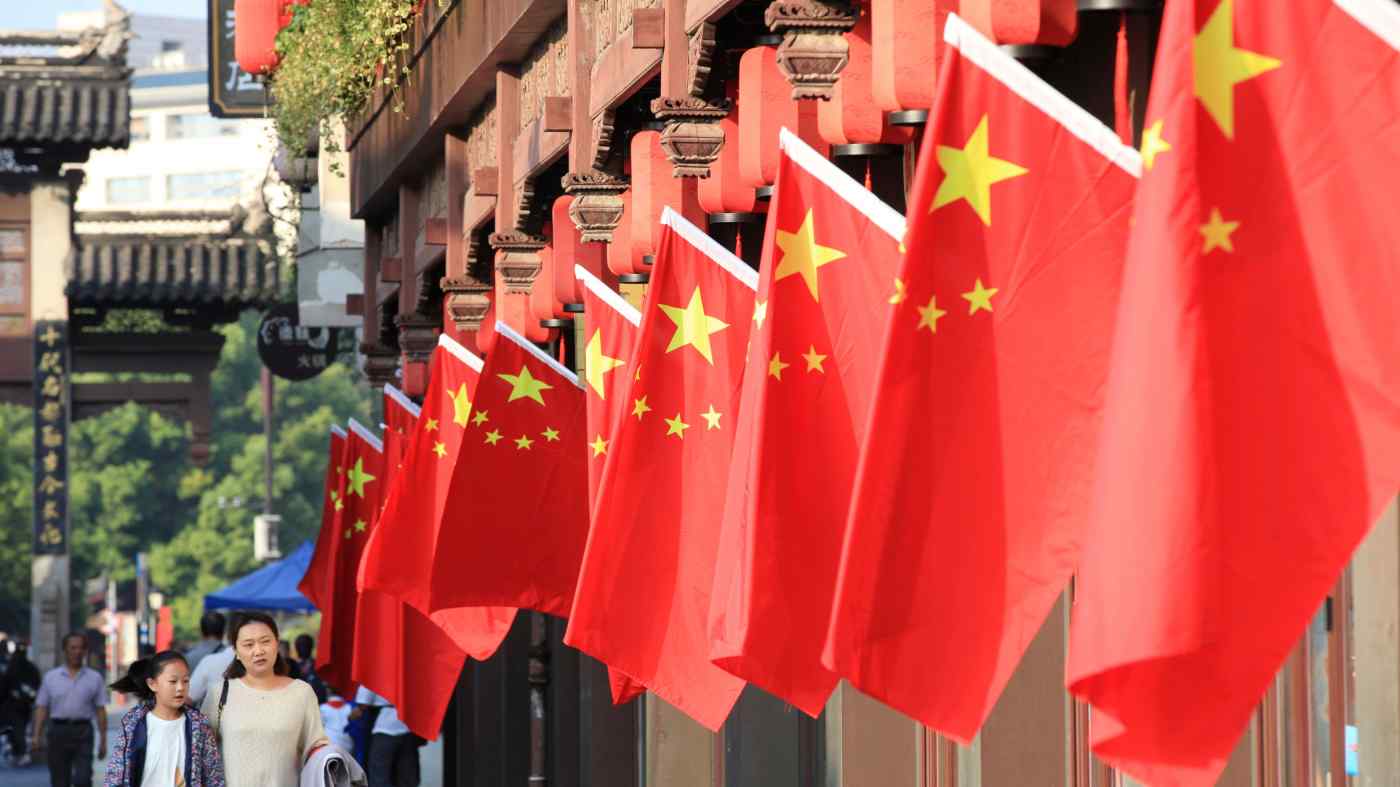 Chinese national flags fly on the street prior to the National Day in Nanjing on Sept. 28: high satisfaction rates should be a cause for alarm, not adoration.   © Imaginechina/AP
CopyCopied

Chang Che is a freelance journalist, currently living in the United States.

Every year China takes a week off to celebrate the anniversary of the founding of the People's Republic.

The Oct. 1 National Day celebrations are a sight to behold: throngs of patriots gather in Tiananmen Square to observe a military procession; countless red flags hang from the porches of residential homes; families across the country gather for the yearly ritual of binging on state television.

To outside observers, these genuine displays of national pride defy conventional theories of what life under a dictatorial regime should look like. Recent public opinion polls should help rid us of these illusions.

According to the 2020 Edelman Trust Barometer, public support for China's government is among the highest in the world. By contrast, the United States, a supposedly well-established democracy, lags behind in the bottom third of the list of 26 countries polled.

A decade-long Harvard study published in July found that public satisfaction toward the Chinese government had "increased virtually across the board" since 2003. By 2016, satisfaction rates toward the central government reached 93%, a staggering number compared to approval ratings for U.S. presidents, which rarely peak above 60%.

As Washington ramps up the pressure on Beijing's economic and political activities, the power of the Chinese Communist Party's domestic support base has served to protect it from the harsh moral opprobrium being generated abroad. Still, some leading China experts have pointed to the extent of this domestic support as an impetus for a new diplomatic posture.

David Dodwell, executive director of the Hong Kong-APEC Trade Policy Study Group, argues that the West must "come to terms with" China's political organization and recognize that China may be a rival, but "at the same time a partner." Kishore Mahbubani, Singapore's former permanent representative to the United Nations, recently cited the Edelman report as evidence that the West should "let China sleep."

The battle lines have been drawn. If Washington hard-liners operate under the false pretense of an evil, dictatorial China, then the globalists have now gravitated to the opposite extreme: a rejection of moralism in favor of pragmatic cooperation. Some already see China as a fully-fledged member of the international community, with China's overwhelming domestic support having served as the keys to the gate.

But if there are good reasons for states to adopt a more conciliatory approach to China -- and there may well be several -- then high domestic satisfaction rates for China's leaders should not be one of them. In fact, unusually high satisfaction rates should be a cause for alarm, not adoration.

We value public opinion polls and approval ratings because they serve as a proxy for measuring government performance and legitimacy. In autocratic societies, the value of this metric deteriorates. This is especially true in China, where the government sees its citizens less as independent adults and more as adopted children who must display unconditional fealty to their parental guardians: the party-state.

Those expectations of loyalty are embedded in a range of Communist Party policies that should give liberal states serious pause. First, while China touts the highest satisfaction rates in the world, it is also simultaneously among the world's most censored countries, ranking fifth behind North Korea and Saudi Arabia. Censorship undoubtedly damages the trustworthiness of public opinion, for citizens cannot offer a true evaluation of their own government without access to negative news coverage.

But the lack of negative news is not the only problem. The second is the government-backed, artificial injection of positive news. The Communist Party notoriously employs millions of spin doctors who post comments online that support the official party narrative. In Chinese, they are known as the "50 cents," or wumao, a reference to the rate they receive for each post they write. These efforts are sure to influence not just China's information environments, but the opinions of the real citizens who inhabit them.

Finally, throughout the past few decades, the Communist Party has also targeted youths through education. Since the 1990s, a state-led patriotic education campaign has helped cultivate a generation of nationalists who have been especially visible in recent months due to the pandemic. This education campaign advances a specific narrative of China's rise, one that underplays the role of domestic struggles, and exaggerates the influence of foreign adversaries. Over time, it inculcates in each citizen the idea that loyalty to the party-state is determined not by present policy gains, but by past territorial losses. Students hold placards reading "I love you, China" during an event to celebrate the upcoming National Day in Hohhot on Sept. 27: the Communist Party has targeted youths through education.   © Reuters

All of these policies can increase domestic support for the government without tracking good policy and governance behaviors. Worse, they can present the false illusion of legitimacy without truly putting government officials to the test.

If, over the next generation of great power competition, the world comes to prioritize pragmatism over moralism, then so be it. But it must not be done on the basis of China's high domestic satisfaction rates. There is no doubt that Washington's hard-line policies can create more harm than good. The globalists are right when they say that the world is in desperate need of a more nuanced and long-term strategy from the White House.

But moral issues matter: how governments treat their own citizens is highly indicative of their future behavior on the world stage. In this context, China's satisfaction rates are not a green light to cooperate; they should give all countries good reason to pump the brakes.