Open, welcoming Japan should be legacy of Tokyo 2020 Olympics 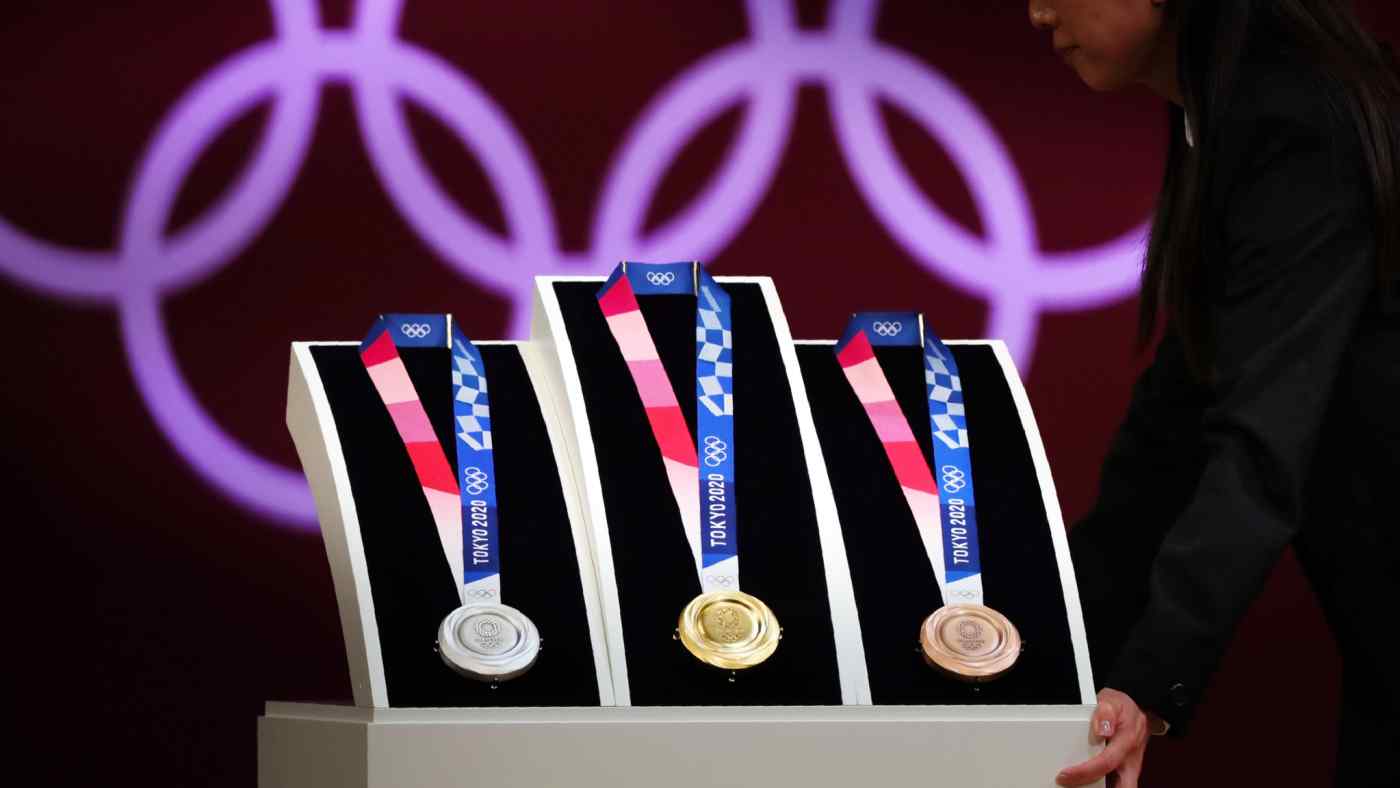 All medals will be made from 100% recycled metal retrieved from used mobile phones and other gadgets. (Photo by Akira Kodaka)
CopyCopied

With the arrival of summer's heat, Tokyoites have started the one-year countdown to hosting the Olympic and Paralympic Games. Enthusiasm is now conquering initial skepticism, with more than 200,000 aspiring games volunteers against the goal of 80,000. In May, the first-round lottery for tickets had 5 million applicants.

The games offer a powerful marketing opportunity for the host nation. After the success of London 2012, Britain sharply improved its welcoming image, according to a global survey by national tourism agency VisitBritain. What soft legacy will mark Tokyo 2020?

From polyethylene terephthalate, or PET, bottle recycling to zero-emission fleets, all wheels are in motion to promote Tokyo as a technologically-advanced, environmentally-conscious city. The spirit is to build less and reuse more.

Instead of constructing a new facility, for example, Tokyo is locating the cycling event at an existing track in Izu, 120 km away from the capital. All 5,000 medals will be made from 100% recycled metal retrieved from 6.2 million used mobile phones and other gadgets collected nationwide.

Sustainability is an important message, particularly in the face of the global climate challenge. But it should not be the only message Tokyo aims to convey while in the spotlight for summer 2020.

The world has shifted dramatically since September 2013 when Tokyo and the Japanese Olympic Committee won the bid. Globalization has receded. Rather than enlarging the economic pie, countries rush to secure their own slice. With the two largest economies at odds in every dimension, the world order appears to have evaporated.

Enter Japan in 2020 as the playground of the most visible international sporting celebration. "Respect for pluralism... is the dominant spiritual value of the Olympic Games," the International Olympic Academy says, and this extends beyond sport. In these troubled times, Japan has a rare opportunity to shine by embodying this spirit.

Fortunately, Japan is positioned to be an unexpected breath of fresh air. A stable and homogeneous society, it has been spared populist upheaval, even if it is quietly suffering from the economic impact of deglobalization.

If anything, Japan appears relatively less pessimistic; its narrative has been idiosyncratically pessimistic over a much longer period, plagued by post-bubble stagnation and the declining population.

On the other hand, for Japan to promote respect for pluralism is not without its unique challenges. Granted, under its core concept of "unity in diversity," Tokyo 2020 is paying homage to inclusivity. Efforts are underway to make the nation's public transport barrier-free, from train stations to taxis.

But there looms a larger question. How do we change the overall perception of the country -- that it is too insular to be truly integrated in the world community, let alone to lead the rest of the world back into the spirit of mutual respect?

The challenge is around mindset, not about hard infrastructure. Even with less than a year to go, there are actions we can take.

First, the volunteers are the on-the-ground ambassadors. Interacting with athletes and overseas visitors, their genuine friendliness is the key to changing the inward-looking perception of Japan.

Even though omotenashi, or Japanese hospitality, may have sealed the win for Tokyo in 2013, overplaying good service may inadvertently kill the fun. Type "Tokyo Olympics volunteers English" into Google in Japanese and "cannot speak" follows. Some volunteers are obviously worried. Their broken English, however, is often good enough for many visitors, nonnative speakers themselves. Relaxed hosts make the best entertainers. Genuine friendliness of Olympic volunteers is the key to changing the inward-looking perception of Japan. (Photo by Kai Fujii)

Second, Japan can strategically highlight its array of host towns. With subsidy from the Japanese government, as many as 323 towns from Hokkaido to Okinawa have volunteered. They offer pre-games training camps for athletes from specific countries and host cross-cultural and sport events before and after the Olympic and Paralympic Games.

The city of Ise in Mie prefecture, for example, will host a team of para-athletes from Laos and plans cross-cultural events post-summer. Not only do host towns spread engagement with the games beyond Tokyo, they demonstrate the diversity of rural Japan and its surprising openness, which impressions should outlive the games.

The first summer games in Japan, Tokyo 1964, showcased a young and thriving nation rebounding from the wounds of the last war. The games propelled new constructions such as Enoshima Yacht Harbor, Tokaido shinkansen and Metropolitan Expressway.

Unfortunately, as the price of economic growth, serious pollution and worsening living conditions were swept under the rug. In fact, it took until the so-called "Pollution Diet" -- as in session of parliament -- in late 1970 that Japanese politics confronted environmental issues, passing 14 laws. This was a turning point to methodically paving the way to the clean skies Tokyo enjoys today.

Fifty-six years after the first games, our second Summer Olympics are less about building hard infrastructure than being ecologically mindful and technologically smart. In addition, mature Japan can play a new role in the troubled world, using the games as a springboard to turn around perceptions of an inward-looking image.

If Japan can rebrand itself an open and embracing host nation, the soft legacy of Tokyo 2020 will be a success. Not only will the world see Japan in a new light, it will awaken Japan from the complacent pessimism it has stewed in over the past three decades.