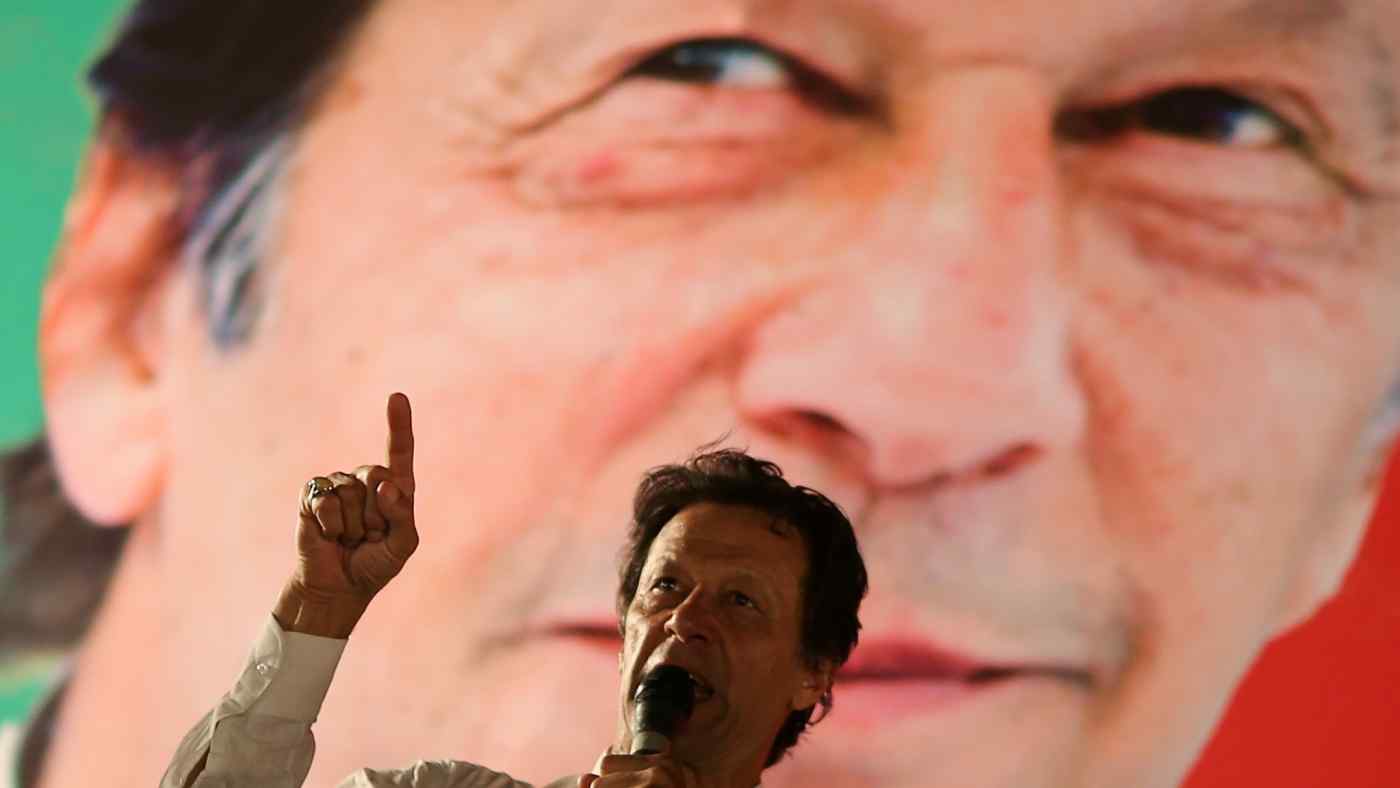 Last year, Pakistan witnessed the second successful democratic transition in its 71-year history, with Prime Minister Imran Khan taking office after his party won the general election on an anti-corruption slogan. Hopes are high for the new administration, which seems willing to work with both technocrats and opposition parties to address Pakistan's many urgent challenges.

But the government faces a daunting economic agenda. In addition to restoring economic stability, it also must develop a bold plan for inclusive, sustainable long-term growth.

The current situation is not very encouraging. Foreign-exchange reserves fell sharply in 2018 as exports stagnated and imports rose rapidly. What's more, the government had to borrow heavily to finance the growing fiscal deficit, which was caused in part by losses at public-sector enterprises and energy companies. Not surprisingly, the Pakistani rupee fell and inflation ticked upward. With tighter monetary policy and lower public-sector development spending also dampening demand, GDP growth in 2019 is projected to fall below 5%. Equally concerning are the debt repayments that fall due during this fiscal year.

Given this outlook, the new government is slowly persuading the public that Pakistan will need another International Monetary Fund bailout. At the same time, it has stepped up diplomatic efforts to secure short-term financial support from friendly countries. This approach appears to be bearing fruit. The government recently received $4 billion from Saudi Arabia and the United Arab Emirates, and is expecting a further $2.5 billion loan from China. Such bilateral support may allow Pakistan to seek a much smaller IMF package than expected.

Securing new loans to repay old ones is no cause for celebration. Nor is it the long-term economic model that a democratically elected government should be offering its citizens. But the current government took office barely six months ago while Pakistan has received 21 IMF assistance packages over the past six decades. Clearly, the country's economic problems are chronic and long-term.

The new government must take decisive steps toward breaking this cycle of dependency. I believe that five key measures would make a big difference.

For starters, the authorities need to attract the best people to work for the public sector. At present, Pakistan's civil servants lack the strategic guidance and motivation to implement economic revival plans. Performance-based incentives are weak, and multiple layers of accountability add to the institutional sclerosis.

Pakistan also needs a bold vision for growth to replace the current incoherent mix of five-year federal development plans and provincial growth strategies. The Center for International Private Enterprise, based in the U.S., has made a strong case for a credible bottom-up economic plan to boost agricultural productivity, improve manufacturing competitiveness, and support startups in the services sector.

A third priority is to ensure that growth is inclusive, just, and sustainable. The "Economy of Tomorrow" project, conducted by the Pakistan-based Sustainable Development Policy Institute - where I work - and the Friedrich-Ebert-Stiftung, the German organization, has highlighted several key requirements in this regard.

Fiscal policy should be progressive, promoting equitable growth and economic participation by all segments of society. Furthermore, trade policy should be resistant to elite capture and take consumer welfare into account. And energy, water, and urban-management policies should respect natural resources and the environment. The latter is especially important because Pakistan already suffers from the effects of climate change in the form of recurrent, environment-degrading droughts.

Fourth, the state must create room for entrepreneurship. With over 60% of Pakistan's population under the age of 25, the public sector clearly cannot absorb all new entrants to the labor force. The solution may instead lie with startups and small and medium-size enterprises.

The number of young Pakistani entrepreneurs is rising significantly, and not only because of the country's youthful population. Rural-to-urban migration, new public-sector universities, incubators, and accelerator initiatives have also helped. Government policy should now aim to reduce the failure rate of startups and help them to grow. It must also ensure that startups are an option for young people -- including women -- from all regions and economic backgrounds, including by removing barriers to market information and credit.

Finally, the government should help prepare Pakistan to embrace the emerging technologies of the Fourth Industrial Revolution. Future developments in artificial intelligence, robotics, 3D printing, cloud computing, blockchain, biotechnology, and augmented reality will have a huge economic impact. Adapting to these technologies will require new government initiatives and updated curricula in Pakistani universities.

Although Pakistan's new government is understandably preoccupied with short-term economic problems, it also needs to lay the foundations for a more inclusive and sustainable growth model. If it succeeds, the Pakistani economy might finally start to meet the rising aspirations of the country's young population.

Vaqar Ahmed is Joint Executive Director of the Sustainable Development Policy Institute in Pakistan and the author of Pakistan's Agenda for Economic Reforms.