From ancient grudge to new liaisons in fair Manila 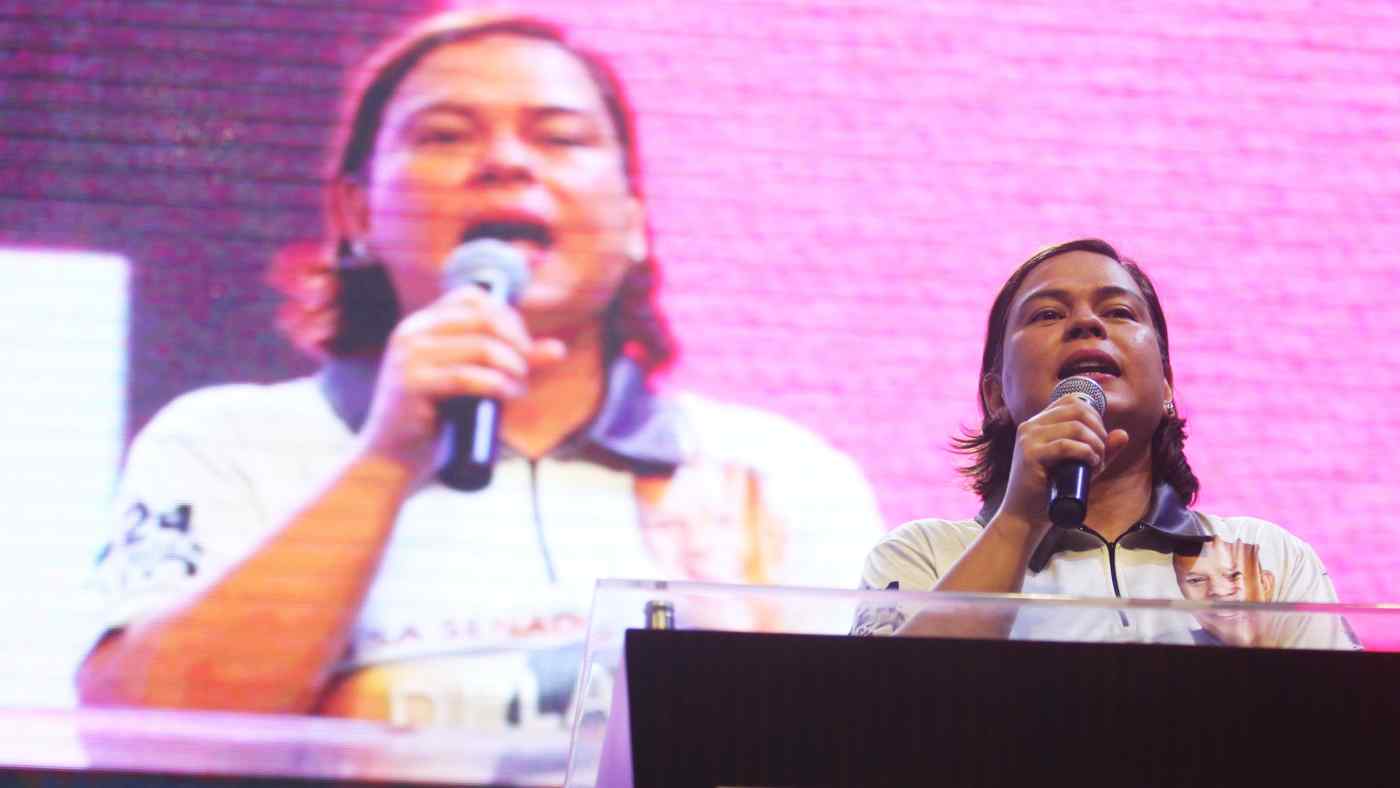 Davao City Mayor Sara Duterte delivers a speech in May 2019: the best way to protect her father from potential prosecution may be if she herself is president.   © Reuters
CopyCopied

Despite decades of democratic experience, the Southeast Asian country is no stranger to political chaos and inept leadership. But it is the legacies of its authoritarian leaders that have been most devastating. Former strongman Ferdinand Marcos oversaw decades of cronyism and destructive wars against myriad insurgencies, which reduced the once-shining pearl of the Orient into the sick man of Asia toward the end of his reign in the 1980s.