A LNG carrier is docked at the ExxonMobil PNG operated plant at Caution Bay, Papua New Guinea in November 2018: the local people have seen very little of the promised benefits.   © Reuters
CopyCopied

Days before its executives were to arrive in the capital Port Moresby to seal the deal, Prime Minister James Marape's government was shaken by a political crisis.

Opposition MPs attempted to oust him from power through a no-confidence motion after his government tried to speed a controversial budget through the parliament. The bid to oust Marape failed, but his mounting political problems show why it is often difficult for developing countries to get the most out of their natural resources.

Rich in gas, gold and copper, Papua New Guinea is also one of the world's least developed countries. Most of the population lives in remote communities that can be only be reached by aircraft or on foot. Oil, gas and mining account for almost 30% of the country's gross domestic product. PNG LNG, the country's first and so far the only gas project, was awarded in 2008 to a consortium led by Exxon Mobil on the promise of a windfall.

The $19 billion project was expected to double the country's GDP, raise household incomes by 84% and increase employment by 42%. Thousands of full-time jobs were expected to be created and nearly $31.7 billion in cash was forecast to flow to the state and landowners over the 30-year operational lifetime of the project.

But after an initial spurt of activity that saw an impressive construction boom transform the skyline of the capital, the economic dividends have dissipated. Now, six years after the first gas came on stream, the people of PNG have seen very little of the promised benefits.

Marape came to power promising a better deal on such extractive projects, and now he is trying to shift from a simple concession license regime to one based on production sharing. Instead of just granting companies the right to exploit mineral resources and receive royalties and taxes in return, he wants the government to get a share of the profits as well. That is all very well, but he faces a difficult economic environment and stiff resistance from powerful lobbies -- both at home and abroad. 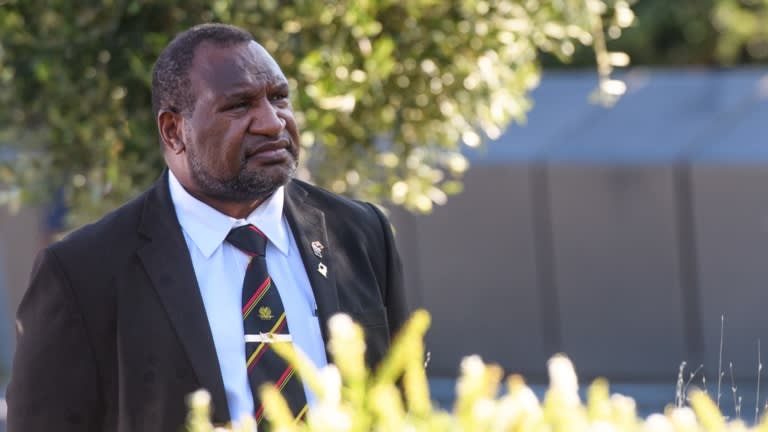 Prime Minister James Marape is trying to shift from a simple concession license regime to one based on production sharing.   © Getty Images

Developing countries do not often get the returns they expect from their natural resources. Sometimes, this has more to do with the way natural resource projects are commonly structured. Governments of financially poor but resource-rich nations like PNG often know little about the real size or value of the mineral wealth that lies buried under their sovereign territory.

That kind of technical information often rests with the big mining and energy companies, which gives them a distinct advantage at the negotiating table. Other times, the cause may be outright corruption. Whenever there is a lot of wealth locked up under the soil, ruling elites can be tempted to sign it away on the cheap.

Compounding that problem is the volatile nature of the commodities market. Large resource extraction projects require significant upfront investments that can take a very long time to turn a profit. Even though PNG LNG has consistently outperformed its maximum intended production capacity, the financing of the project is not expected to be fully paid off until 2026.

No surprise then that those engaged in extraction operations usually seek to cover their costs first before sharing the returns. The PNG government estimated it would receive $22 billion in revenue over the lifetime of the project. But five years after the first gas was struck in 2014, it was forced to cut that revenue forecast by half.

The deal's fine print, allowed Exxon Mobil, which owns the majority 33.2% equity in the project, to claim generous deductions while calculating tax liability. Making the deal appear sweeter may have appeared prudent when PNG was eager to kick-start the flagship project, but once the gas started flowing, it triggered a political backlash that ultimately led to the removal of Peter O'Neill, Marape's predecessor.

Under the current license regime, the government of PNG has to come up with the money to acquire a stake in any resource project. It had to raise $1.2 billion through an exchangeable bond to acquire almost one-fifth of the equity in PNG LNG. A production-sharing regime will do away with the need to borrow. But such agreements require clear legal guidelines, and that takes time to put together. Such agreements are also difficult to administer.

When it comes to natural resources, getting the fiscal arrangement right is a delicate balancing act. Make it too difficult and you risk scaring away investors. Keep it too liberal and you end up leaving cash on the table.

Few can fault Marape for trying to secure a better deal for his people, but the deck is stacked against him. Promising to "Take back PNG" may have won him the political capital to make changes to the fiscal regime. Now he may have to spend some of that capital to win the financing his country desperately needs.