New policies at People's Congress, but old tensions remain, not least over Belt and Road Amid an economic downturn and an unfinished trade war, the annual Chinese National People's Congress has been filled with an unusual sense of soberness.

While Beijing attempted to project an air of confidence and optimism, the economic reality created a different, downbeat, atmosphere.

The policy agenda that the delegates have affirmed is marked by two key continuities in president Xi Jinping's approach to reviving growth and two significant policy shifts compared with 2018.

There is little surprise in the unchanging elements in his plans -- the dominance of the Communist Party and the sprinkling of populism, designed to make one-party rule more acceptable. But the policy shifts are significant -- clear support for private enterprises, following the recent battering they have had from the authorities, and an unexpected retreat in the promotion of the Belt and Road Initiative, Xi's flagship global investment program.

This policy combination will -- at best -- produce mixed results in terms of promoting economic growth due the inherent contradictions, especially between party dominance and boosting private business.

The Party has yet to solve a puzzle that is key both to economic progress and its own position -- how to manage the financial risks involved in debt-fuelled stimulus packages without reducing economic growth to levels that begin to impact the personal wealth of millions of anxious Chinese ordinary people and general social discontent.

The emphasis on the omnipresence of the Party in delivering domestic economic adjustments surely disappoints free-market enthusiasts as President Xi switched away from improving economic efficiency via greater competition toward furthering Party control over the broader economy.

He advocates market allocation of resources but invites the Communist Party to interfere in the market. He campaigns for reform of state-owned enterprises but strengthens Party committees' control of business decisions in both state and private sectors.

On SOE reform, he promises to strengthen management of state capital investment and operating companies, and to reduce direct state interference in corporate governance. However, SOE boards of directors must continue to be subordinated to the Party. In Xi's words, the Party can veto "major business decisions" if necessary.

The populism in President Xi's plans is driven by his continuing battle for poverty alleviation, reducing regional development imbalances and curbing rampant environment degradation. He rightly recognizes that the unprecedented economic miracle created by Deng Xiaoping's reforms has come at the expense of huge wealth inequality and severe environmental damage. The situation is so extreme that it could challenge the very survival of the Party leadership.

If the Party defends a status quo that is manifestly unfair in its distribution of wealth and opportunity, trust from ordinary people will collapse. Ordinary Chinese yearn for prosperity and tangible improvement in their living standards. The Party must look after those who have not prospered from Deng's reforms.

As the 70th anniversary of the People's Republic approaches later this year, it is essential for President Xi and his politburo comrades to prevent a perception of failure in reform from becoming widespread among the Chinese population. His poverty alleviation policy is backed by a consensus within the Party and is designed to give the impression that his reform agenda is moving forward with triumph.

As for policy shifts, a move to a more pro-market rhetoric is combined with a package of 2 trillion yuan ($297.4 billion) tax cuts for private enterprises. However, the state will still direct where private companies can invest and how much they can borrow. Instead of following the market, entrepreneurs must be led by the Party.

The Party is also moving explicitly beyond just regulating private enterprises to mapping out their future. The Chinese leadership is prescribing industrial policies which actively manage private enterprises, the most dynamic element in the economy, by channeling capital and manipulating cash flows into innovation-driven industries, notably information technology, AI and robotics. The phrase of "Made in China 2025" was conspicuously omitted from the Congress proceedings due to pressure from Washington, which has jumped on China's tech ambitions as a target in the trade conflict. But Beijing's commitment to focus resources, including from private companies, on the underlying aims remains undimmed.

However, the biggest surprise from the economic presentations at the Congress comes from the Belt and Road Initiative. Not because it made headlines but because it was scarcely mentioned.

For the first time since it was launched by Xi in 2013, as Xi remarked, running the BRI will decisively shift from "led by state" into "driven by enterprises to prevent major risks." Beijing has clearly realized that there are serious problems with BRI -- its passion for the program is costly and politically sensitive, and may be unrequited abroad following criticism from Sri Lanka, Malaysia and elsewhere. In other words, for Xi BRI now carries serious financial and reputational risks.

This shift marks a sea-change in delivering the BRI. The leadership calls for participating enterprises to set up clearer criteria for selecting potential projects that are creditworthy and creating real economic benefits to recipient countries.

But to make the BRI a success, the Chinese companies involve must overcome the shortcomings of a Sino-centric and politicized approach led by Beijing. This is much easier said than done.

For the Chinese leadership, will deeds matter more than words. Most of the audacious economic reforms such as mixed ownership of the SOEs, Beijing has wanted to deliver under Xi have so far not materialized.

The Chinese people are watching closely. So are foreign nations, not least the political and economic giant on the other side of the Pacific. Life as a great power with publicly-stated leadership aims and reform ambitions is no comfortable. Even without democracy, it involves ever-growing scrutiny, with consequences that are not always in Beijing's favor.

Faced with the paradox between the centrality of the Party and market forces, Xi promises both a stronger Party and a freer market. This contradiction will be no easier to resolve after the National People's Congress than it was before, even with the president's new policies now in place. 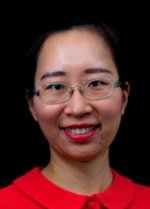 Yu Jie is China Research Fellow in the Asia-Pacific Programme at Chatham House.