Posterity will remember former president as a true pillar of strength 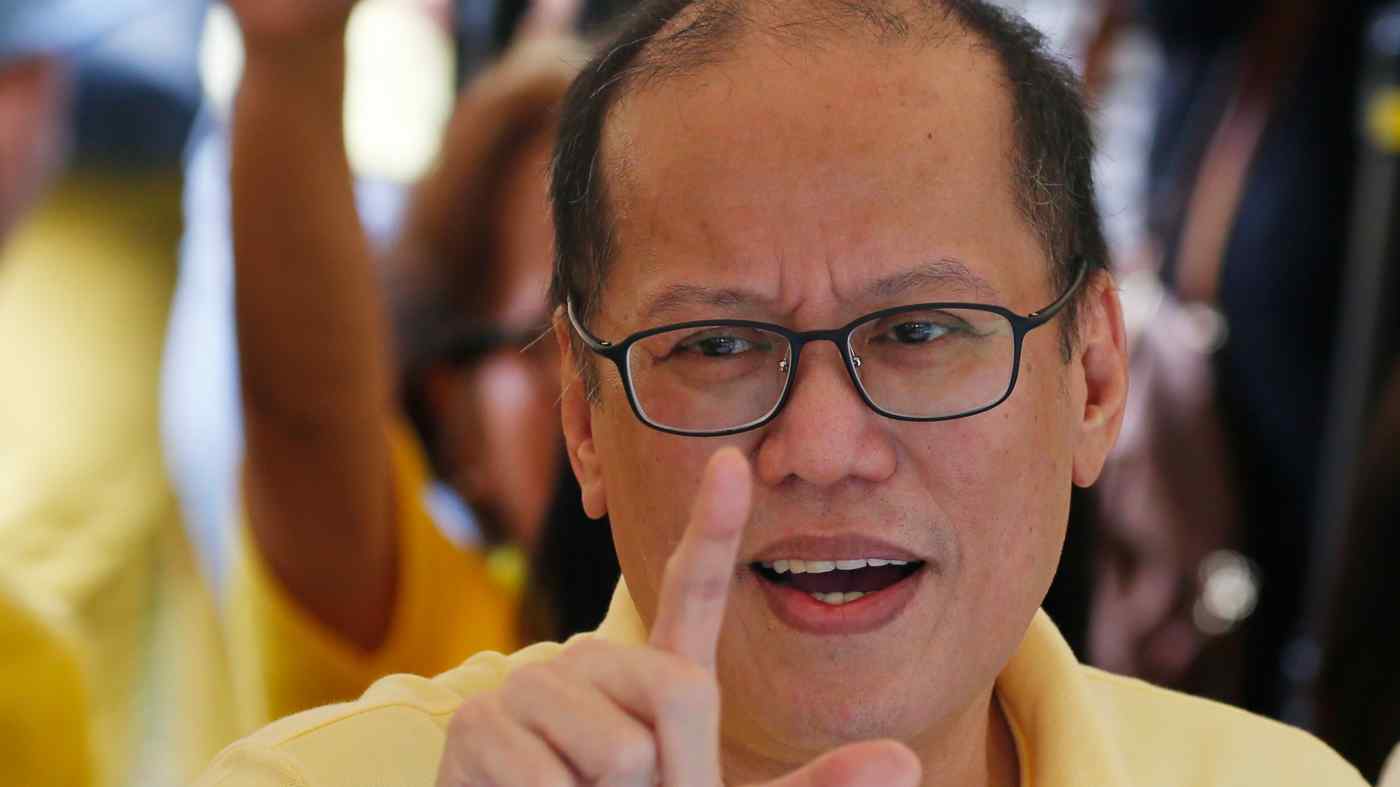 The Benigno "Noynoy" Aquino memory I cherish most is the Philippine reformer telling ghost stories -- literally.

News of his untimely death at 61 transported me back to the brief presidential palace tour Aquino, leader from 2010 to 2016, gave me in February 2014.

After our 90-minute interview, Aquino walked me around the 271-year-old structure. The desk used by Ferdinand Marcos, the dictator Aquino's father was assassinated trying to unseat in 1983, the same desk used by Aquino's mother, Corazon, who succeeded Marcos as president. The Music Room, where shoe-crazed Imelda Marcos hobnobbed with celebrities, the cavernous ballrooms, where Aquino joked that he and his siblings were convinced they felt ghostly presences of Philippine leaders past.

Then Aquino looked at me and deadpanned: "But the real ghosts I have to worry about are still living."

What he meant became clear as we walked through the hall featuring paintings of those leaders of yesterday. When Aquino paused in front of his mother's giant portrait, he choked up slightly. With his head, Aquino motioned to the leaders on either side of Corazon Aquino: Marcos on one end, Fidel Ramos on the other.

Tantalizing bookends, really. Marcos plundered the nation. Twenty-one years before he was ousted by massive People Power protests, the Philippines was booming -- tipped to be the Japan of Southeast Asia. In 1986, Marcos fled with billions of dollars of state funds. In 2014, Imelda's secretary was sentenced to prison in New York for unloading art for the former first lady, including a $32 million waterlily masterpiece by Claude Monet.

After six years of stabilizing the nation, Corazon Aquino passed the baton to technocrat Ramos in 1992. Ramos got to work dismantling the corrupt and violent Marcos patronage system. His moves to strengthen the national balance sheet paid off in 1997, when the Philippines avoided the worst of the Asian financial crisis, and set the nation on a more productive path.

That served well until Joseph Estrada was elected in 1998 and undid many of the Ramos reforms. He would later go to jail for plunder. Then came Gloria Macapagal Arroyo in 2001. She too was arrested -- after leaving office -- for dodgy dealings.

Ghosts indeed. Estrada would be released to make another run at political influence. In 2013, he was elected mayor of Manila, serving in that capacity until 2019. Arroyo was elected speaker of the House of Representatives in 2018. Both Estrada and Arroyo saw their kids win elected office, too.

The real political ghouls to worry about are members of the resurgent Marcos clan. The dynasty got a bizarre assist from current President Rodrigo Duterte. Right out of the gate in 2016, self-described tough guy Duterte gave Ferdinand Marcos a posthumous hero's burial. It was both an endorsement of the nation's authoritarian past -- and a preview of what was to come. 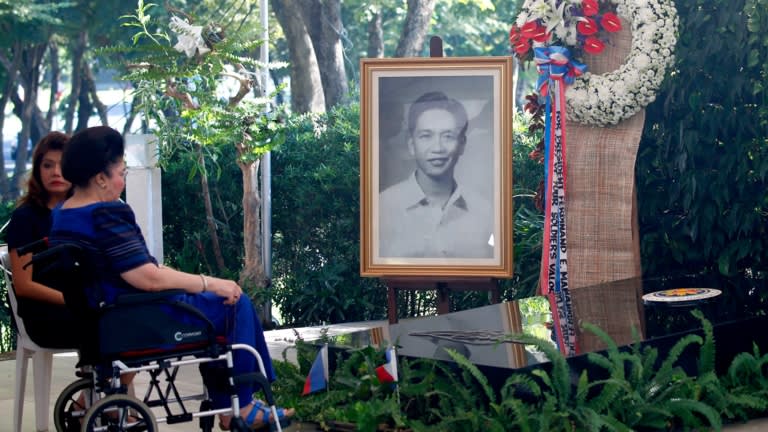 Since Aquino left the palace, Duterte has steadily undone his good-governance polities. Case in point: The public debt burdens that Aquino worked to reduce may return. Sadly, corruption is making a comeback. In 2019 alone, Manila plunged 14 notches in Transparency International's rankings. Duterte's dismal handling of COVID-19 is a tragedy all its own.

Duterte's tenure makes you wonder about the "strongman" label we tend to assign him. He certainly has the swagger, the blusterous rhetoric, the roving bands of men with guns and the temerity to threaten with jail Filipinos who refuse COVID vaccinations.

But posterity will remember Aquino as the strong one. How else is one to describe a president whose anti-graft reforms won Manila its first-ever investment-grade ratings and produced the fastest growth since the 1970s? Aquino took China to an international court for its territorial land grabs in the South China Sea -- and won -- only to see Duterte cozy up to Beijing.

I do not mean to sanctify Aquino. He should have done more to create tens of millions of good-paying jobs. His legacy is marred, too, by a botched 2015 domestic terrorism raid that killed 44 commandos and some civilians.

Yet the about-face in global perceptions on Aquino's watch was sharp. As Floyd Whaley, a longtime Manila-based journalist and New York Times alum, put it: "Before Aquino, the Philippines was a narrow story -- political unrest and corruption. During his time, foreign reporters covered culture, the economy, tourism, etc. After he left, it became a one-story country again."

Aquino's wins now face the truly frightening specter of the Marcos family returning to the presidential palace. Duterte has favored replacing the vice president with Ferdinand "Bongbong" Marcos Jr. Until 2019, his mom, Imelda, was a House lawmaker. Bongbong's sister Imee is a senator.

Generally, Duterte is thought to favor his daughter Sara to replace him next year, creating his own family dynasty -- and perhaps shield him from the consequences of his ultrabloody war on drugs. Or Marcos Jr.

Neither outcome seems optimal for an economy that was on such an incredible roll from 2010 to 2016. Add in boxing icon Manny Pacquiao and suffice it to say that Manila's political establishment will be ready to rumble in a big way in 2022. The real blows, though, may be to the nation's standing as an investment destination.

We journalists often pretzel ourselves in the struggle to maintain objectivity over those we cover. For me, that was always difficult where Benigno Aquino was concerned. I was an unabashed fan. It was not the politician I cheered, though, but the 108 million people on whose behalf Aquino was working to exorcize one live ghost at a time.