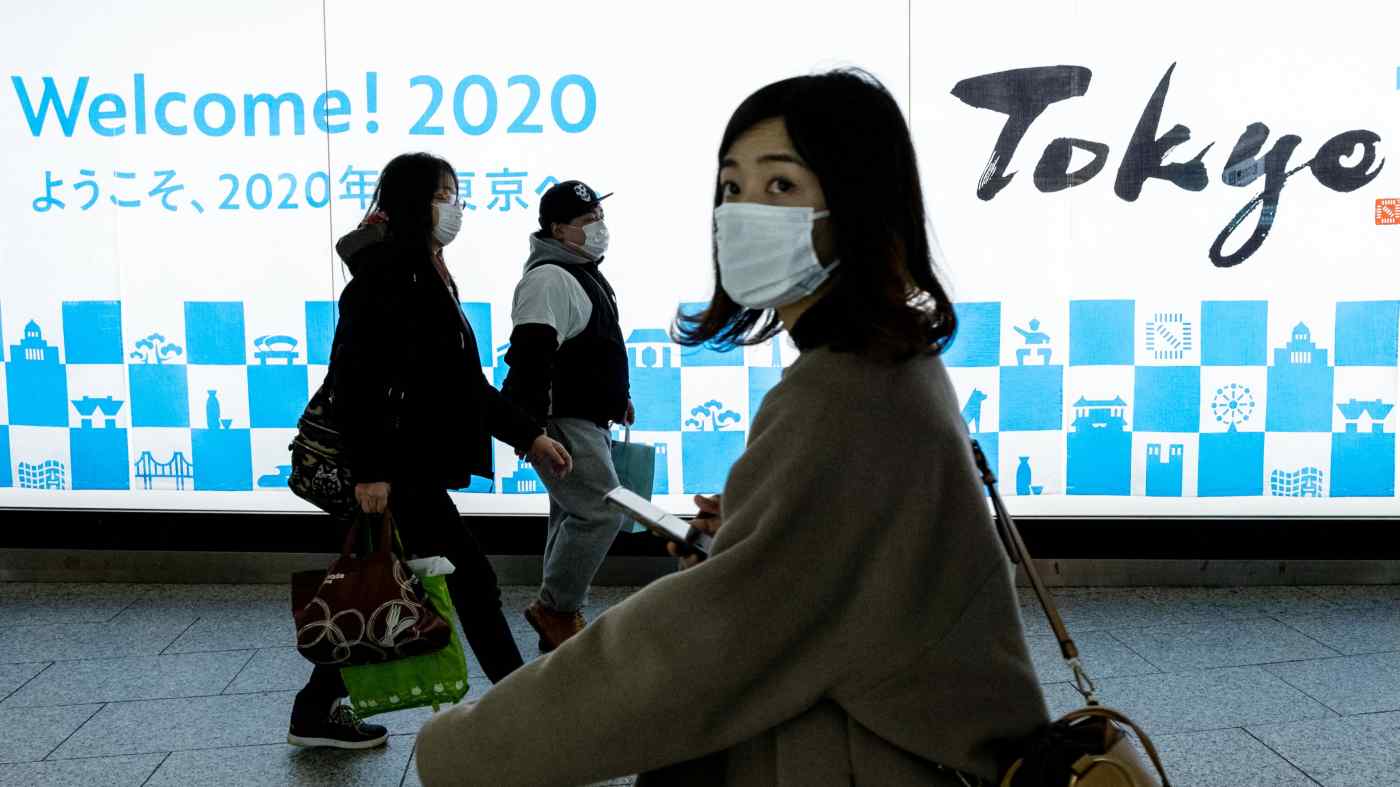 Time is not on Japan's side as coronavirus risks increase.   © LightRocket/Getty Images
CopyCopied

The $6 billion that just walked out the door with the postponement of the 2020 Olympics is only the start of the hits Japan's economy will sustain this year.

That estimated loss from the Summer Games being delayed until 2021 was not on any executive's radar two months ago. Nor was the idea of Japan losing virtually all tourism as the coronavirus ravaged global growth. This year's festivities were supposed to be Prime Minister Shinzo Abe's crowning glory. Yet 2020 is now darkening by the day.

Economists from rating agency Fitch Ratings think the coronavirus pandemic will shave 1.1% off Japan's gross domestic product this year. They might want to move the decimal place to the right: a 10% fall is more likely than 1%.

The problem is that Abe and Bank of Japan Governor Haruhiko Kuroda are confronting deeply unconventional challenges with convention. A moderately sized spending package and tweaks to the Bank of Japan's asset purchases are no match for the economic winter to come.

The fault is not Japan's, of course. The COVID-19 outbreak that started in China is an existential threat everywhere. But Abe's seven-plus years at the helm make him fair game for criticism.

The global context is bleak. U.S. growth is cratering at this very moment, by as much as 30% in the second quarter alone, says bank Morgan Stanley. China is also seeing growth disappear, no matter what figure President Xi Jinping's minions will try to get past investors. Nor can we likely trust Beijing's claims it has beaten the coronavirus scourge and that China can avoid a second wave of infections.

Europe faces a reckoning as the sharp cessation of demand hits business and consumer confidence and travel bans shut down the tourism trade. In a world without growth engines, Tokyo must throw out the playbook it used after the collapse of Lehman Brothers in 2008, when it tossed extra spending measures at slowing growth.

So what should Japan be doing? The best option is for the Ministry of Finance and BOJ to join forces, acting simultaneously. A combined fiscal and monetary operation is needed to calm nerves about the pain to come. What might a credible action plan look like? 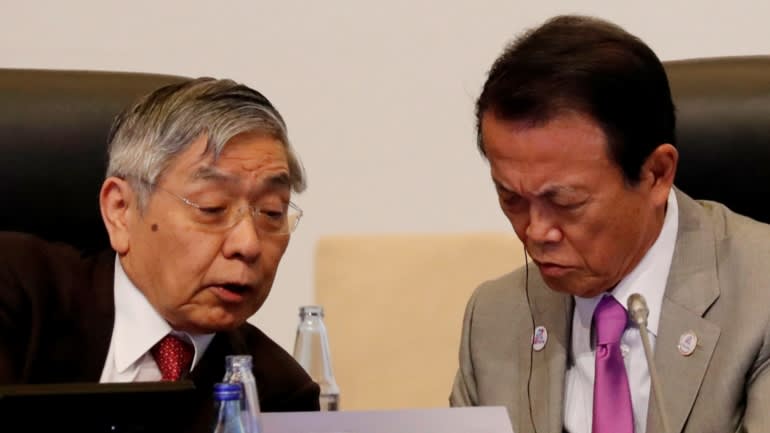 Governor of Bank of Japan Haruhiko Kuroda and Finance Minister Taro Aso attend the G-20 meeting in June 2019: the best option is for the Ministry of Finance and BOJ to join forces acting simultaneously.   © Reuters

First, reverse the sales tax increase. Raised from 5% to 8% in 2014 when it caused a recession, and from 8% to 10% last year when it also looked like it was going to cause a recession, this technique has not aged well.

Abe will now be under great pressure to undo those increases, and he should indeed, even if just temporarily. It is not like the proceeds are going toward paying down Japan's national debt anyway. And given Japan's demographic trajectory of a decreasing population, its debt-to-GDP ratio will almost surely rise with or without coronavirus fallout.

Next, the government should consider adding a zero to the stimulus package it is reportedly cobbling together. The roughly $137 billion figure being touted is hardly in keeping with Abe's pledge of a "huge" fiscal jolt. It underappreciates the extent to which Japan staggered into 2020, with a 7.1% plunge in fourth-quarter gross domestic product last year. Happily, news came that the government was working on a $500 billion package.

The BOJ needs to man battle stations, too. It should worry Kuroda's team that markets responded to recent liquidity blasts with a shrug, and it should worry markets that the BOJ is not deploying its monetary bazooka. If ever there were a time to fire additional credit at traumatized bond markets it is now.

Speaking of bazookas, the government needs to devise a fiscal one that pumps cash into small and mid-size businesses and households. Though U.S. President Donald Trump has botched the coronavirus response spectacularly, Washington's push to put money directly into consumers' hands is worth emulating in Tokyo.

Ministry of Finance officials, in coordination with the BOJ, should create a mechanism to backstop companies suddenly veering toward bankruptcy. Mass unemployment is the last thing Japan needs right now. Tokyo can contain that risk.

Kuroda's team could play a role in buying huge blocks of corporate debt, with helpful strings attached. In conjunction with Finance Minister Taro Aso's team, the BOJ's support should be contingent on executives agreeing not to shed staff, cut wages or engage in share buybacks. The BOJ should gorge on local government debt and create lending facilities which municipalities can use to support local economies and health care institutions.

The BOJ also should reassess the negative rate experiment it started in 2016. Since then, it has lost ground meeting the 2% inflation target. In 2015, average monthly inflation growth was 0.8%. In 2019, it was just under 0.5%. The problem? Negative rates hurt bank profits as it became harder to borrow low and lend at a high. Banks became less inclined to take risks.

Time is not on Japan's side as coronavirus risks increase. Japan claims to have fewer than 900 active cases. Yet Tokyo Governor Yuriko Koike warned that Japan's economic epicenter may require a lockdown in the weeks ahead if the number of infections explodes. So far, Tokyo has seemed an outlier as cities from Seoul to New York effectively shut down. That could change fast.

What has not changed, though, is officials in Tokyo thinking the same old stimulus strategies of the past will work now. That is delusional as an economy that entered 2020 in questionable health confronts an economic pandemic intensifying by the day.