'Prime Minister Kuroda' has quite a challenge on his hands 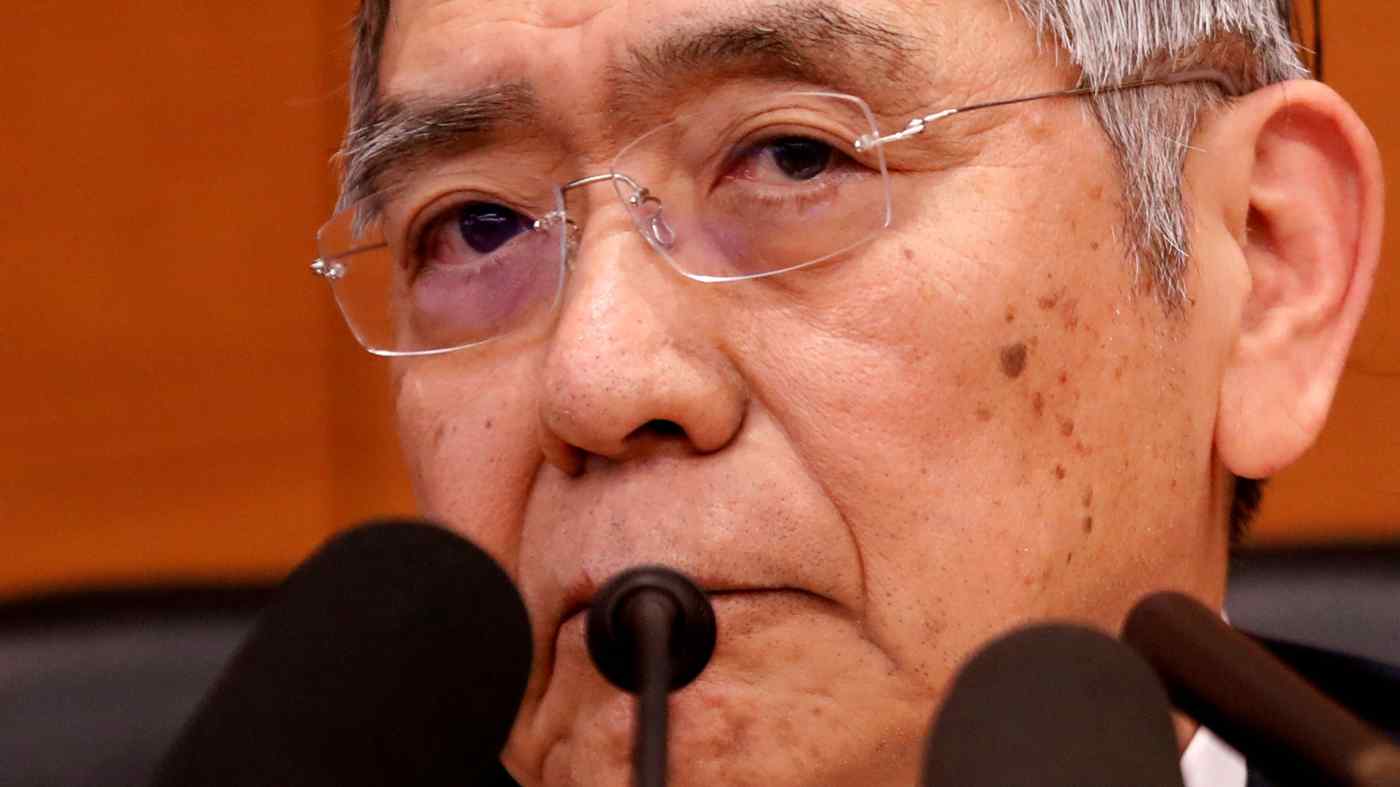 It is that time again, when Japanese politicians jockey for the premiership. Yet we already know who will lead the nation into a wildly uncertain 2022: Haruhiko Kuroda.

With apologies to Taro Kono, Fumio Kishida, Sanae Takaichi, Seiko Noda or anyone else vying for power, it is clear Gov. Kuroda's Bank of Japan will be calling the shots. We know this because that is how it has been in Tokyo for the last 20 years, if not more.

Big reforms are hard to do in change-averse Japan. After a burst of early upgrades, from 2001 to 2006 Prime Minister Junichiro Koizumi passed power to BOJ head Toshihiko Fukui. In 2008, Fukui effectively passed control of Tokyo to Masaaki Shirakawa who then handed the keys to Kuroda in 2013.

Political wonks will quibble with the suggestion that the BOJ mans the controls behind the curtain, Wizard of Oz-style. But this is the dynamic dominating top economies everywhere since the 1990s, starting with the Federal Reserve under Chairman Alan Greenspan.

Elected officials were all too happy to shift the economic management role to central banks while they tended to pet projects and social engineering.

Japan did so more energetically than others. From the days of Gov. Masaru Hayami (1998-2003) to now, politicians found it easier to blame unelected economists for their failures.

Deflation? It is the BOJ's fault. Weak bank profits? It is on you, Kuroda-san. China's economy dwarfing Japan's? If only the BOJ had done more. Japan Inc. losing competitiveness? If only BOJ headquarters paid more attention to exchange rates.

There is zero in today's electioneering to suggest a notable shift in strategy. Most of the chatter concerns reviving the structural reforms promised by Prime Minister Shinzo Abe from 2012-2020. Abe tended to some low-hanging fruit policy shifts, while hiring Kuroda to do the real heavy lifting.

Since September 2020, outgoing Yoshihide Suga, too, relied on Kurodanomics -- betting the BOJ would switch yen-printing presses settings even higher. Yes, Abe and Suga threw trillions of dollars at a COVID-19-battered economy. But fiscal stimulus is no substitute for moves to loosen labor markets, reduce red tape, rekindle innovation and narrow the gender pay gap.

On Sept. 29, when the Liberal Democratic Party picks a new leader, Kuroda will still be the man to see. On that same day, as fate would have it, Kuroda will become Japan's longest-serving central bank head. And the talk from lawmakers running for the premiership is to fob off more responsibility to the BOJ. Candidates for the presidential election of the ruling Liberal Democratic Party, Taro Kono, Fumio Kishida, Sanae Takaichi and Seiko Noda, attend the debate session in Tokyo on September 18: the talk is to fob off more responsibility to the BOJ.   © Reuters

Takaichi, for example, wants to broaden the BOJ's mandate to increasing employment levels in addition to managing inflation. Kono, the front-runner at the moment, is already warning that any move by the BOJ to ease up on the monetary accelerator would be unacceptable.

This, at a moment when the Fed is telegraphing a tapering of asset purchases. And when the Nikkei Stock Average is at 30-year highs. We can pretend investors are bullish on Suga's successor reinvigorating Japan's animal spirits. But stock bulls are betting more on "Prime Minister Kuroda" than a supply-side renaissance under a new leader whose ideas are stuck in 2012.

The double-down-on-Abenomics current running through this election is a real downer. It ignores that there was nothing new or creative about the reforms Abe promised nearly nine years ago. It was merely a list of things Tokyo should have been doing nine years earlier -- in, say, 2002.

Credit where it was due: Koizumi privatizing the sprawling Japan Post was a big deal. So was his government's success in prodding banks to dispose of bad loans from the 1990s. Mostly, though, the Koizumi years were about putting the BOJ in charge.

In 2006, when the Abe 1.0 government arrived for all of one year, the BOJ picked up even more portfolios. The five prime ministers who came and went before Abe 2.0 happily abdicated responsibilities to BOJ headquarters. Kuroda has since cornered the government bond market and effectively nationalized stocks by becoming the biggest holder of Japanese equities.

As Japan's new leader grapples with the pandemic, supersizing military spending to keep pace with China and raising Japan's digital game, the role of the BOJ will only increase. So will Kuroda & Co.'s determination not to be blamed for any economic underperformance to come.

Yet an even bigger role for the wizards behind the curtain could end badly. A big side effect of Kuroda's aggressive policies is less urgency for reformers to do their jobs.

The BOJ's success in avoiding a yen rally takes the onus off Sony and Nissan Motor to design game-changing new products. It reduces the hunger among young innovators to disrupt an economy and vie for some of Masayoshi Son's Vision Fund billions.

Real change would be for a Japanese leader to wrestle control back from the BOJ. To hand reformers the reins and brainstorm on new ways for Japan to lead the future of renewable energy, semiconductors, biotechnology, robotics, artificial intelligence, sustainable infrastructure and climate-disaster mitigation.

Instead, we are hearing the same-old-same-old talk of change that was behind the curve even in 2012. All the while, Kuroda's wizard's hat gets bigger and bigger.