Wealthy still keeping their money in gateway to China

Between the U.S.-China trade war and local anti-government protests which have stretched into their fifth month, many have speculated whether the city can retain its position as Asia's top financial center.

Some news reports have cited anecdotes about wealthy Hong Kong residents moving money to Singapore, London and other financial centers. But so far this year, only a handful of our local wealth management clients have asked about transferring accounts from Hong Kong to the U.S. -- no more than we would usually see given our firm's focus on trans-Pacific clients. Colleagues have fielded a similar number of requests about moving funds to Singapore.

"The private banks have not seen clients ask to transfer a massive amount of money out of Hong Kong," Norman Chan, Yue's predecessor, said in September.

Most of our wealth management customers have long had accounts in multiple jurisdictions. Their accounts tend to hold stocks, bonds and funds denominated in a range of currencies including U.S. dollars, yen, pounds, euros and Canadian dollars. 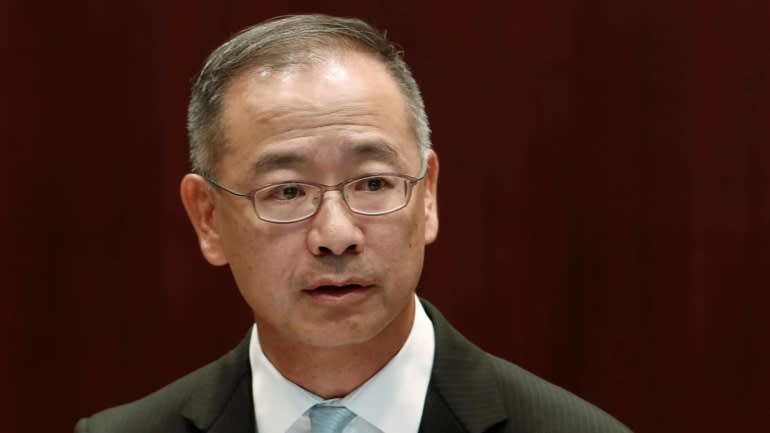 Usually assets denominated in Hong Kong dollars make up only a small share of their portfolios and these securities are generally focused on providing them with exposure to China's economy. There would be little reason for anyone to move such holdings elsewhere.

Those who are moving other funds abroad but continuing to live here and appreciate the quality of service available are likely to transfer assets back quickly when the dust settles from the protests.

Indeed, Hong Kong retained its third-place ranking in the latest annual survey of the world's financial centers, published in September by British research company Z/Yen and the China Development Institute. The city ranked behind only New York and London, with Hong Kong edging closer to the British capital.

Because the Hong Kong dollar is pegged to its American counterpart, looking at the difference between Hong Kong and U.S. long-term interest rates provides an important indicator of capital flows in and out of the city.

What current market rates tell us is that investors are willing to lend money to the Hong Kong government for 10 years at a rate 0.4 percentage points lower than what they demand from the U.S. government. This gap has actually widened in recent months, contrary to what one would expect if mobile capital wanted to flee Hong Kong.

Meanwhile, property prices in the city have moved little from their recent highs. Transactions are down, though, suggesting owners prefer to hold onto apartments rather than chance lower sales prices.

The "connect" links in turn have helped bring domestic Chinese stocks and bonds into the major global benchmark indexes complied by the likes of MSCI and FTSE Russell which are tracked by trillions of dollars of investment funds.

As a result of this trend, mainland companies now account for a majority of the market capitalization of the Hong Kong Stock Exchange.

In this regard, the city is well-established as the Chinese gateway for offshore investment: two-thirds of outbound foreign direct investment from the mainland passes through Hong Kong, matching the proportion coming into the domestic market via the city.

Hong Kong is also the world's leading offshore yuan center. This role is growing in importance with Beijing's push for increased use of its currency as an alternative to the U.S. dollar in international trade and finance, particularly in connection with the Belt and Road Initiative.

Despite the tumult on the streets -- largely outside market hours -- Hong Kong retains important advantages and the confidence of global investors and companies as the hub of choice for bridging the world's largest fast-growing economy with the rest of the world.

The recent resurgence of initial public offerings in the city, epitomized by the successful $5.75 billion stock sale of Budweiser Brewing Co. APAC -- the largest IPO so far this year in Asia -- shows Hong Kong is still very much Asia's leading financial center.