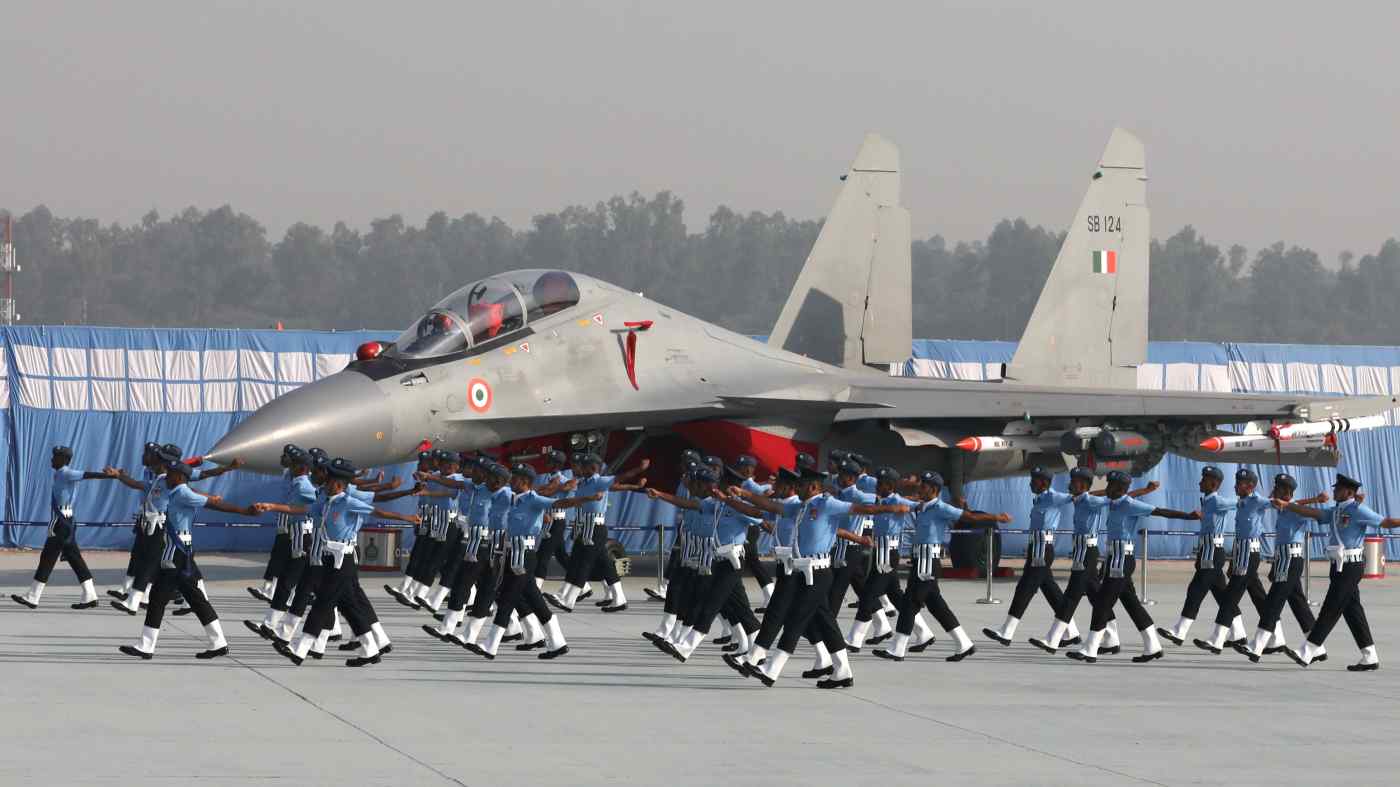 A Shukhoi-30 MKI of India Air Force is on display at Hindon Air Force Station in Ghaziabad in October 2020: if India remains a good defense customer with Moscow, it will help balance Russia's relations with China.   © Reuters
CopyCopied

Hamish McDonald is a former New Delhi correspondent for the Far Eastern Economic Review and author of "Mahabharata in Polyester," about India's Ambani family.

Take a look at the medal tally in the Tokyo Olympics and spot the big anomaly: After 12 days of competition, India -- soon to have the world's largest population -- had just one silver medal and two bronze medals.

It is not that Indians cannot excel at sports, as any cricket fan will tell you. It is just that India cannot be bothered to focus on this quadrennial contest and probably rates Nobel Prizes and Booker Prize literary nominations higher in importance. India runs its own race.

For those looking to India as a strategic counterweight to China, what they see is either hopeful or exasperating, or both at the same time.

India's demographics suggest resilience compared to China's prospective shrinking population. Its economic model is based on its huge, low-income domestic market rather than manufacturers chasing export dollars that gave East Asia its decades of rapid growth.

India's complicated electoral politics and traditions of dissent make policy changes slow, as witnessed by the turbaned Punjabi farmers who recently blockaded New Delhi in protest against grain price liberalization. Prime Minister Narendra Modi has had no real runs on the economic reform board since introducing a national goods and services tax in 2017. As COVID-19, pollution, extreme heat and flash flooding have shown, the country is vulnerable to pandemics and climate change.

Yet India keeps bouncing back. As the saying goes, its economy grows overnight while the government sleeps. Indian political pluralism is also an advantage. China's economy grew fastest when its Communist Party stepped back. Fearful of alternative centers of power, the party is now reining in its hottest technology champions.

But on his two-day exploratory visit in late July, U.S. Secretary of State Antony Blinken would have found an India that is more eager to engage with Washington than several years ago, and more ready to build on the Quadrilateral Security Dialogue, or Quad, with Japan and Australia as well as the U.S.

The brawl between Chinese and Indian troops massed on their disputed Himalayan border has turned Indian sentiment sharply against China, with India now sending tens of thousands of troops to strengthen the 3,440-km border. 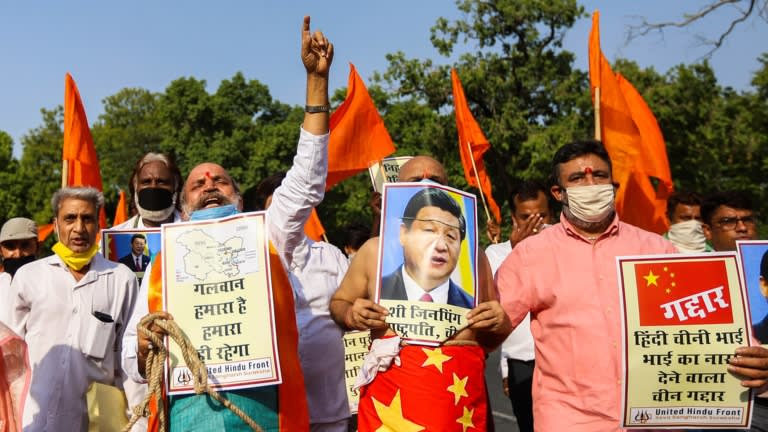 Protesters shout slogans during an anti-China demonstration near the Chinese embassy in New Delhi in June 2020: the brawl between Chinese and Indian troops has turned Indian sentiment sharply against China,   © Sipa/AP

New Delhi is not seeking a conflict there, where it faces severe supply constraints because of the tortuous Himalayan roads. But more active participation in the Quad, notably in joint naval exercises, is one way of shaking its fist at Beijing.

India has just announced that its annual Malabar exercises with the other Quad navies, normally held in the Bay of Bengal and Arabian Sea, will be transferred to the western Pacific this year. Its four participating warships will also hold bilateral exercises with Vietnam, the Philippines, Singapore and Indonesia in the South China Sea and other regional waters.

This is unlikely to lead to an extended Indian naval presence in the South China Sea. Instead, the other Quad partners will work to reinforce India's sea control in the northeast corner of the Indian Ocean while looking for other ways to build up India's power.

Although India's trade with China is at record levels, New Delhi has blocked some high-tech Chinese investments and imposed a tacit ban on China's Huawei Technologies.

Foreign Minister Subrahmanyam Jaishankar has carried out a sweeping restructuring of the ministry, filling top posts with officers experienced in Washington and Beijing instead of the previously favored diplomats who had postings in Moscow. One result is that New Delhi has become less suspicious of the U.S.-led postwar international order and less obstructionist in multilateral settings.

But expectations about India's role among its Quad partners may be running ahead of reality. New Delhi values its strategic autonomy and will keep nurturing other relationships, including with nations that are unfriendly to the U.S.

The reliance on cheaper Russian weaponry is seen as a restriction on Quad military interoperability. But if the Quad is truly just a dialogue, not an alliance, it might be best to accept the Russian military connection, as undesirable as it is. If India remains a good defense customer with Moscow, it will help balance Russia's relations with China.

A quadrilateral has four corners. Like Japan and Australia, India has its own web of relationships that can be a force multiplier in its soft and hard power.

However, there are growing concerns about India's commitment to diversity and free expression under Modi's leadership, with increased harassment of the large Muslim population and attacks on press freedom. The result is that India has become less of a democratic beacon, which reduces its ideological contrast with China. In New Delhi, Blinken made a point of meeting civil society leaders to underscore that the U.S. is watching.

Like China's President Xi Jinping, Modi can look back over millenniums of civilizational greatness. But it would be unwise for him to follow Xi in narrowing definitions of national culture and identity, or discarding institutions of accountability. Pluralism and liberalism have put India ahead in the contest that matters, and it should stay that way.