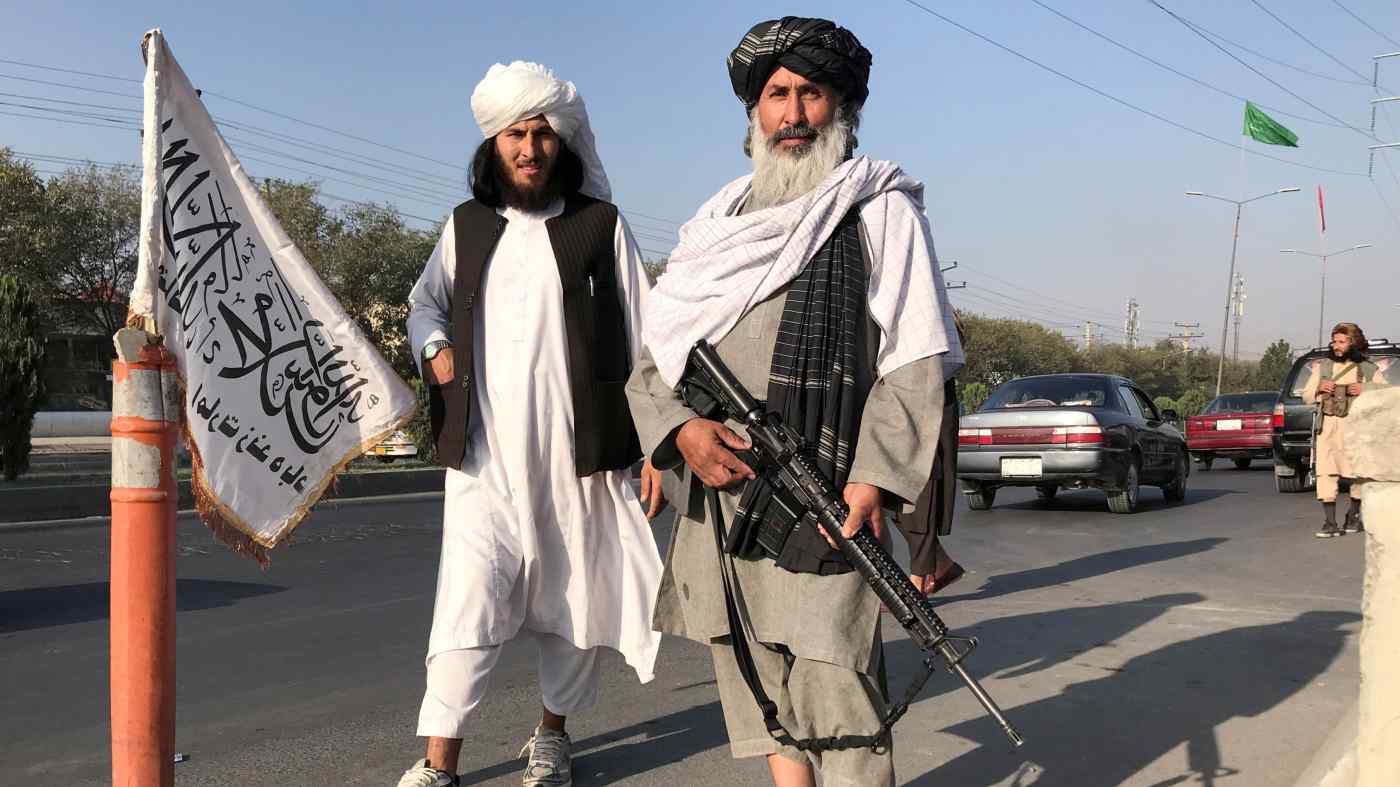 A Taliban fighter holding an assault rifle stands guard outside the Interior Ministry in Kabul on Aug. 16: Afghanistan seemingly reverts to 2001.
CopyCopied

For most of the 19th century, the Russian and British empires contended over Afghanistan in what was known as the Great Game.