Taipei should not keep all its eggs in Washington's basket USA is formed by lighting on the Taipei Grand Hotel to thank the U.S., which will give Taiwan 750,000 doses of COVID-19 vaccine on June 6: Taiwan should drop Daddy America patronage.   © AP
CopyCopied

Akhil Ramesh is a nonresident Fellow at Pacific Forum, a Foreign Policy Research Institute based in Honolulu, Hawaii.

The botched withdrawal from Afghanistan not only sounded the death knell for American unipolarity, but it was a wake-up call to U.S. allies and partners around the globe to reevaluate their overreliance on Washington for their security and defense needs.

And with last week's signing of the AUKUS security pact between Australia, the United Kingdom and the United States, it will not be just Paris that will be wary of Washington's commitment to its allies. Taiwan especially should see it as an urgent signal to remake its foreign policy to be more in line with today's multipolar world.

As Commonwealth editor Liu Kuan-Yin said recently of Taiwan putting all its proverbial eggs in the American basket. "The public will think that we are so safe. America loves us and will come to our rescue when push comes to shove."

That love for America is even more profound among Taiwan's younger generation, with many posting pictures on social media of their COVID vaccination records with the words "Thank you, Daddy America" for the timely delivery of vaccines.

In order to transform its international relations with the times, Taiwan should drop this "Daddy America" patronage and refrain from waiting with bated breath on measures such as whether the Biden administration will approve its request to change the name of its U.S. mission from "Taipei Economic and Cultural Representative Office" to "Taiwan Representative Office."

Instead, Taiwan should proactively seek partnerships with regional powers to limit its reliance on a superpower that is over 11,200 kilometers.

In today's multipolar world, regional powers such as Japan, Vietnam, Australia and India, will have a larger role to play and more at stake in maintaining peace and stability in Asia than fading powers in Western Europe and North America.

Their proximity to Taiwan, plus their economic interconnectedness and place in the Asian trade architecture, makes them vital partners in maintaining peace and stability in the wider Indo-Pacific region.

It will be in Taiwan's strategic interest to foster better relations with these four nations that have called out the People's Liberation Army's military aggression, as well as Beijing's economic bullying tactics, and have significantly more at stake than the West.

Taiwan's diplomatic efforts should be focused toward persuading these nations to rethink their One China policy and giving up their policies of deliberate ambiguity.

After recent high-level security talks with Japan, it is evident that Taiwan is keen to take things toward that end. It will be in Taiwan's strategic interest to seek security relationships with the other three in the near future.

A noteworthy development from the Japan-Taiwan security dialogue was the focus on economic security. As reports indicate, discussions revolved around plans by Taiwan Semiconductor Manufacturing Co. (TSMC) for setting up operations in Japan.

Taiwan should leverage its economic might and advanced manufacturing capabilities to establish strong economic security partnerships using its semiconductor industry as the key to winning friends in the Indo-Pacific region. As Taiwan proceeds with its bid to join the Comprehensive and Progressive Agreement for Trans-Pacific Partnership, or CPTPP, it should explore other opportunities that are borne out of the ongoing decoupling initiatives of Australia, India and Japan. 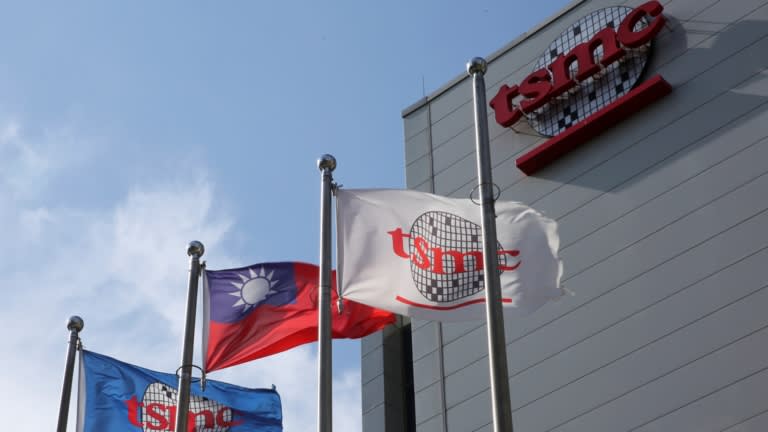 The growing interest in decoupling from mainland China and diversifying supply chains through initiatives such as the Supply Chain Resilience Initiative shows that Taiwan's expertise in advanced manufacturing can play a vital role in the transition of emerging economies to technologically advanced economies.

Furthermore, countries such as Japan, Vietnam, Australia and India cannot be painted as external powers trying to influence or shape the future of a faraway region. This will assist in getting the buy-in from hesitant partners in the region for supply chain diversification and other economic security initiatives.

If there is one country that Taiwan follow when it comes to foreign policy, it is Israel where Prime Minister Naftali Bennet has made it clear that Jerusalem will not rely on America to fight its wars,

"Mr. President, Israel never [has] and never will ask America to send troops to defend ourselves," Bennet said during his first meeting with U.S. President Joe Biden. "That's our job."

Israel has faced a similar predicament as Taiwan over the years, with few nations willing to formally recognize the Jewish state after its founding in 1948. Gradually, Israel was able to win friends and mend fences, most notably with Egypt and Jordan and more recently with the United Arab Emirates and Bahrain.

Taiwan should follow Israel's lead and double down on efforts toward gaining recognition on the world stage, especially among those neighbors experiencing strained ties with China.

If America were to play a role, it should be similar to the one it played brokering the Abraham Accords. Perhaps it could even initiate moves to strengthen Taiwan's ties with its neighbors at the first in-person summit of the Quadrilateral Security Dialogue, or Quad, which comprises the U.S., Japan, India and Australia, taking place in Washington this weekend.

Akin to the establishment of formal ties between Israel and its neighbors that reverberated across the Muslim world, Taiwan establishing formal ties with either its democratic neighbor, Japan, or the world's largest democracy, India, would send a signal to Indo-Pacific nations across that Taiwan is here to stay.