It is rather odd of the Japanese government to mark the start of a new Imperial era with the launch of something as old-fashioned as a bank note at a time when it keen to encourage a switch to a cashless society.

After all, Japan is already well behind China and other Asian neighbors in changing out of cash and into electronic payments.

Moreover, the newly-designed bills of 1,000, 5,000 and 10,000 yen will not go into circulation until 2024. Surely, there is some element of the switch to cashless that could have been launched to coincide with the new Emperor's reign. A new cashless card, perhaps.

The process needs every encouragement. Admittedly, the ratio of the value of cashless payments in total household payments has risen from 11.9% in 2008 to 18.4% in 2015 according to the latest government report. But this falls well short of 55% in China in 2015, which is fast-emerging a global driver of change in this crucial sector. The Japanese government is targeting 40% but only by 2027.

The problems involved in Japan's high dependence on cash have been highlighted by the recent surge in inbound tourists, led by visitors from China. Where Japanese consumers are cautious about changing to payment cards or apps, their Chinese counterparts show unbounded enthusiasm and are genuinely puzzled when confronted by cash-only Japanese vendors. They don't seem to worry about privacy and security, about which Japanese people are often obsessive. 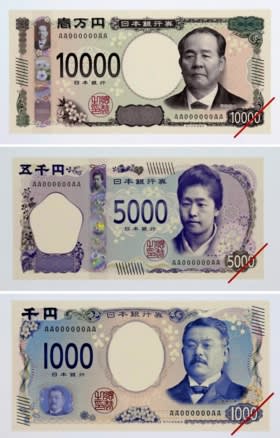 The Japanese attachment to cash is born of safety and convenience. Living in a country with little street crime and limited experience of counterfeiting money, consumers have not had to consider alternatives. Banks, largely protected from full-blooded competition by rules and traditions, have invested heavily in a convenient network of ATMs, which retailers have supplemented with their own machines, making 200,000 altogether.

The fact that Japanese consumers are rapidly aging means that old habits are dying particularly hard in this country.

But Japan cannot afford to ignore economic reality. Cash involves a costly supply chain. As the nation faces a severe labor crunch, the stubborn adherence to cash eats up valuable labor which could be put to more productive use elsewhere -- including in fintech-based financial innovation.

Consider a classic beverage vending machine. Not only do the operators fill each machine with cans, they must also collect the cash at the end of a day, bring the cash-filled bag back to their offices, run the coins through coin counters, record the amounts then carry the sorted cash to a bank branch solemnly accompanied by security guards. All this manual labor with little value-added in a country with notoriously high labor costs.

The cost associated to operating physical cash is estimated to be over 2 trillion yen annually, equivalent to 0.4% of national gross domestic product. The technology to replace it already exists.

It is not that Japan has made no progress toward digital payments. For example, the IC cash cards issued by railway companies together have reached 130 million in 2016, slightly over the Japanese population. Since the first launch in 2001, their use has expanded from transport tickets to retail and food. 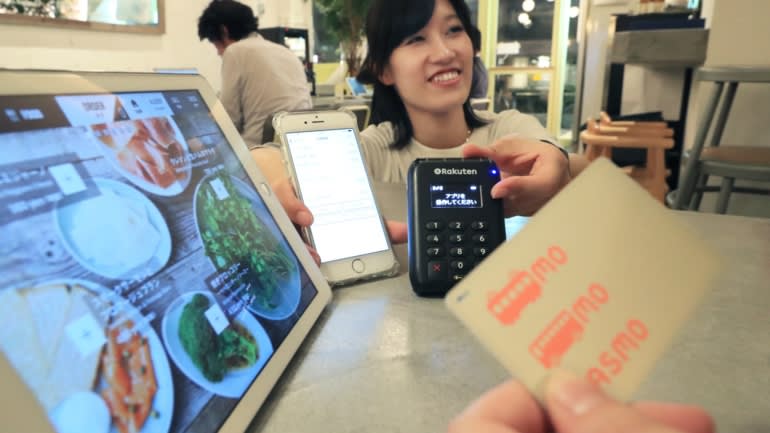 The use of IC cash cards issued by railway companies has expanded from transport tickets to retail and food. (Photo by Kosaku Mimura)

It is so convenient that as a Tokyo resident I feel comfortable with a travel card even if I accidentally leave my purse at home. Within limits, we Japanese love convenience. The cashless future is already here. It is just not well distributed.

What then can we do to accelerate trend toward cashless? We would be fooling ourselves to think that change will be uniformly smooth.

Cash will survive as the most reliable currency in mom-and-pop stores which are still common in Japan, even in Tokyo. It is not worth the investment for small individual outlets to install a new card-reading device or pay margins as high as 3% on their limited turnover. Particularly in remote regions, conservative older consumers will not likely be swayed by shorter waiting times in checkout queues to switch to payment by cards or mobile apps.

Frankly, I do not see this as particularly bad, at the margin. Cash is a comfort for the digitally-challenged and the elderly. If everything is done to minimize economic friction, would life be as varied as it is today? For tourists, including foreigners, one of the charms of a visiting a quaint old town, is the chance to indulge in its quaint customs. Including paying by cash.

Meanwhile, big businesses which stand to gain the most from operational efficiency by going cashless will most quickly recoup the investment. The boldest will go for no-cash outlets, with some food service operators already starting trials. While such moves may alienate a few cash loyalists, they will cut costs and even increase sales among the go-ahead urbanites attracted by the novelty.

For now, many urban retailers offer multiple transaction methods including cash and cashless. But as long as they maintain the cash option, the back-end operations will be tied to cash, and its inefficiencies.

The government can encourage consumers to go 100% cashless, for example by prodding people to pay for public services without cash. The Singaporean government, for example, offers QR code options for paying fines. Meanwhile, in a perverse twist, the new bills may just do that. Daunted with the new investment required to update machines such as bill counters, retailers may seize the chance to get rid of cash altogether. Similarly banks may accelerate the rate of scrapping ATMs, a process that has already started.

The ultimate goal is a better, more modern, shopping experience for consumers and lower operating costs for retailers. But for many years to come, Japan will remain a mixture of traditional and modern. So, it was a shame it missed an opportunity to promote the future. But hardly a surprise.