Did you know 98% of trucks exporting pepper from Cambodia to a processing facility in Ho Chi Minh City in Vietnam must stop at the border and unload their contents into identical Vietnamese trucks to cross the frontier?

Shippers using one of three logistics companies with operating licenses in both markets are exempted. Still, like everyone else, their trucks take two days to clear the border.

Multiply all that time and effort over the thousands of trucks that cross the borders of the members of the Association of Southeast Asian Nations every day, and it quickly adds up. This is just one simple example of friction in long agricultural supply chains in Southeast Asia. Imagine how much more competitive and valuable the sector could be if these frictions were eliminated.

Of course, ASEAN's member governments have already made good progress in improving intra-bloc trade movement. Zero tariffs between member states -- including on nearly all agricultural produce -- for example, have already resulted in substantial increases in intra-region trade.

Yet, the value of agriculture exports, as well as levels of ASEAN-wide food self-sufficiency, are not what they could be. Yields and total export values of crops, while also improving, are still way below international benchmarks.

Just look at yields to see the potential. Vietnam's robusta coffee farmers now generate yields of over 3.5 metric tonnes per hectare (MT/ha), one of the highest in the world, compared with the 0.5 MT/ha being produced in Indonesia.

Matching or even eventually outpacing yields in developed agri-economies points to an even larger opportunity. Vietnam corn yields have gone from 1.17 MTs/ha in 1995 to an average of 4.6 MTs/ha today, according to figures from the U.S. Department of Agriculture. For the U.S., this number stands at 11 MTs/ha. Climactic differences aside, this could indicate significant growth headroom.

Agribusiness makes up to 35% of gross domestic product in some ASEAN countries, with up to 70% of the population employed in the sector, according to World Bank data. At the same time, the millions of smallholder farmers who drive the sector continue to live in poverty.

Therefore, improving productivity across the agri-supply chain can completely transform the region and its people. I believe this huge change is well within reach. It just requires action from both individual member states and from ASEAN as a collective.

Five key initiatives could drive this shift. National governments must continue to support improvement of yields in agriculture; and they should boost research and development expenditure. Meanwhile, ASEAN has to come together to harmonize customs, infrastructure and financial frameworks.

The impact of government policy on yields in the region is already clear. Vietnam's success in coffee is largely down to the long-standing active development of the coffee sector by the government, the training provided to smallholders and a coordinated effort between the public and private sector. Indonesia may be behind, as the numbers showed, but it is already on its way to improving yields, too, as the government is currently working on an industry road map to achieve this. This is to be through a combination of initiatives including setting up world-class nurseries across Indonesia with active help from the private sector, establishing laboratories for cost effective soil and leaf analysis, and agronomic training like in Vietnam.

Next, as far as R&D is concerned, the Netherlands shows the way forward. While tiny inland area compared with ASEAN, it has one of the highest yield productivities in the world and is today the world's second-largest exporter of agricultural products, with a value of 94 billion euros.

Why? One factor is its 470 million-euro annual agriculture R&D budget -- or 3.3% of its agricultural GDP. That some major ASEAN farming-oriented economies currently spend less than 1% of agricultural GDP on agricultural R&D points to significant potential benefits if more funds are diverted to this area over time.

A unified customs framework, like the EU's, can cut costs of intra-ASEAN trade. In the truck example given earlier, this double handling in loading and unloading significantly increases transaction costs while reducing overall competitiveness. There are also non-tariff obstacles such as local regulations within various ASEAN countries which must be replaced by common standards for products. For example, Indonesia has a well-intended Indonesia National Standard (SNI) for food commodities sold locally. However, as the SNI is not in complete harmony with standards in other ASEAN markets, it delays trade instead of expediting the process.

Next, ASEAN's transportation networks -- while relatively strong in port infrastructure with six of the world's 25 busiest ports within the bloc -- need significant improvement, particularly in road and rail facilities. Indeed, ASEAN's own review of its Master Plan on ASEAN Connectivity 2025 acknowledges only "mixed progress" so far.

These actions taken in part or in tandem could bring transformational change for the economies of Southeast Asia and the farmers who drive them. It would also see the region playing a far more pivotal role in securing the global food chain of the future and helping to feed the 9 billion people on the planet by 2050. With the right will, the ways will be found. 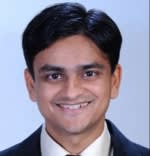