Republicans must regain credibility to help US compete with China 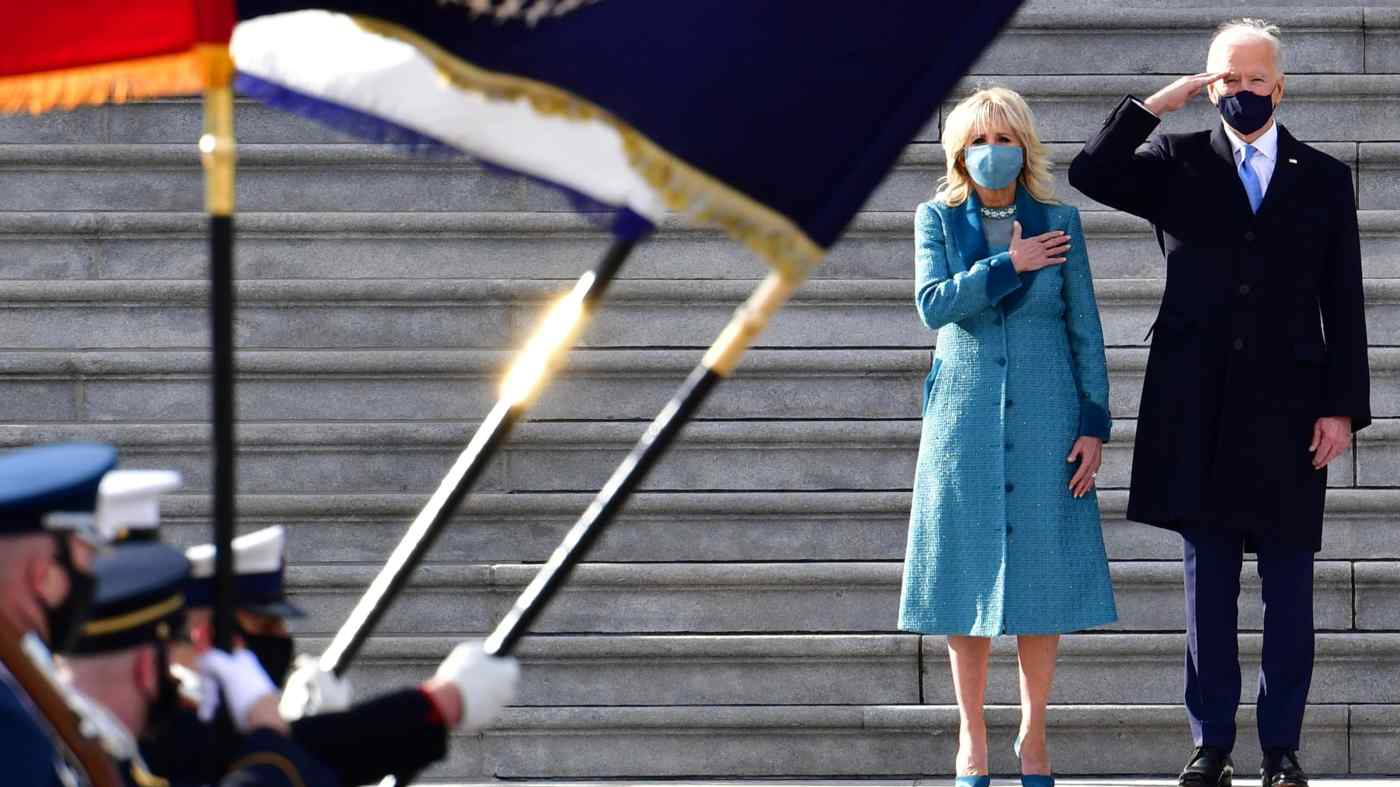 President Joe Biden and first lady Jill review the troops during the inauguration on Jan. 20: The success of Biden's China strategy depends more on the cooperation of the Republican Party than on America's allies.   © Reuters
CopyCopied

The China strategy of President Joe Biden rests on two pillars. One is to rally America's traditional allies and forge a broad alliance to counter China's growing power and aggressiveness.

The other is to build up strength at home by addressing inequality, inadequate social protection, systemic racism and chronic underinvestment in education, infrastructure and scientific research.

Biden should expect China to counter this strategy with its own initiatives, such as trying to leverage the dependence of American allies on the Chinese market to frustrate his efforts. But ultimately, the success of Biden's China strategy actually depends a lot more on the cooperation and support of the Republican Party than on U.S. allies.

Unfortunately, the values and policy positions that define the GOP today will make such cooperation unlikely. This assessment may surprise many observers, with opinion surveys and policy records suggesting that when it comes to China, Republicans today are far more hawkish than Democrats.

Republicans identified "the development of China as a world power" as the first of seven top threats, while China was not on the Democrats' list, according to a survey conducted by the Chicago Council on Global Affairs in October. Senator Ted Cruz speaks at the Senate Commerce, Science, and Transportation nomination hearings on Jan. 21: He is one of Washington's most strident China hawks.   © Reuters

Still, there is an astounding disconnect between the Republican Party's desire to vanquish China as a geopolitical foe, and the party's defining values and policies that will make it unlikely for the U.S. to build up strength at home and attract support abroad.

On the homefront, the majority of the Republican Party is in the grip of White nationalism and illiberalism, as has been so shockingly revealed during the last four years.

If Republican leaders continue to identify with these values, and condone the extremism of far-right groups and embrace Trumpism, they will only further fuel political polarization. Racism and the trashing of liberal democratic norms will also repel America's democratic allies and increase their reservations about joining Washington in a common cause against Beijing.

For now, Republican efforts to stymie Biden's $1.9 trillion economic rescue package will only reinforce the narrative and perception of American political dysfunction and decline, while inadvertently burnishing the image of China whose economy has rebounded and is expected to achieve growth in the high single digits in 2021.

In the medium term, the Republican Party will have to jettison its opposition to tax and spending increases, and work with the Biden administration to build up American strength. Republican obstructionism will not only deepen America's yawning political divide, but will also play into China's hands, whose rulers appear unified and ready to wage a decadeslong geopolitical struggle with the U.S. In terms of domestic policy, the Republican Party should support higher taxes to reduce income inequality, which is at its highest level since the Great Depression.

Additional revenue will enable the U.S. to invest more in research and development, the battleground of U.S.-China rivalry in the coming years. The U.S. has been underinvesting in R&D, while China has rapidly caught up. Total annual R&D spending in the U.S. rose from $333 billion to $485 billion from 2000 to 2017, a net increase of only $152 billion. In the same period, Chinese annual R&D spending skyrocketed from $41 billion to $445 billion, a net increase of $404 billion.

Addressing health care reform is another urgent need, which the Republican Party has strongly opposed. What Republicans do not seem to realize is that without fixing America's inefficient health care system, enormous resources will be drained away and the country will lack the means to sustain its competition with China. During the Cold War, health care spending consumed a relatively small share of economic output, allowing Washington to finance an expensive arms race that the former Soviet Union could not match.

Health care spending was 5% of U.S. gross domestic product in 1960, reaching 8.9% in 1980. But by 2019 health care spending reached 17.6% of GDP, double the average of the 37 member countries of the Organization for Economic Cooperation and Development. Only radical health care reforms, such as instituting a single-payer system similar to Medicare, can help bring down America's runaway health spending.

To enable the U.S. to strengthen existing alliances and build new ones, the Republican Party must embrace policies to combat climate change. As a party long associated with climate denialism, this may be hard to do. But Republican leaders need to realize that their opposition to the Biden administration's climate efforts will alienate Europe, undercut American credibility, and cede global leadership on climate change to China, which has pledged to reach carbon neutrality by 2060.

The China hawks in the Republican Party, most of them known for their opposition to policies to address inequality, health care reform and climate change, should take the lead in embracing Biden's China strategy if they genuinely want to see America succeed in competing with China.