Declining population not the dire trap it seems at first glance 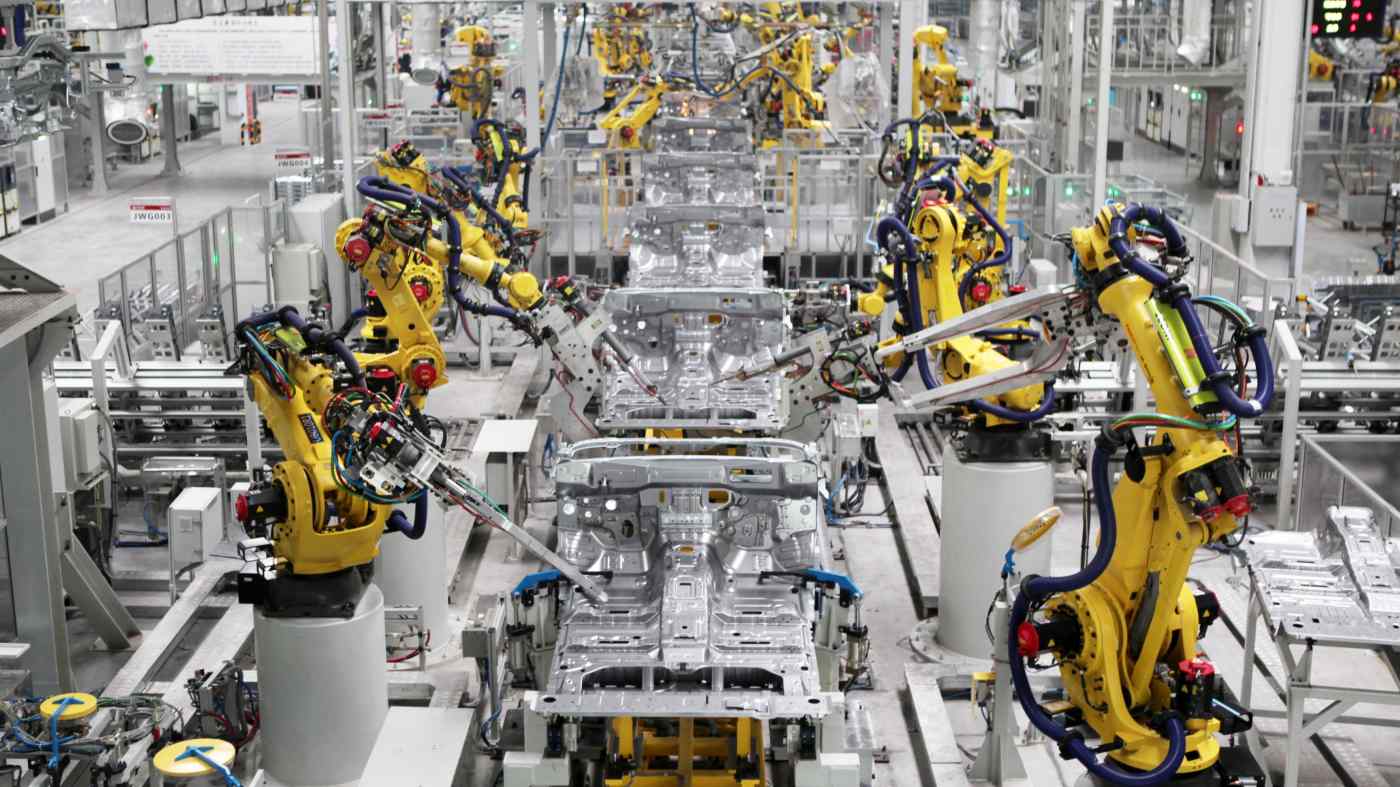 Robotic arms on a vehicle production line in Yongchuan, pictured in October 2019: the world's largest manufacturer will be the largest end market for robots.   © China Daily/Reuters
CopyCopied

In the 1990s, Chinese carmakers -- eager for the best technology -- were negotiating with their Japanese counterparties to produce cars together in joint venture factories.

The mainland side wanted the latest equipment, the leading edge robotics. To the Japanese, that made no sense. They tried to explain that the competitive advantage of the Chinese side was the seemingly infinite supply of low-cost labor. Given its aging workforce, the Japanese, by contrast, had to use capital rather than labor.

Today, China looks very similar to Japan back then.

To many economists, a working population that peaked in 2013 inevitably means slower economic growth and a hollowing out of the manufacturing sector. Making things still accounts for 27% of China's gross domestic product and has been at the heart of its rise as the workplace of the world. Moreover, demographic changes mean that an increasing pile of both government and private sector savings will go to funding a still incomplete social safety net rather than more productive uses.

Given the aging demographics of its people, how can Beijing even think it can double its GDP by 2035? Along with the need to grow in a more environmentally friendly way and the need to reduce the amount of credit for each unit of value-added, surely the population trap is among the biggest challenges to that ambitious target?

Yet, there are reasons why the outlook is less dire than at first glance. And that is largely thanks to technology and the rapid advances in industrial automation on the mainland.

That appears counterintuitive at first glance. The combination of a birthrate that peaked back in 1987 and ever fewer people bearing the costs of their aging elders is potentially devastating. And because aging in China has been swifter than elsewhere as a result of the one-child policy Beijing adopted 40 years ago, the impact will consequently be greater than in Europe or elsewhere in Asia.

Last year, the birthrate was the lowest since the one-child policy was introduced. Moreover, the fact that the policy was relaxed in 2014 suggests that it alone cannot account fully for the sharp decline in the desire to have more than a single child, according to JP Morgan.

Worse is to come. This year labor's net contribution to growth will be zero; in 2022, it will be negative. In addition, China may be especially unfortunate in that, unlike Japan, it has become old before it has become wealthy. But to write off China's fortunes going forward would be premature. 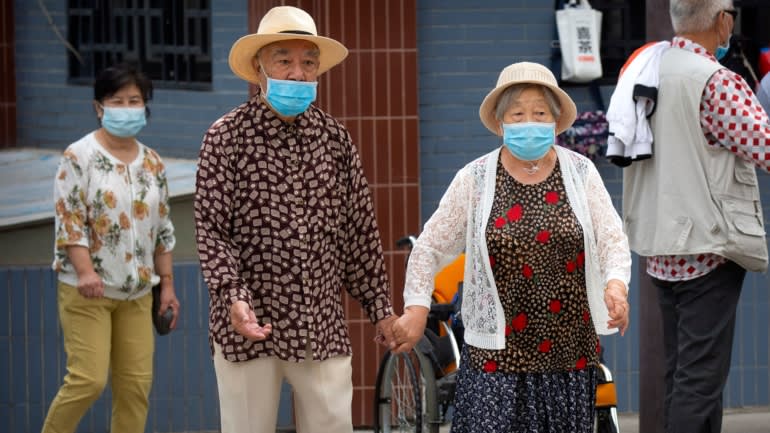 An elderly couple walks at a public park in Beijing: China has become old before it has become wealthy.   © AP

That is because the mainland is aging at a time when advances in both the proficiency and the economics of robots have improved dramatically. That may well change economic dynamics going forward. China is not necessarily doomed to treading the path of Japan and South Korea, which have seen a hollowing out of their manufacturing sectors as labor costs rose on the back of fewer workers.

"At more than 350,000 units per year, Chinese robotics demand will be by 2024 roughly the size of the entire market globally," write the analysts at Bernstein Research. "The world's largest manufacturer will be the largest end market for robots by multiples over any other country."

That has huge consequences both for China itself and for countries in Southeast and South Asia that hoped to see a wave of investment coming to them as wages rise in their giant northern neighbor. Offshoring may well not happen in the scale neighboring countries once imagined possible.

For China, new technologies will transform the stuff at the heart of the old economy, such as steelmaking. Yet, technology and automation will not simply lend themselves to manufacturing traditional products such as high-end electronics, hardware, and everything from locomotives to telecommunications equipment.

They will also play a large role in China's efforts to grow greener. Indeed, China already has a massive leading edge in areas such as churning out solar panels, in which the country already accounts for up to 80% of world output, and the same for wind turbines.

Finally, the key to lasting productivity is not just to use robots, it is to optimize the way humans and robots work together. China has almost 300 million migrants, 70% of whom have only a junior secondary education, according to data from Helen Qiao of Bank of America. By upgrading their skills, the combination will be even more powerful.

"The increased use of robots in a broad range of barely robotized industries as well as newly fitted out automotive factories gives [us] confidence that the steep demand growth can continue," Bernstein concludes.

For China, a doubling of GDP by 2035 means 4.7% growth per year. To many of its proud citizens, that figure seems too modest. They may well be right.