Rohingya are being left to die at sea. Does anyone care? 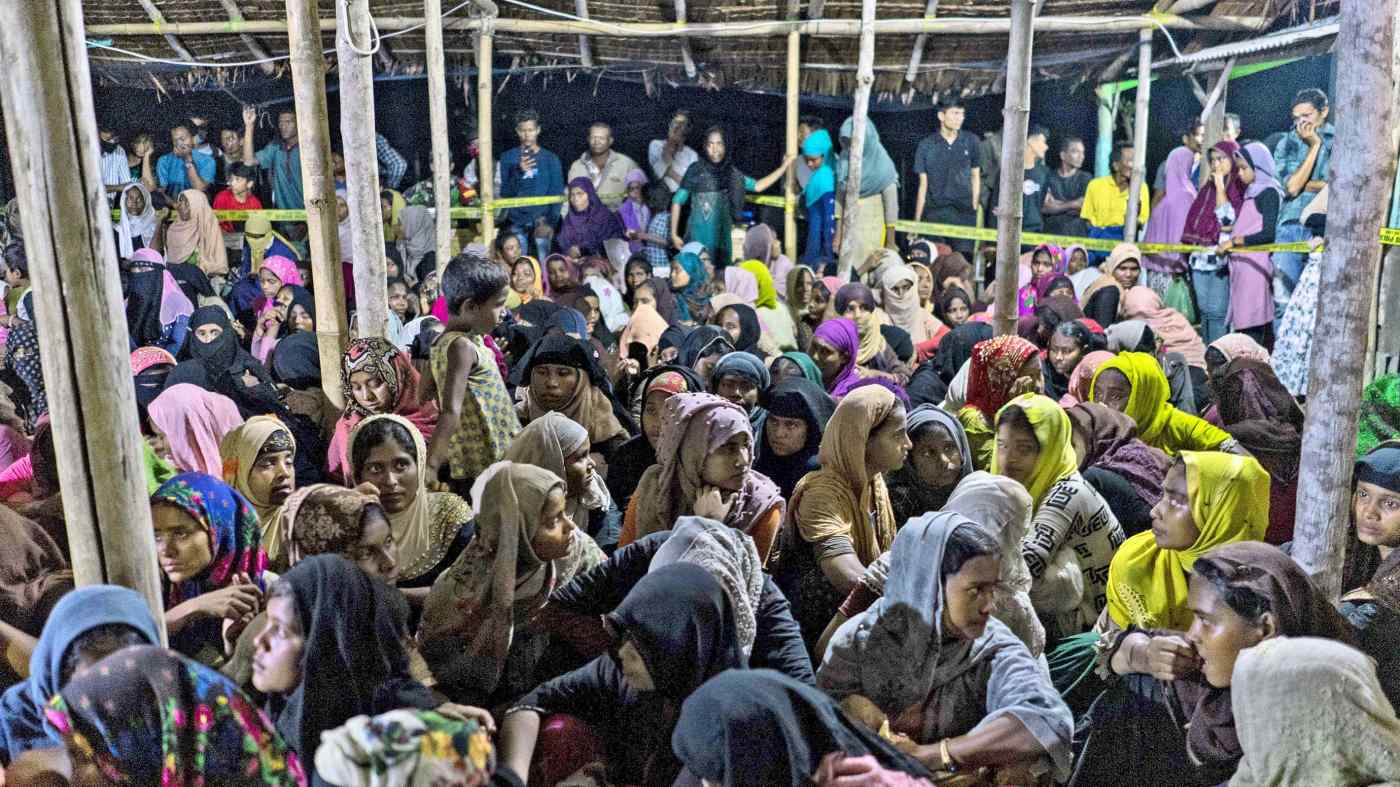 Rohingya refugees rest after the boat carrying them landed in Lhokseumawe, Aceh province, Indonesia, on Sep. 7: this is sadly nothing new.   © AP
CopyCopied

Last week some 300 Rohingya men, women, and children washed up on the shores of Indonesia's Aceh province.

Starving and desperate, they had spent the past seven months on the open waters of the Andaman Sea, looking in vain for a safe harbor. The survivors said at least 30 people had died on the perilous journey.

For Rohingya, this is sadly nothing new, but rather a nightmarish history that keeps repeating. This year, hundreds have been left stranded on overcrowded and squalid boats across Asia. The governments of the 10-member Association of Southeast Asian Nations have turned their backs on them, closed their borders, ignored their plight, and refused to let boats disembark, leading to scores of deaths. Tellingly, the boat that landed in Aceh last week was rescued by Indonesian fishermen, not the Indonesian authorities.

Back in 2015, when hundreds of Rohingya people lost their lives at sea in what is now infamously known as the Asian boat crisis, ASEAN vowed to never again abandon them to the sea. Sadly, recent events have exposed the hollowness of those commitments. Ahead of another sailing season when refugees will once again take their chance on the high seas, South and Southeast Asia's leaders must make a collective decision to choose lives over politics. Local residents inspect the boat carrying Rohingya refugees that landed on a beach in Lhokseumawe on Sep. 7.   © AP

Since January at least 2000 refugees have been stranded on boats in the Andaman Sea and the Bay of Bengal. The vast majority are Rohingya who, with the help of human traffickers, have fled the uncertain future and day-to-day drudgery of the refugee camps in Bangladesh.

With many Rohingya still traumatized by the brutal violence carried out by the Myanmar military in 2017, forcing 700,000 across the border into Bangladesh, many now relate horrific experiences at sea. Famished, beaten, many are simply killed by traffickers -- their supposed saviors. At least 140 people are thought to have died since January.

On one boat that washed up in Bangladesh in April, authorities found more than 150 unaccompanied children among the severely malnourished survivors. One 16-year-old Rohingya girl told us: "We were at sea for almost two months. I saw a man dying and the trafficker threw him overboard. The trafficker beat us when we asked him to turn around and go back to Bangladesh. I never thought I would survive."

But while Rohingya suffer, countries like Indonesia, Malaysia, and Thailand across the region have often ignored their struggle, with some countries even pushing the boats back to sea. This is not only inhumane but a blatant violation of international law. Those that do make it to land face uncertain futures.

All too similar to the 2015 tragedy, it is appalling that governments have failed to live up to the commitments they made then to avoid the same thing happening again.

Despite initiating the so-called Bali Process in 2016 -- a regional anti-trafficking forum to facilitate policy and information sharing on people smuggling and other transnational crimes -- the regional response remains as paralyzed as five years ago. Member states have mostly failed to trigger the so-called Consultative Mechanism, which could have helped save lives through search-and-rescue missions and the provision of essential aid.

ASEAN has been similarly hamstrung, failing to launch the search-and-rescue operations it committed to in 2012. Nor have any meaningful steps been taken to share responsibility for refugees. In fact, at the July ASEAN summit in Hanoi, at the height of this year's crisis, maritime refugees did not even rate a mention in the post-summit statement.

There is no doubt that refugees will board boats again when the current monsoon season ends. Now is time for leaders of South and Southeast Asia to put politics aside and protect the lives of desperate people. Governments should end the practice of pushing refugees back to sea, and instead provide aid to those who disembark. Rohingya refugees at the Kutupalong camp in Ukhiya, Cox's Bazar, Bangladesh, pictured on Aug. 25: they will board boats again when the monsoon season ends.    © LightRocket/Getty Images

ASEAN must also take a collective approach to the maritime refugee operations that focus on search-and-rescue and share responsibility across borders. The Bali Process countries -- in particular its co-chairs, Australia and Indonesia -- should take urgent action to ensure that they make use of the frameworks that were established in 2016 to protect refugees.

Ultimately, however, this is a crisis that can only be solved by addressing the root causes of the Rohingya migration crisis. Brutally repressed for decades, Rohingya are still denied their right to citizenship and documentation in Myanmar. Harsh restrictions on their movements have confined them to what rights groups have described as "an open-air prison" in Rakhine State. No one has been held accountable for the atrocities committed against them in 2017.

As long as these conditions persist, Rohingya will continue to risk their lives to escape whether from Myanmar or from the refugee camps in Bangladesh. Myanmar must act to improve the lives of Rohingya, uphold their rights and well-being, and create the conditions that make the safe return of refugees possible.

With the next sailing season approaching, regional governments have an opportunity to show that they have learned the lessons of the past. Lives are at stake.