Rushed US exit from Afghanistan will reward Taliban drug barons 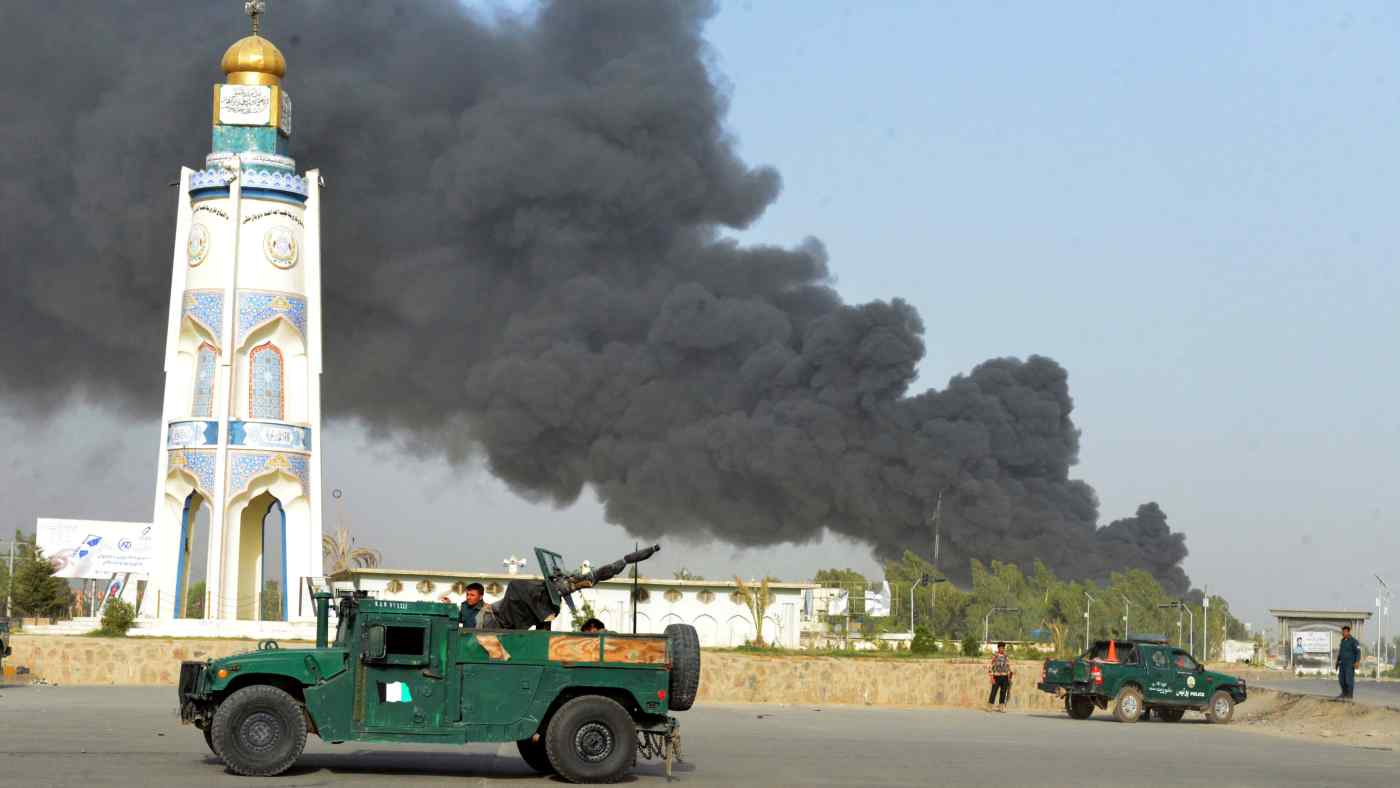 Black smoke billows after an explosion outside the provincial police headquarters in Kandahar in July 2019: Taliban fighters are advancing ever closer to Kabul.   © AP
CopyCopied

A large mural showing doves bursting from a Kalashnikov has appeared in Kabul and other Afghan cities in recent weeks, painted on the blast protection walls that envelope most major buildings. Artlords, the Afghan charity responsible, has been using these ubiquitous concrete canvases for years to campaign for an end to the country's cycle of war.