Russia's blockade of the Black Sea demands a global response 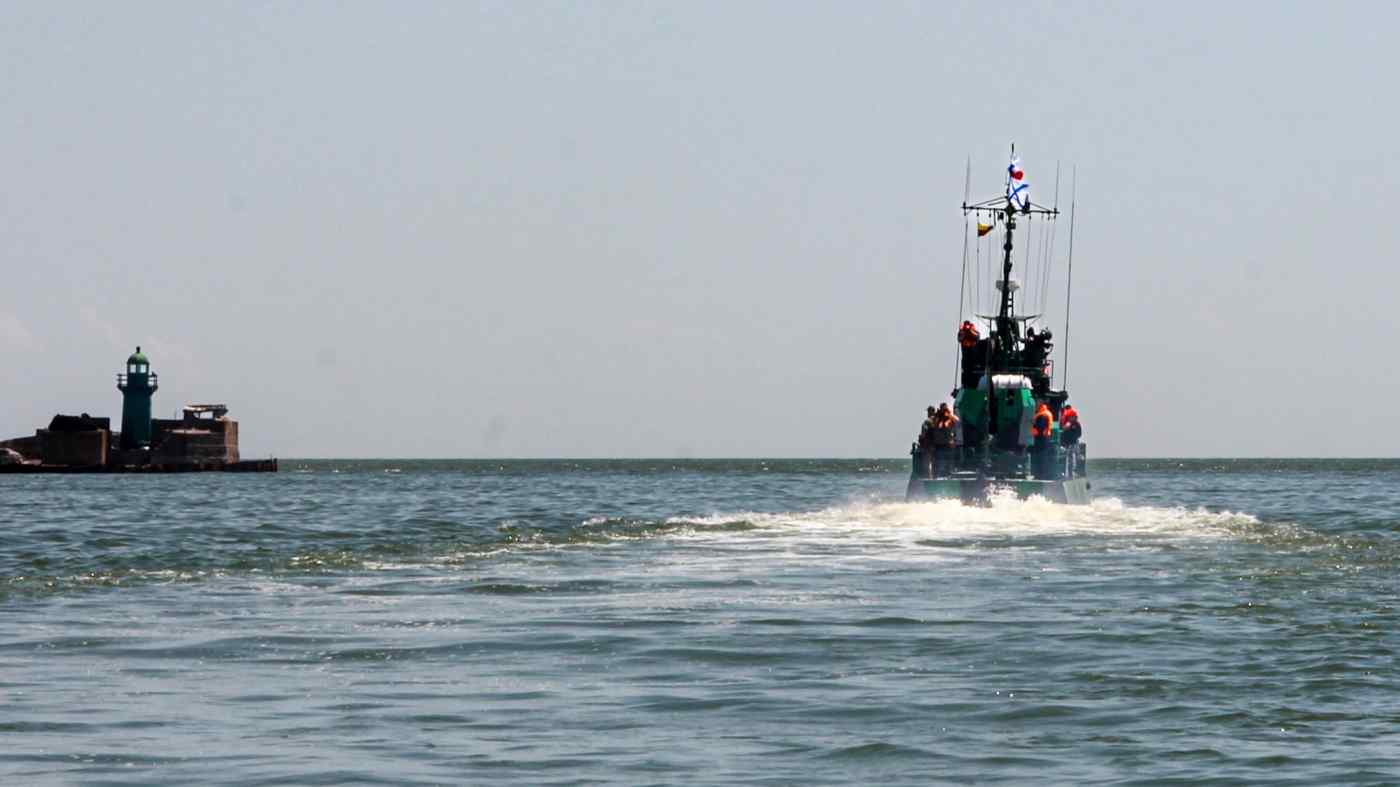 Russian Navy boat patrols the Mariupol Sea Port area in Mariupol, eastern Ukraine, on May 30: The battle for the Black Sea is a direct challenge to the global maritime order.   © AP
CopyCopied

Alessio Patalano is professor of war and strategy in East Asia at the Center for Grand Strategy in King's College London and senior fellow at Policy Exchange.

It is hard to think about Russia's invasion of Ukraine without conjuring images of battling tanks and urban devastation unseen in Europe for decades. Yet, as Russia's recent shift south and east shows, this is also a maritime war.

Ukraine's daring sinking of the Russian warship Moskva and the fight over the strategically located Snake Island have embodied the naval highlights of this new phase, revealing the David-against-Goliath fight for the control of the Black Sea.

As Ukrainian forces opposed Russia's land invasion, Moscow used its naval superiority to impose a theater-wide maritime blockade. The aim was to strangle the already weakened Ukrainian economy and cripple Kyiv's ability to resist by disconnecting the ports in the Odesa region from the world's shipping routes.

Still, in so doing, the battle for the Black Sea is no longer one aspect of the wider war that the Kremlin is waging against Ukraine and is now a direct challenge to the global maritime order that demands an international response.

Ukraine is a vital player in the worldwide supply and distribution of food-related raw materials. According to the United Nations, Ukraine is among the top five global exporters of wheat, with over 20 million tons sent to 82 countries abroad in 2021.

In the same year, Ukraine was also the second-largest exporter of corn, the largest exporter of sunflower seed oil and a major exporter of fertilizers. Whether through traded grains or by indirectly supporting critical aspects of global agriculture, the disruption to the flow of Ukrainian exports has already had a significant global impact that is manifested in three different ways.

First, global food demand is not being met. The Ukrainian agriculture ministry has reported that some 20 million tons of grain are currently stuck in silos across the country -- an amount that is almost equal to the country's entire wheat exports last year. 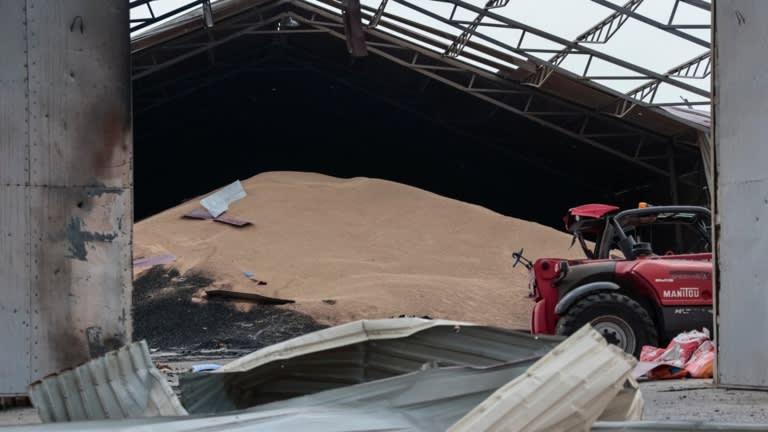 Seeds in a grain silo destroyed after being shelled repeatedly in Donetsk, Ukraine, on May 31: Some 20 million tons of grain are stuck in silos across the country.   © Reuters

Before the war, ports in the Black Sea were responsible for the shipping of some 90% of the country's exports. Today, the sheer volume of grain that needs to be moved means there is no real land or riverine alternative to Black Sea shipping lanes.

The second effect concerns the rise in wheat prices that is rewarding Russia. As a significant grain exporter in its own right, Moscow is benefiting financially from this food crisis.

This leads to the third and arguably most crucial effect, which is that food insecurity is a major source of domestic political instability.

Understanding who the usual buyers of Ukrainian wheat are, Russia's Black Sea blockade has the makings of a global food crisis that will disproportionally affect developing countries or states with fragile domestic political systems in Africa, the Middle East and Asia.

Crucially, with Ukrainian producers having to finalize planning for next year's harvest within the next eight weeks, a lack of action to address the blockade within this narrow time frame could have long-lasting knock-on effects.

Addressing the blockade of the Black Sea is easier said than done. The battle for the control of the sea, including Ukrainian attempts to deny its use for Russian military purposes, cannot be fully disentangled from the wider implications of this for the maritime order.

Russian operations to neutralize Mariupol in support of their shipping within the Sea of Azov, or Ukrainian assaults against Russian positions on Snake Island, as well as the mining of the port areas around Odesa to prevent amphibious assaults, have direct repercussions on how the international community should consider options to break the blockade.

Early in March, the International Maritime Organization (IMO) sought to encourage the establishment of a blue safe maritime corridor to allow for the safe evacuation of stranded seafarers and ships from high-risk areas and to ensure commercial navigation of vessels.

While Russia seemingly informed the organization that it had established a humanitarian corridor, safety concerns for shipping persist. Free-floating sea mines have been sighted, and Russian warships and submarines remain active in the region.

Since Moscow offers no guarantee that it will not take advantage of the opening of ports under Ukrainian control, the current stalemate is unlikely to offer any confidence to ship operators and insurance companies to take any risks.

The looming food shortage is a humanitarian crisis of potentially global proportion, and the IMO's proposal for a corridor offers a valuable starting point for the pursuit of an international effort, ideally led by the United Nations. Given its control of the access to the Black Sea through the Bosporus, Turkey should be regarded as a key player.

Demining and convoy escort duties will offer a variety of options for an array of contributions, including from those countries most at risk of food insecurity. Such an approach is appealing in that while implementing a humanitarian corridor might be difficult without altering the military dynamics of the war, an international agreement over its mandate would be less so.

In this respect, NATO, or at least NATO's European members with relevant experience and command structures like the United Kingdom and France, could take the lead in an effort to minimize the risks. Countries with similarly cutting-edge mine-hunting capabilities and experience, such as Japan, could also support the endeavor to ensure this remains an inclusive effort to preserve the international maritime order.

One thing remains certain. In a blockade that is no longer just a military operation in a catastrophic war, the time for the international community to act is now.