Russians will continue to back Vladimir Putin

People are yet to link economic downturn with events in Ukraine 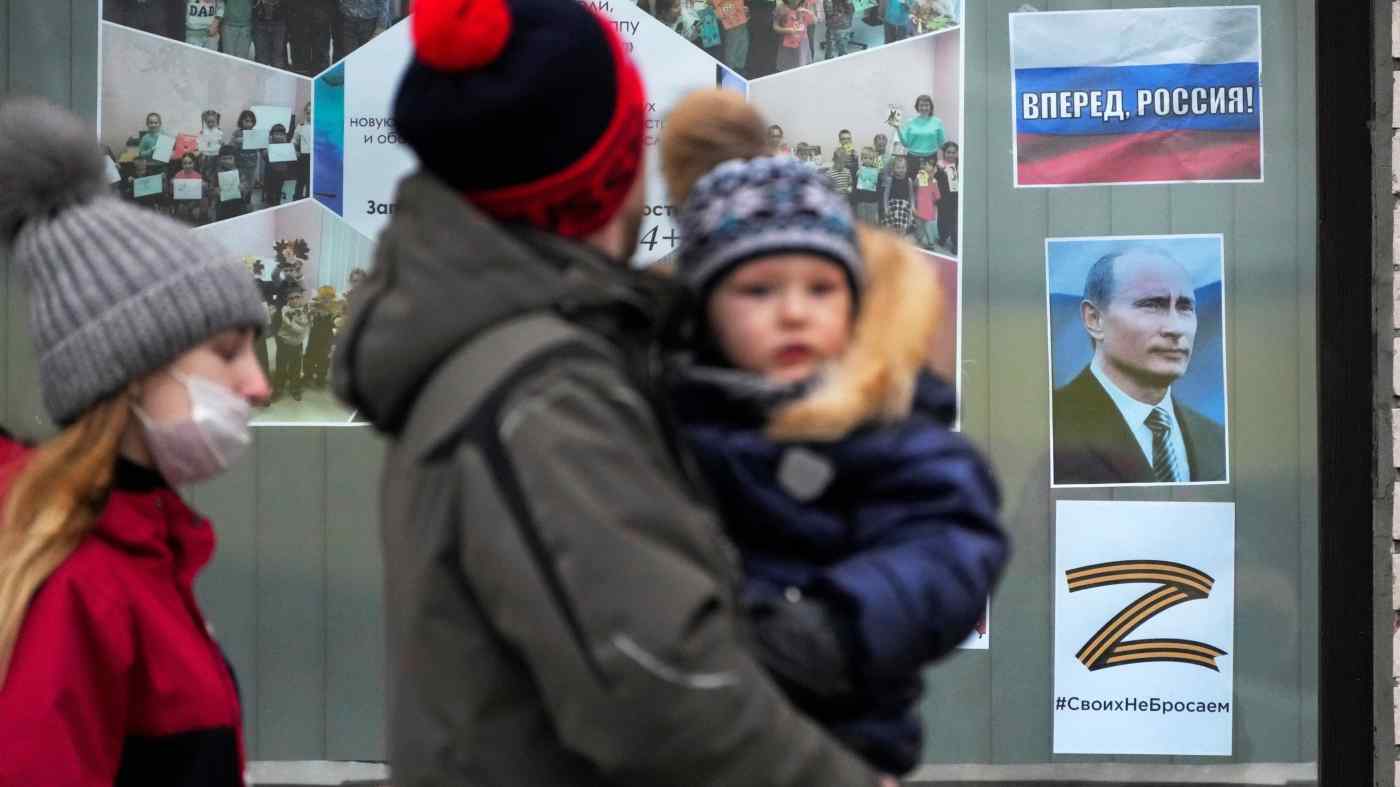 A portrait of Vladimir Putin and the letter Z, a symbol of the Russian military, displayed in the window of a children's library in St. Petersburg on Mar. 11: Western leaders' calls for the removal of the Russian president will serve to further unite people.   © AP
CopyCopied

Danil Bochkov is a fellow at the Russian International Affairs Council in Moscow.

More than a month into what is officially known here in Moscow as Russia's "special military operation" in Ukraine, deemed a war in the West, some have attributed the limited number of protests and the inactivity of ordinary people to the omnipresent fear of the harsh measures aimed at limiting the space for the expression of discontent.