Sanctions will not help Rohingya 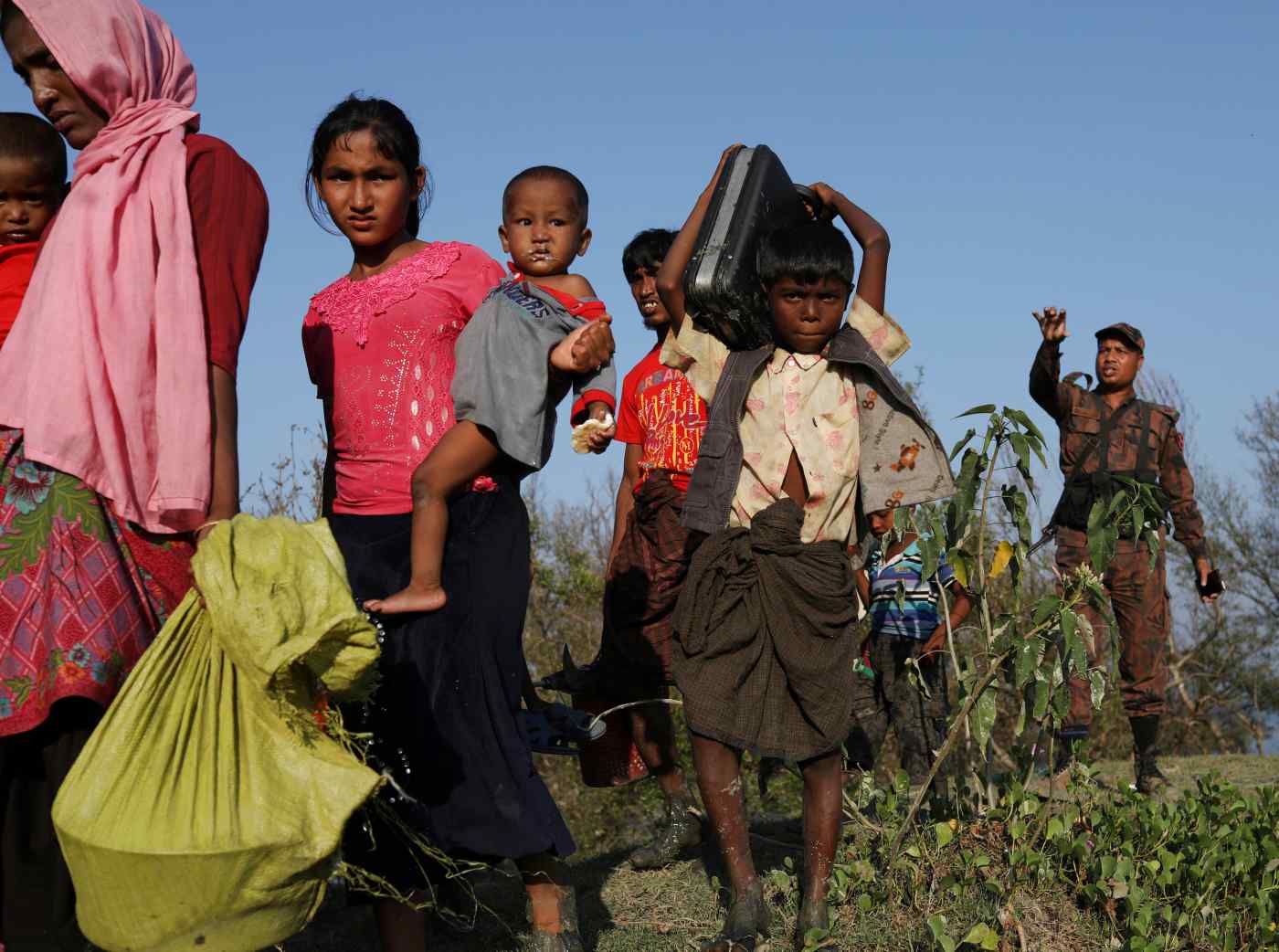 Rohingya refugees carry their belongings after arriving on an improvised raft at Teknaf, Bangladesh on Nov. 27.   © Reuters
CopyCopied

Advocates of sanctions are gaining ground in Washington and Brussels in response to the continuing humanitarian crisis in the Rakhine state of Myanmar.

The U.S. is preparing targeted sanctions against the Myanmar military in response to alleged atrocities committed against the Rohingya population. The European Union has already suspended invitations to senior Burmese military officers. Human rights organizations are calling for even tougher sanctions from the United Nations Security Council and concerned countries.

However well-intentioned, these efforts are unlikely to help the Rohingya Muslim minority in Myanmar. The claim that sanctions would alter the behavior of Myanmar's armed forces is questionable at best. In fact, the imposition of sanctions on Myanmar could have unintended consequences, and even imperil the country's march toward a more democratic society.

Western countries are taking action against the Myanmar military over the violence in northern Rakhine that drove more than 600,000 Rohingya to neighboring Bangladesh since August. The U.K. said that it will end all engagement with Myanmar's armed forces until the refugee issue is resolved. Five Burmese military officers who were in England for training programs were sent home in September. The EU will review all practical defense cooperation with Myanmar and may consider additional measures if the situation in Rakhine does not improve.

The U.S. has ended travel waivers for current and former senior leaders from the Myanmar military and has rescinded invitations for senior Burmese security forces to attend U.S.-sponsored events. Officers involved in military operations in northern Rakhine state will not receive or participate in any U.S. assistance programs. Moreover, the U.S. Congress is looking into targeted sanctions under American laws, including the Global Magnitsky Act, that can freeze assets and impose visa bans on selected individuals. Although Secretary of State Rex Tillerson would not advise broad-based economic sanctions, he said, during his first trip to Myanmar on Nov. 15, that targeted sanctions on individuals may be appropriate.

U.S. lawmakers are furious with the Myanmar military's alleged human rights abuses. Sen. John McCain, a big supporter of the country's de facto leader Aung San Suu Kyi, has made clear his disappointment in her failure to condemn the military's excesses. Congress is considering bills proposing to cut direct military cooperation between the U.S. and Myanmar, re-impose a ban on Myanmar jade and rubies, and prevent the U.S. Treasury from encouraging international financial institutions to partner with enterprises controlled by the military.

While the intention to help the Rohingya is commendable, sanctions advocates should recognize that punitive actions could undermine Myanmar's long-term reform process.

The Myanmar military has been seeking opportunities to engage with Western armed forces, and learn democratic norms and professional best practices. For instance, the Asia-Pacific Center for Security Studies (APCSS), a Department of Defense institute in Hawaii, has invited military officers and civilian officials from Myanmar for training since 2013, with many attendees traveling abroad for the first time. Not only have Myanmar's participants benefited from the APCSS courses where they studied democracy, rule of law, and security cooperation, but they also have developed appreciation for democratic institutions.

Unfortunately, the APCSS can no longer invite Myanmar military officials ranked brigadier general and above. If further restrictions are pushed through, they would only make the Burmese military leaders, who are open to implementing democratic reforms, antagonistic toward the U.S. and other Western governments. Sanctions would discourage them from furthering the political transition and could encourage them to go back to their old ways.

Renewed Western-led sanctions could also drive Myanmar into China's orbit. While the U.S. and other Western countries are pressuring the Myanmar military on the Rohingya issue, China is giving its full diplomatic support to Naypyitaw, arguing that the Rohingya issue is internal. Beijing has strong economic interests in Rakhine state. Russia, a longtime partner of the military, also sides with Naypyitaw. The Russian Ambassador to Myanmar Nikolay A. Listopadov told the press recently that, "there is not reliable proof, evidence to make such a condemnation, genocide and ethnic cleansing, no evidence."

Many analysts have asserted that Myanmar's generals opened up the country because they wanted to balance China's overbearing influence. The military will inevitably embrace China again if Western countries impose new curbs, including targeted sanctions on the top brass. Several retired and current military officers have started doubting the Western commitment to Myanmar's development and reform process.

If Beijing becomes a more attractive partner for Naypyitaw, Myanmar's reform trajectory would shift toward the China model -- an authoritarian regime with a market economy, and away from Western-style liberal democracy that recognizes the importance of civil liberties and human rights. This would make life worse for vulnerable minorities like the Rohingya.

Western sanctions would also send unintended signals to foreign investors. Even if sanctions target only the Myanmar military and its business empire, they would reduce investors' confidence in Myanmar's market. Foreign direct investment (FDI) would flow elsewhere. In the first year of Aung San Suu Kyi's government, FDI volume is in any case down about 30% from the previous year. More than a quarter of Burmese live in poverty, and the poor suffer the most from economic turmoil.

Western governments should choose engagement over sanctions. The Advisory Commission on Rakhine state headed by Kofi Annan, a former U.N. secretary general, has several recommendations for international donors. One of them is to provide technical and financial assistance for training on human rights awareness, protection of civilians, and community policing. Myanmar also needs international assistance to fight against drug trafficking that has fueled conflict in Rakhine and other cross-border crimes such as human trafficking and migrant smuggling of which the Rohingya are frequent victims.

In short, diplomacy and engagement -- not punishment and sanctions -- would be a better way to help the Rohingya as well as support Myanmar's long-term democratic transition.

Nay Yan Oo is a resident fellow at the Pacific Forum, Center for Strategic and International Studies (CSIS), and was previously at the Center for Burma Studies at Northern Illinois University.