Saudi-Indian clash over oil prices a losing battle all around 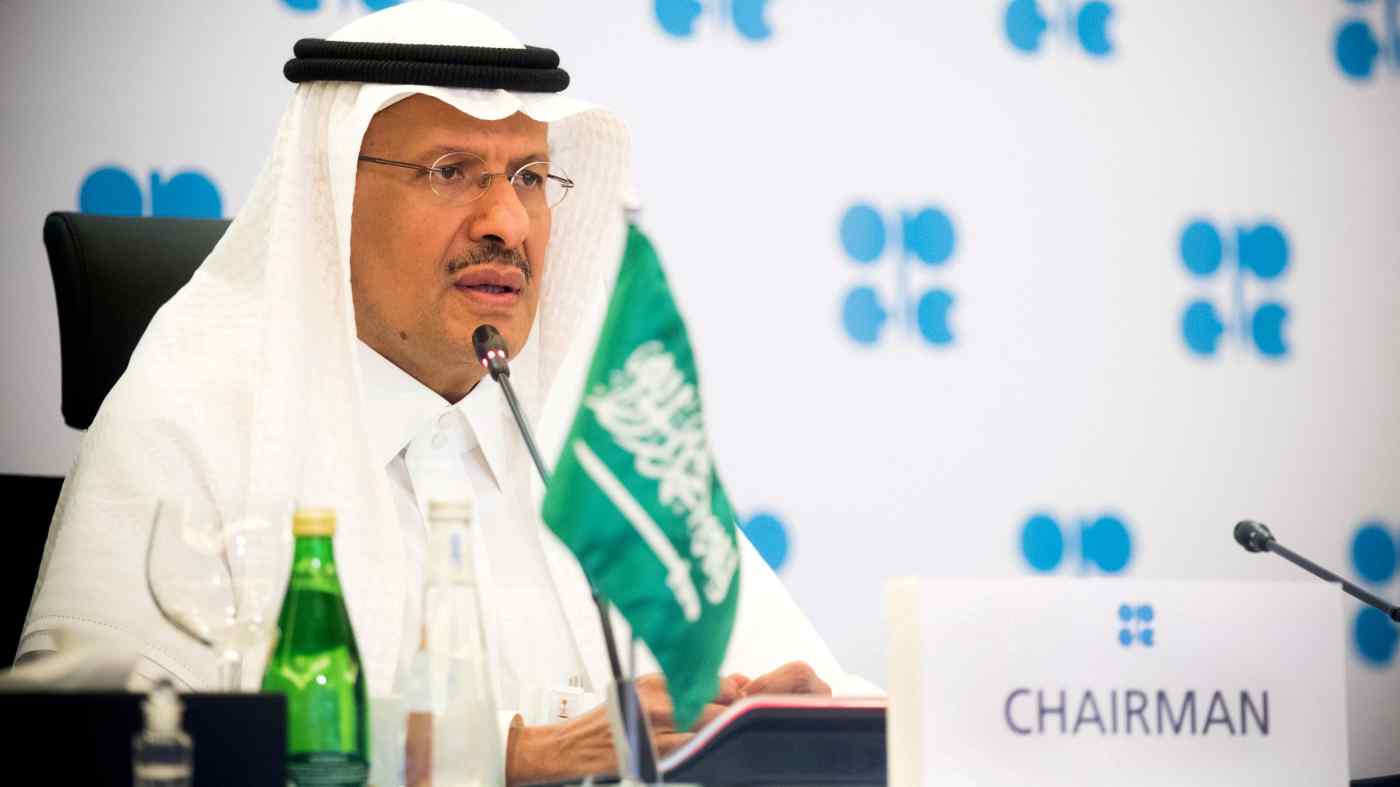 Saudi Arabian Energy Minister Prince Abdulaziz bin Salman's suggestion that India dip into its strategic oil reserves to make up for production cuts implemented by the OPEC+ group of countries was little more than a defensive ploy.   © Reuters
CopyCopied

An escalating confrontation between Saudi Arabia and India over the supply and price of crude oil on the international market has added another dimension of strife surrounding a crucial commodity already beset with geopolitical tensions.

At the heart of the dispute is the shocking decision by Saudi Arabia, the world's largest exporter of crude, to unilaterally curtail production by 1 million barrels per day through February and March, in addition to the nearly 7 million barrels of collective cuts being implemented by the Organization of the Petroleum Exporting Countries and its allies.

Saudi Arabia's move, which it attributed to the fragility of global oil demand in the wake of the economic damage wrought by COVID, sent crude prices surging beyond levels major consuming countries like India had anticipated. Benchmark Brent crude prices hit nearly $70 per barrel in early March, levels not seen since May 2019, outpacing global consumption, which has recovered to around 95% of pre-COVID levels.

Indian Oil Minister Dharmendra Pradhan repeatedly urged Saudi Arabia and the OPEC+ group of countries to start easing their cuts through January and February, arguing that high oil prices could impede the global economic recovery, and chiding the OPEC kingpin for "creating confusion" among consuming countries.

OPEC and its 10 non-OPEC collaborators had agreed in early December to consider putting up to half a million barrels per day of incremental oil into the market each month through early 2021. But in early January, Saudi Arabia not only stunned the market with its extra cut, but persuaded its peers to not increase output through the remainder of the quarter.

At an OPEC+ policy meeting on March 4, Saudi Arabia extended its additional cut to April and once again shepherded the rest of the alliance into mostly keeping a lid on production. What might have further raised New Delhi's hackles was Saudi Energy Minister Abdulaziz bin Salman's response to a question on India's pleas during a news conference after the meeting.

"With regard to India, very simple. I would ask my friend that he withdraw some of the cheap oil that they bought in April, May and June," Abdulaziz said. He was referring to the 16.7 million barrels of crude that India bought and stored in its government-owned strategic reserves through the second quarter of last year at an average price of $19 a barrel -- which Pradhan had revealed to India's parliament in September.

One could debate whether governments should hold on to their strategic oil stocks for emergency situations such as an unanticipated supply shock, or tap them to cool down domestic fuel prices as and when needed. Most countries adopt the former model.

But that aside, the 16.7 million barrels that India managed to salt away in its incipient and modest-size strategic storage would barely meet four days of national consumption -- hardly a tool to ease prices at the pump on a sustained basis. The Saudi minister was merely employing defensive rhetoric.

India has now reportedly asked state-owned refiners to diversify their crude imports and reduce their reliance on the Middle East. Always a wise strategy, diversification is nevertheless a painfully slow process. It is also limited by geographical and commercial considerations. 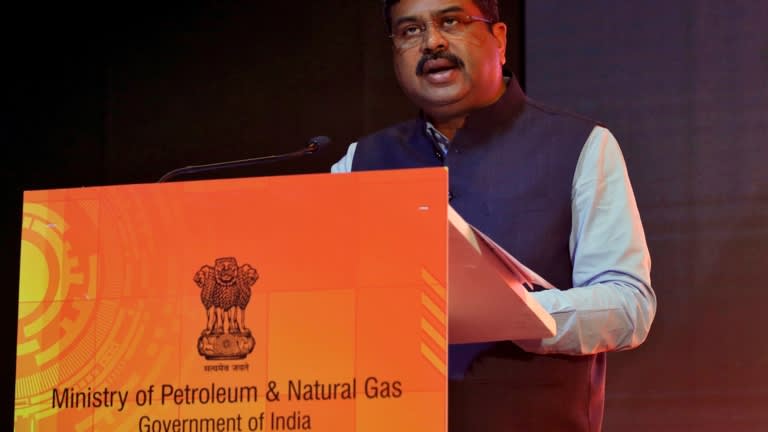 The number of oil-exporting countries is finite, and hauling crude long distances such as from the U.S. to India means higher freight costs. While India has been ratcheting up its crude purchases from the U.S. in the past few years -- helped by the latter's booming shale industry -- it would be impossible, not to mention inadvisable, for India to quickly shift bigger purchase volumes from the Middle East to the U.S.

India imports about 85% of its crude requirements, and six out of every 10 barrels come from the Middle East. Most of them are bought under long-term contracts with pre-agreed volumes, affording Indian refiners security of supply. Iraq and Saudi Arabia are typically the country's top two crude suppliers.

The tit-for-tat rhetoric went up another notch after reports that Indian refiners were planning to cut oil imports from Saudi Arabia by a quarter in May. There has been no official confirmation, but if true, the unprecedented move would signal a worrying rise in friction between the two countries.

No side stands to win in such a battle. Indian refiners would still end up paying elevated international prices for crude, whichever supplier they turn to. Saudi Arabia would lose market share in the world's third-largest market and its fastest-growing oil importer. Meanwhile, the final consumer -- the person in the street -- would continue to shoulder the burden of the direct and indirect costs of pricier fuel.

The two sides of this argument will never be able to agree on a "golden middle" price that would promote growth for everyone, especially during an economic slowdown. Desperation to overcome the economic effects of COVID may also be creating a more fractured world, with national interests trumping any inclination toward compromise and cooperation.

But the OPEC+ countries and their consumers exist in a highly interdependent ecosystem, which is not a zero-sum game, even if it appears to be in the short term. The producers' alliance would do well to keep that in view for their next policy decision on April 1.