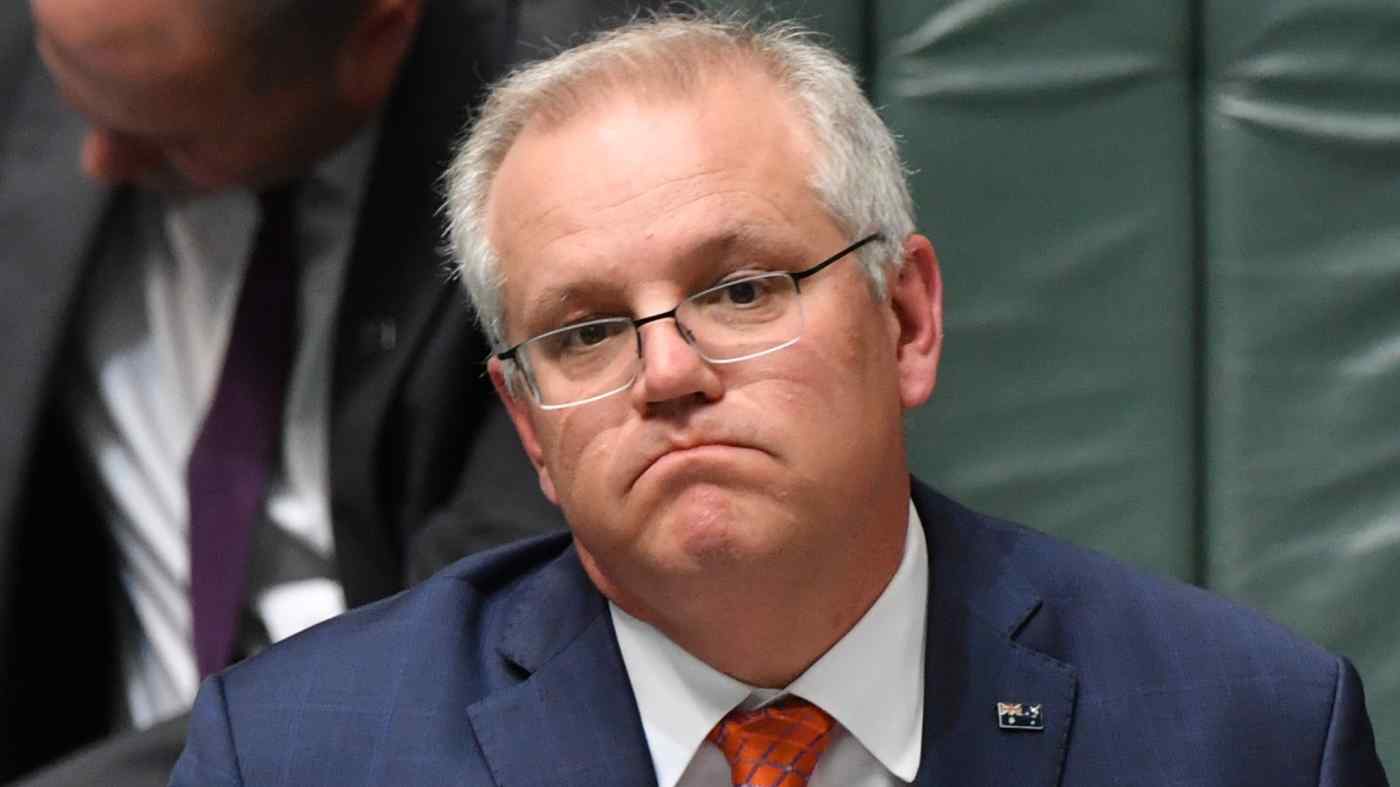 Scott Morrison during Question Time in the House of Representatives on Oct 8: his government's record has been anything but patient or consistent.   © Getty Images
CopyCopied

The so-called Morrison Doctrine purports to "manage China on Australia's terms" by promoting a nonconfrontational approach while providing clarity and consistency on what constitutes Australia's essential national interests.

A political shape-shifter always on the hunt for a cut-through line, Morrison's foreign policy line is in an attempt to quell growing concerns about an increasingly fraught relationship with China as the country enters a recession. But his government's record has been anything but patient or consistent.

Morrison claims that the trading relationship is "mutually beneficial." While China has lately become a destabilizing force in the bilateral relationship, Morrison argues that Australia's positions have not changed. That is not true.

Australia's 2020 Defence Strategic Update justified defense spending increases on the grounds of unprecedented levels of strategic uncertainty, but with extensive investments in maritime long-range missiles and offensive cyber capabilities, they are targeted at improving Australia's offensive capabilities as well. No wonder it has been described as the "most hawkish turn in Australia's defense policy" in two generations.

Morrison's criticisms of the corrosive effect of China's new national security law on Hong Kong's judicial independence, as well as other rights and freedoms, have been inconsistent. Australia has said nothing when it comes to judicial independence, rights and freedoms being systematically undermined in India, which Canberra has declared a like-minded state with shared values.

To the extent that a Morrison Doctrine exists, Australia's national interest appears to be the privileging of national sovereignty and self-reliance over multilateralism or a genuine defense of democratic values. This recalls the 2019 speech in which Morrison criticized "negative globalism that coercively seeks to impose a mandate from an often ill-defined borderless global community. And worse still, an unaccountable internationalist bureaucracy." Morrison's critique of multilateralism is consistent with his dislike of procedure, institutions, and consensus-building. He prefers just getting "on with things."

Pandering to right-wing populist factions within his government who rail against global elites, and a defense establishment that promotes an increasingly hard line on China, Morrison's position is backed by a U.S. administration that is increasingly belligerent toward both global institutions and China. The COVID-19 pandemic and the vulnerabilities it has exposed in terms of reliance on Chinese supply chains have intensified these trends.

Still, Morrison's negative globalism puts him at odds with Australia's own foreign policy establishment. In a recent speech Foreign Minister Marise Payne confirmed that a recent audit by her department "affirmed that multilateral organizations" create rules vital to "Australia's security, interests, values and prosperity." Strategic incoherence, not strategic consistency, seems to be the new hallmark of Australia's defense and foreign policy.

Morrison believes that strategic patience means Australia will not escalate trade and other disputes with China through confrontational behavior and tit-for-tat responses. Stronger alignments with "like-minded" Indo-Pacific states that see China as a threat are intended to reassure nervous economists and business leaders, as well as members of Morrison's own party, who worry about demands to decouple with China.

But Australia's recent policy initiatives have been focused on defense spending, not economic or diplomatic diversification. The Defence Strategic Update has an Indo-Pacific focus on area denial and emphasizes cooperation with key Indo-Pacific partners. This may strengthen Australia's capabilities in denying direct attack, but it does little to address the real conundrum at the heart of Australia's relations with China -- its trade dependency. Reducing trade dependency through diversification requires investment in diplomatic capacities, as well as bringing people and businesses on board.

Ongoing cuts to the Department of Foreign Affairs and Trade budget suggests that Morrison is not serious about investing in diplomatic diversification across the Indo-Pacific. There is little to show how the government intends to diversify Australia's trade profile, not only its direct trade dependence on China, but other partners like Japan and South Korea. Rising protectionism in potential export markets like India adds another layer of complexity. Joining Japan's proposed supply chain resilience initiative will depend on a level of complex interstate coordination and domestic reform. 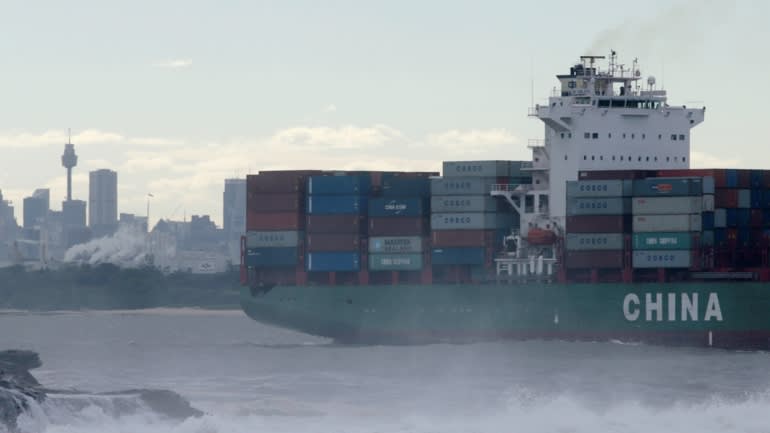 A China Shipping Line container vessel sails out from Botany Bay, pictured in June 2016: there is little to show how the government intends to diversify Australia's trade profile.   © Reuters

China's assertive and coercive behaviors are intensifying. But instead of exercising strategic patience, worrying about Beijing's foreign interference efforts have led to shortsighted policy pronouncements that have deepened domestic political divisions. This includes the proposed Foreign Relations Bill, which gives Canberra veto rights on any foreign agreements it views as not conforming to Australian foreign policy.

Sprawling powers given to the foreign minister under the legislation will inject unprecedented uncertainty into Australian foreign policymaking, with negative consequences for Australia's globally connected economy. If passed, this bill has the potential to heavily impact Australian universities, which have thousands of foreign agreements that facilitate innovation and research cooperation, and state and local governments that have cultural and trade agreements with foreign governments.

Australian foreign policy is currently shaped by contending forces -- a divided bureaucracy and party, increasing pressure from both China and the U.S., an opportunistic Prime Minister and the absence of convincing policy ideas to deal with the central challenge of trade dependence on China. As a result, the Morrison government is struggling to manage the increasingly difficult China relationship without an overarching strategy.