Scrapping Kashmir's special status is a dangerous gamble for India

The downgrade is likely to inspire violence and shift country's character

On August 6, the Indian parliament passed bills revoking article 370 of the country's constitution, which granted special status to the restive state of Jammu and Kashmir, and downgraded it into two union territories.

These moves have not only changed India's political map but have far-reaching implications for the foundational principles of the Indian state and its social and political compact with the people of Jammu and Kashmir.

This move -- touted as "integrating" the state into India more deeply -- was a long-standing commitment of the ruling Bharatiya Janata Party, whose agenda advocates Hindu nationalism, and can be traced back to the early years after India's independence in 1947. The leader of the BJP's predecessor agitated against Jammu and Kashmir being granted a special status, seeing it as an instrument of weakening India.

Notably, abrogating article 370 did not figure in past political manifestoes of the BJP-led National Democratic Alliance nor that of its alliance with the People's Democratic Party after assembly elections in Jammu and Kashmir in 2014. Barely five years later, Prime Minister Narendra Modi has radically altered the contours of the decades-old Kashmir conflict.

The special status created by article 370 has in any case long been eroded as nearly all features of the Indian constitution have been successively applied to Jammu and Kashmir.

But it nevertheless was of enormous symbolic significance for Kashmiris because it stood for the "promise" by India's first prime minister, Jawaharlal Nehru, that Jammu and Kashmir's political aspirations would be best secured in a democratic, secular and federal India rather than a theocratic Pakistan.

Over the past three decades, when Kashmiri militant groups and their political leadership, the Hurriyat Conference, pursued a secessionist agenda, mainstream political parties steadfastly maintained that the political compact with the Indian state could and had to be renegotiated through a democratic political process.

In one stroke, the BJP government's move has nullified the very idea of a process of dialogue and discredited the traditional role of politics. It will not be surprising if, in due course, this vacuum is filled by those professing the path of violence.

Central government has clearly prepared the ground well by deploying troops in the Kashmir Valley, enforcing a complete clampdown before Home Minister Amit Shah's announcements in parliament on August 5 about the government's plans.

The security apparatus in Jammu and Kashmir is also far more robust than it was in the early 1990s, when the secessionist movement first took a violent turn. According to the most conservative estimates of the Ministry of Home Affairs, nearly 14,000 civilians and more than 5,000 security forces and 25,000 militants have died in the state between 1990 and 2017. Since the number of killings has turned sharply upward in the past couple of years, the forces are likely to remain there for the long haul. But for how long?

Ironically, after the 9/11 terrorist attacks in the U.S., India had argued that terrorism cannot be eradicated by killing terrorists alone and it was important to address the underlying political factors through a democratic political process.

Experience has also taught the Indian army, which has long been embroiled in counter-insurgency warfare in Kashmir, that it can at best neutralize the militancy and stabilize the situation but needs the political process to ultimately bring peace. 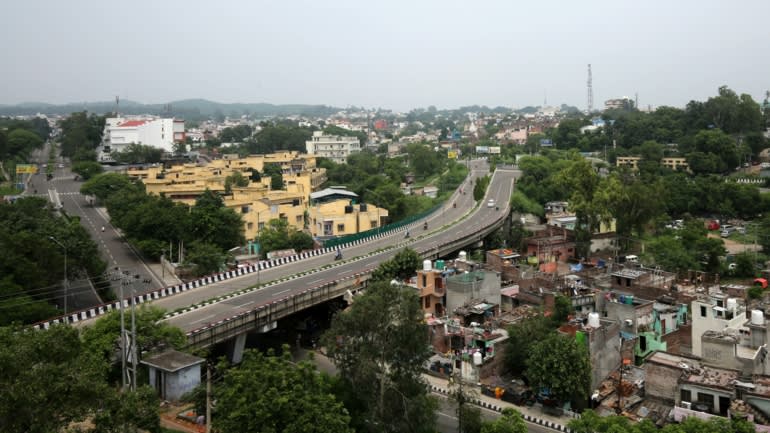 Deserted roads in Jammu on Aug. 6: New Delhi has yet to spell out its political strategy.   © Reuters

In the current scenario, however, the central government will find it very difficult to work with any credible interlocutors, especially in the Kashmir valley, because of this trust deficit. In fact, given the stealth and secrecy with which this decision has been imposed on the state after detaining the state's political leadership, New Delhi has yet to spell out its political strategy. The vexed question persists: who speaks for the people of Jammu and Kashmir?

For now, the stringent message is clear: fall in line on our terms with no room for dissent whatsoever. Unfortunately, the valley's youth in particular may well interpret it as a stark reminder of the lesson learned by their predecessors: the bullet will deliver where the ballot has failed. The specter of a new, prolonged, brutal and vicious cycle of violence cannot be ruled out.

The partition of Jammu and Kashmir, hiving off the Ladakh region, is the unkindest cut of all. Denuding the state of its historical identity and deeply plural character will drive a wedge among its different communities, cementing the regional and communal faultlines.

The immediate reaction of Ladakhi Buddhists has been celebration as their long-standing demand to become a union territory -- with closer ties to India's central government -- is fulfilled. The Shia Muslim populace in the area may, however, not support this idea.

More importantly, the method deployed by the central government to execute this plan, with tenuous legalistic interpretations and the appropriation of Jammu and Kashmir's powers, is on shaky legal grounds and flies in the face of constitutional norms and propriety.

Politically, this has far-reaching implications for the federal character of the Indian state because what has happened to Jammu and Kashmir state today can technically be done to West Bengal, Tamilnadu, Karnataka, Nagaland or any other state.

In this light, the support of various regional political parties for the government's move is puzzling.

Though the Indian state has come a long way in terms of regional political forces gaining strength, the growing power of India's nationalist leadership in the last decade and its recent actions mean we should pay more attention to what it means for India as a whole.