At next meeting with Kim, Trump must ensure nuclear deal is secured prior to any peace accord Progress on denuclearization is a prerequisite for a peace accord with Pyongyang.   © Reuters
CopyCopied

Preparations are well underway for a second summit between U.S. President Donald Trump and North Korean leader Kim Jong Un. The shift over the last several months from escalating crisis and a potentially devastating military confrontation with North Korea toward diplomacy is prima facie a good thing. As I've been warning in these pages and elsewhere, though, diplomacy itself is not a guarantee of peaceful outcomes. Not only does not all diplomacy succeed -- in fact it frequently fails -- but also not all "successful diplomacy" produces good outcomes over time.

Following Secretary of State Mike Pompeo's recent trip to Asia, there are still pathways to success. An important context is that Trump, offered, or at least appeared to open up to, a peace agreement with the North during his first summit with Kim in Singapore in June.

This has been widely criticized as putting the cart before the horse. And indeed, negotiating a peace agreement before there is major progress on denuclearization not only risks legitimating Kim without advancing the nuclear file, it's dangerous for several other reasons -- as set out by my colleague Jung Pak in her recent writings. Most important, a peace agreement that is tied only to progress on the nuclear file would leave the country with multiple other tools for attack that would still threaten the security of the peninsula.

Another line of critique of Trump's diplomacy is that the U.S. appears to be taking Kim's stated intention at face value. But Pompeo is nobody's fool, while National Security Advisor John Bolton has spent his entire career blocking or reversing international agreements that ring hollow. Chief of Staff John Kelly and Secretary of Defense James Mattis are keeping a keen eye on any moves by the president that would undermine the U.S. security posture on the peninsula, including major reductions to the troop presence in South Korea.

While the strange dynamics of contemporary American decision making constrain the diplomatic options, there are still pathways to credible success. The following elements are vital.

First, there has to be a clear understanding between Beijing and Washington, about how and when pressure will be added, or lifted, or tempered in response to actions by the North. Trump's overall China diplomacy has complicated that substantially. To many observers' surprise, the trade war did not seem to cause Beijing to stop collaborating on North Korea, but Vice President Mike Pence's recent hard-hitting speech on China does seem to have caused Beijing to reconsider.

Second, Secretary Pompeo, or perhaps an international diplomatic figure like the United Nations Secretary General acting in tight coordination with the United States, could lay out what a peace agreement between the United States and the North would look like. Portray a vision, that is, not suggest a draft or begin negotiations with the North. Among the components: sustained, verified progress on complete nuclear disarmament; serious progress on biological and chemical weapons; progress on the North/South disposition of security forces; substantial advances in peace talks between North and South; agreement on a residual U.S. security presence in the South, with continued multilateral cover.

Such a vision would be quite distinct from falling into the trap that Kim is trying to set of negotiating a peace agreement in parallel to negotiating on nuclear disarmament. These are not like things. The North does not have the right to develop nuclear weapons, and the United States should not negotiate a peace agreement without serious progress on that file.

Although this, of course, can still fall apart, and/or succeed in only symbolic ways, leaving North Korea as a de facto or even a recognized nuclear state.

That's on top of being a state that oppresses its people hugely, possesses a substantial stockpile of biological and chemical weapons material, and has resorted to cyber attacks.

In all of this, an important diplomatic reality is that Japan is getting badly left behind. Prime Minister Shinzo Abe was early in forging a successful relationship with Trump. He deserves credit for protecting the alliance from Trump's initial destructive instincts.

But Tokyo has been a secondary player in recent diplomacy, in part because it wavered from a stance of maximum pressure on Pyongyang. Despite Secretary Pompeo's diligent alliance cultivation, Japan risks being left on the sidelines, with the meager consolation of being able to say, "I told you so," if things come to the worst.

On other fronts, Japan has reason to be reassured. Despite the continuing focus on North Korea, the Trump Administration's overall posture to China has shifted to a far more combative stance.

If handled correctly, this benefits Japan. First, despite Trump's own instinctive lack of interest in aligned structures, the United States establishment has doubled down on the U.S.-Japan alliance.

Second, there's a strong anti-China turn in U.S. strategic thinking, largely as a function of President Xi Jinping's actions since taking power, especially his militarization of China's presences in the South China Sea. Although there are risks in a too strong reaction from Washington, there are greater risks to Japan if the United States were instead to be relatively nonresponsive to China's efforts to exert its power in the region.

All of this put together portends a bumpy ride for a region whose overweening preference is for stability. The East Asian peace, which has kept the region free from war for decades, and enabled extraordinary economic growth, was based on that stability. That stability was in turn premised on a shared understanding of the American security role in the region, and on the primacy of trade and economic relations. Both of those peace pillars are now in question.

U.S. policy is evolving rapidly, but not yet coherently, and not in a way so far that looks likely to forge a new form of stability in the East Asian theater. For now, the North Korea diplomacy is on a diplomatic track, and in U.S.-China relations trade is the only zone of war. But strong coordination between the U.S. and China is a sine qua non of a stable result in North Korea. The wider regional deterioration could threaten the pathway to peace on the Peninsula, and a turn back toward military dynamics could amplify the growing tensions in the region. 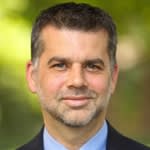