Last week, a dramatic family feud over a business in Korea came to a climax -- only this was no ordinary family nor it was any ordinary business.

Cho Hyun-ah failed to oust her brother, Cho Won-tae, from the chairmanship of Korean Air, part of their family's Hanjin-KAL chaebol, or conglomerate.

Cho Hyun-ah was previously best known for losing her temper over a serving of macadamia nuts on a Korean Air flight about to depart New York. She ordered the plane back to the terminal and was later charged with interrupting business and jailed for four months.

But since then she has partnered with local activist fund Korea Corporate Governance Improvement, run by Kang Sung-boo, to take control of Korean Air, or KAL, from her brother. On Friday, her wish was dashed -- for now, at least.

This squabble is of much greater significance for South Korea. Since 2017, President Moon Jae-in has struggled to wrest power from the family-owned chaebol dominating his economy. Now the president's reform push has gained renewed impetus from an unlikely source -- despite Cho Hyun-ah's failure.

The family feud is not Korean Air's greatest problem at the moment. Normally its executives focus on keeping their fleet aloft and jammed with passengers; the challenge these days is finding enough parking spaces for the roughly 80% of planes grounded thanks to travel restrictions and a collapse in demand stemming from the coronavirus.

But Cho Hyun-ah pointed to KAL's dismal performance well before the coronavirus outbreak. Perhaps the most damning metric: a debt load worth 862% of equity. This year alone, KAL faces an estimated $4.3 billion of debt coming due, and losses in the six years to 2019 amount to roughly $1.4 billion.

The pandemic greatly complicates KAL's trajectory and, argued Cho Hyun-ah and Kang Sung-boo, made corporate reform vital. Hence their demand for Cho's brother to step down.

This standoff would be no surprise to their father, Cho Yang-ho, who died in April 2019; two decades earlier, he brawled with his own brothers. In his final days, he urged his kids to cooperate to shore up a conglomerate his father founded in 1945. In recent years, the group sustained heavy losses as Hanjin Shipping went bankrupt and Hanjin Heavy Industries stumbled too.

Could activist Kang have helped turn things around? Moon's team could be excused for hoping he can over time. In the last three years, Moon has made scant progress curbing the monopolies that suffocate smaller businesses and stymie innovation. Creating space for startups to thrive is vital to increasing wages and competitiveness.

A win for Kang's $380 million fund would have been a watershed moment for corporate reform in an economy that needs serious disruption. KAL would have been the largest chaebol ever yanked away from its founding family. And even the very fact of the gamble might encourage more challenges to conglomerates, accelerating structural change.

Cho Hyun-ah claimed she wanted no role in managing the company, just better returns. What made Kang's role here different is that he is local. The battles of the past were initiated by foreign activists like Paul Singer's Elliott Management. 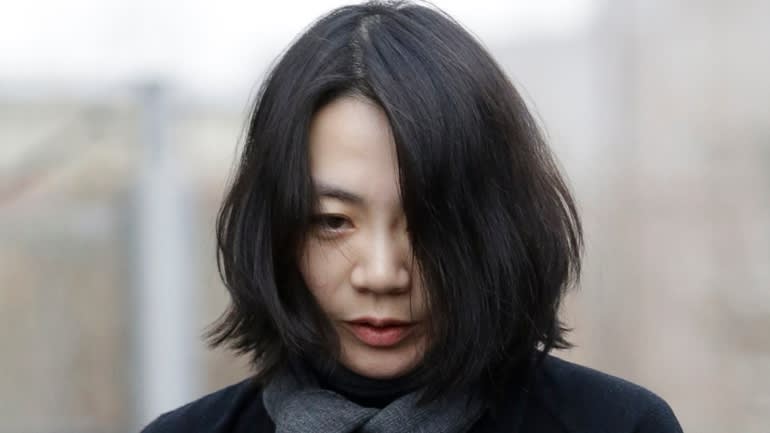 Elliott's effort to alter family dynamics at Samsung group five years ago amounted to little. Shenanigans surrounding an internal merger of two Samsung entities led to the impeachment of Moon's predecessor Park Geun-hye and put de facto Samsung chief Lee Jae-yong in jail for a period. Yet Lee is still today at the helm of Korea's biggest chaebol.

Kang's outfit cannot be dismissed as a foreign vulture fund seeking to exploit Korean wealth. The problem that Kang is highlighting is emblematic of why the corporate giants that lord over Asia's fourth-biggest economy do not change: family control removes the checks and balances that outside directors impose.

In Korea's case, this is done through a labyrinth of cross-shareholdings that maintain family control even if stakes decline in absolute terms. These links, coupled with close government ties, enable Korea Inc. to repel foreign takeover bids and occasional interference from overseas investors.

That is, until a domestic activist teams up with a key family member, as Kang did with Cho Hyun-ah. What makes this gambit so impactful, potentially, is that it upsets the natural corporate order that Korea Inc. takes for granted. Just like Samsung's Lee, Cho Hyun-ah and her brother are part of the third generation of founding chaebol families. This succession practice can be a recipe for mediocrity as much as corruption.

The battle Kang and Cho Hyun-ah fought was an uphill one, which makes its defeat less surprising. Even so, it may inspire copycats and, in turn, Moon to relocate his reformist mojo.