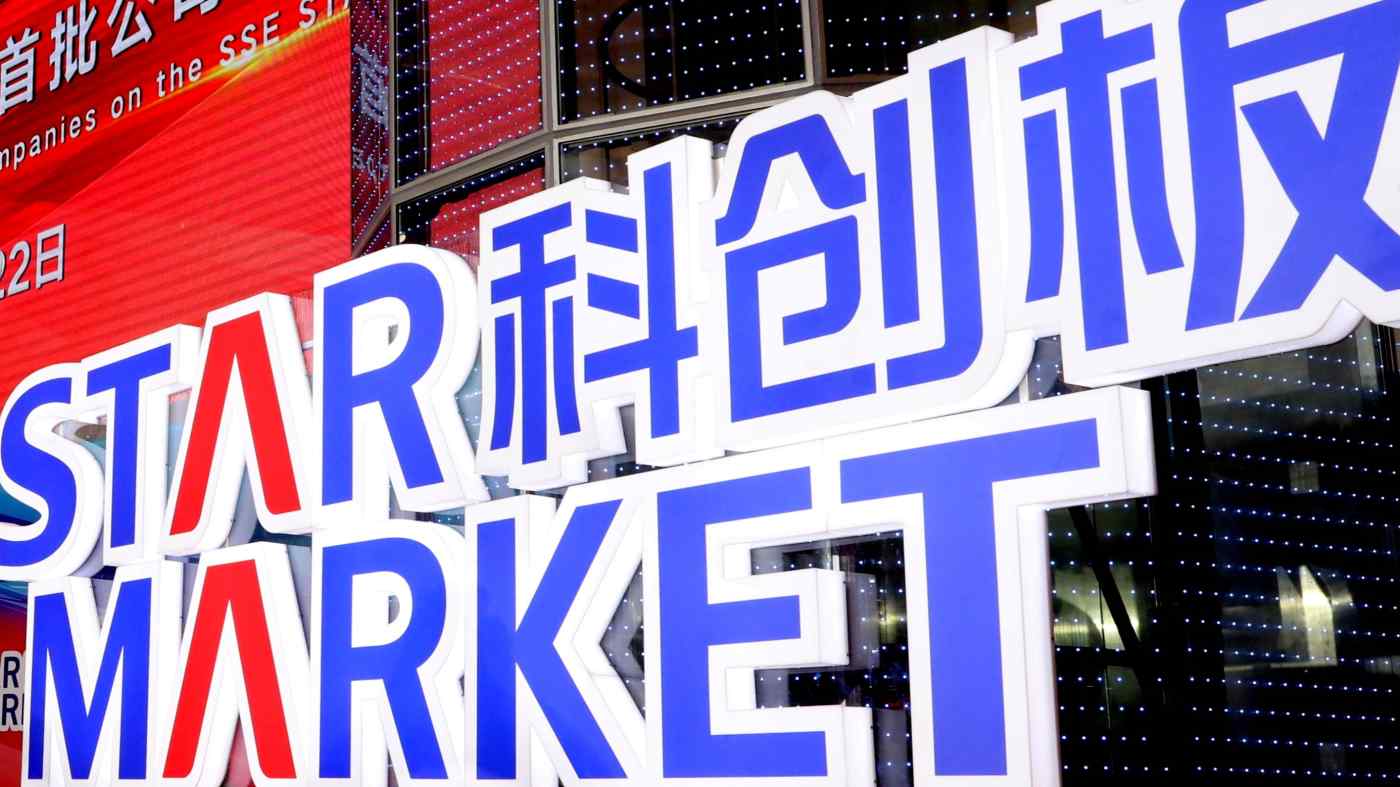 The STAR Market is supposed to represent a new model for domestic exchanges.   © Reuters
CopyCopied

Shanghai's STAR Market is not shining as brightly as it once did.

Earlier this month, the China Securities Regulatory Commission fined leading brokerages including CICC, Citic Securities and Haitong Securities for poor work involving initial public offerings on the technology-focused board. The STAR website, meanwhile, shows that more than 100 planned IPOs have been suspended or terminated so far this year.

While China's IPO flow has turned intermittent before amid concerns about drawing investor funds away from existing share positions, the STAR Market was supposed to represent a new model for domestic exchanges.

The board launched in 2019 with 25 listings barely nine months after President Xi Jinping announced its creation to showcase Beijing's support for financial reform.

The notion was to introduce a faster, more flexible listing regime where IPO candidates need merely register rather than join a long waiting list for CSRC approval.

Investors were to shoulder IPO risk rather than rely on an official seal of approval. Loosened requirements on profitability and pricing would offer the best and brightest of China's new boom economy a suitable domestic alternative to New York or Hong Kong.

Not just that, but STAR was also intended to offer a venue for Chinese tech companies like Alibaba Group Holding which were already listed overseas to return home. To date, however, just one small company has taken advantage of the new Chinese depository receipt mechanism though the board of Lenovo this year approved a plan to issue CDRs.

The crown jewel of the STAR Market was to be the listing of Jack Ma's Ant Group, a mammoth $34.5 billion offering that was to be split with Hong Kong.

Instead, the authorities' last-minute block on the IPO in November 2020 continues to ripple across the financial technology sector. JD.com, Alibaba's biggest e-commerce rival, this month canceled the planned IPO of fintech unit JD Technology.

Greater regulatory scrutiny of STAR listing candidates can be traced in part to the official goal of listing genuinely cutting-edge companies and technologies. The picking of winners thus has remained core to the authorities' aims even with STAR but whether this approach can nurture the best is far from certain.

Meanwhile, bankers in China complain about endless lists of questions from the regulators about listing candidates, not only their corporate details but also their executives' personal financial information.

It all seems a far cry from the proposed hands-off registration approach previously promised.

As deals takes longer to complete and the back-and-forth between company, banker, exchange and regulator runs on month after month, then it makes sense that many candidates are cutting their losses, giving up on listing on STAR in favor of Hong Kong or New York, the usual standbys. Listing processes in both places are clearer and faster, and for companies in need to cash in these difficult times, those are primary considerations.

The CSRC always states investor protection and raising the quality of listings are top goals. These laudable and important aims, but the agency's hidebound approach led to where we are now.

But despite the huge increase in stalled deals this year, it should not be forgotten that STAR has been the leading domestic board for IPOs so far in 2021. STAR has attracted around 36% of domestic listings this year and accounted for 43% of the funds raised, with Shenzhen's ChiNext board second with 32% of listings after it adopted a listing regimen modeled on STAR's last year.

The CSRC, however, simply cannot dictate all outcomes, though it should certainly be active in punishing fraud and poor disclosure. While protecting the small investor is a perennial official priority for the regulator, the reality is that the vast majority of stock investment accounts active in China are not allowed to trade STAR-listed names. China may boast nearly 200 million open trading accounts but as of mid-2020, less than 6 million met the minimum net asset and risk disclosure requirements for STAR access. The board is not a market for the masses.

Over the past year, China has made significant moves to resolve issues with foreign access to its domestic stock and bond markets. They are now basically open to all foreign institutional investors, with effectively the same access as local investors to all financial products.

What remains unfinished is work on making the market, not the state, the decisive factor on domestic markets. That was where the STAR board promised so much, especially with its promise of making investors bear the real risk of avoiding unsound companies.

Despite listing more than 4,000 companies on the exchanges of Shanghai and Shenzhen over the past three decades, China is still struggling to make these markets venues of choice for listing the country's most dynamic companies. STAR set a new direction for IPOs but a crucial element of the reforms has gone missing with the informal return of a quasi-approval process.