Dr. Lauren A. Johnston is visiting senior lecturer at the University of Adelaide. She is founder and managing director of New South Economics.

The Africa Singapore Business Forum being hosted by Singapore this week has gathered more than 2,000 business and government leaders from 30 countries in Asia and Africa to explore partnerships between the two regions.

Organized by Enterprise Singapore, the city-state's national champion for enterprise development in capabilities, innovation and internationalization, ASBF 2021 will serve as a virtual meeting point for the more than 100 Singaporean companies currently operating across 50 countries in Africa, and for business and government leaders across both regions.

With ASBF 2021 tagged "Leapfrogging the World: Innovation and Sustainability in Africa," and given that China's role in Africa tends to grab the headlines, now may be the time for investors to pay more attention to Singapore's increasingly active role there, especially the high quality and sectoral targeting of its business relationships in Africa.

In the same direction, Kenyan fintech startup WapiPay, headquartered in Kenya but with a base in Singapore, recently announced that it had raised $2.2 million in pre-seed funding "to scale up global payments and remittances between Africa and Asia."

WapiPay plans to become an Africa-wide payment and transfer service, and the new funding will go toward engagement with regulators for licensing across the continent. Founded in 2019, WapiPay offers digital financial products and services that enable convenient global payments, and has offices in Nairobi, Singapore and Tianjin.

To the south, Singaporean investors have recently partnered in a frontier South African fintech startup, Troygold. The company offers a platform enabling gold owners to digitize physical gold to use their holdings for day-to-day transactions via a mobile app and a gold-backed debit card. Troygold already has more than 5,000 users. A recent bilateral economic cooperation agreement between Singapore and gold-rich Zimbabwe may see its gold investors enter the same kind of digitization opportunities.

This week's ASBF 2021 also builds on another initiative, the Africa-Asia Fintech Festival, which was first hosted by Kenya in 2019 and then Singapore in 2020, bringing together fintech entrepreneurs and industry leaders, telecommunications leaders, tech investors, government and central bank representatives, and development professionals.

Addressing a small-to-medium-size enterprise finance forum held alongside last year's Africa-Asia Fintech Festival, Central Bank of Kenya Gov. Patrick Njoroge noted that as countries looked to recover from the pandemic, "more encouraging as we build back better were cases where banks and other entities worked with manufacturers and SMEs to pivot their operations to the new normal." 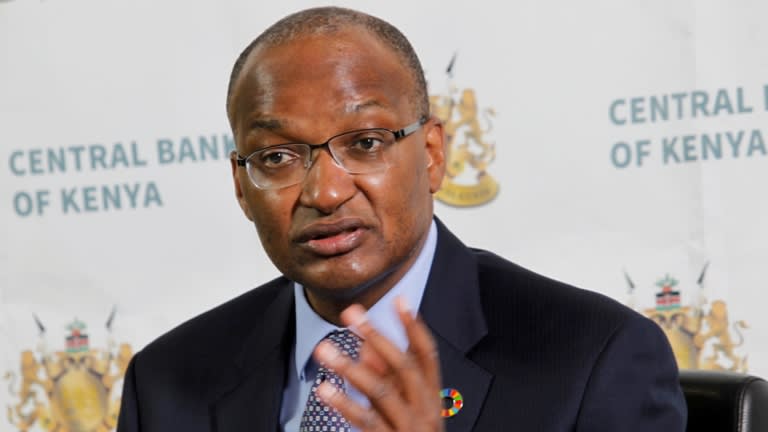 Indeed, in China's footsteps, Singapore appears to be effectively tapping into the fact that East Africa is increasingly at the frontier of a new SME-led trade and development push.

Earlier this month, the African Union announced a new continentwide SME-trade-oriented e-commerce platform, Sokokuu, to be launched from a base in Rwanda. Rwanda is also where Jack Ma's Electronic World Trade Platform has a hub working toward the same goal, with Ethiopia becoming the second to join in Africa.

With normal trade stalled by the pandemic, Ma's eWTP digital platforms and logistics connections were able to facilitate the export of coffee from smaller Rwandan coffee exporters to China, with hopes of extending the model. Equally, China's flagship Belt and Road Initiative seeks to promote the benefits of "unimpeded trade," alongside "greater monetary circulation" and infrastructure connectivity.

Where many high-income country investors appear to still be working on their strategic response to market opportunities in Africa in general -- and the true extent of China's interest in Africa especially -- cashed-up and high-tech Singapore appears to have found a way to take advantage of its strengths and use them to its advantage.

Singapore's absolute role in Africa remains tiny in comparison to those of Western and Chinese interests, yet its impact on fostering African growth may well end up "leapfrogging the world," thanks to the island nation's understanding of niche frontiers and of how comparative advantage impacts facilitation. Other high-income country investors might seek to forge a similarly tailored and strategic path.

To that end, Singapore's investment in Africa may ultimately be even more important than the ostensibly bigger story of China in Africa.