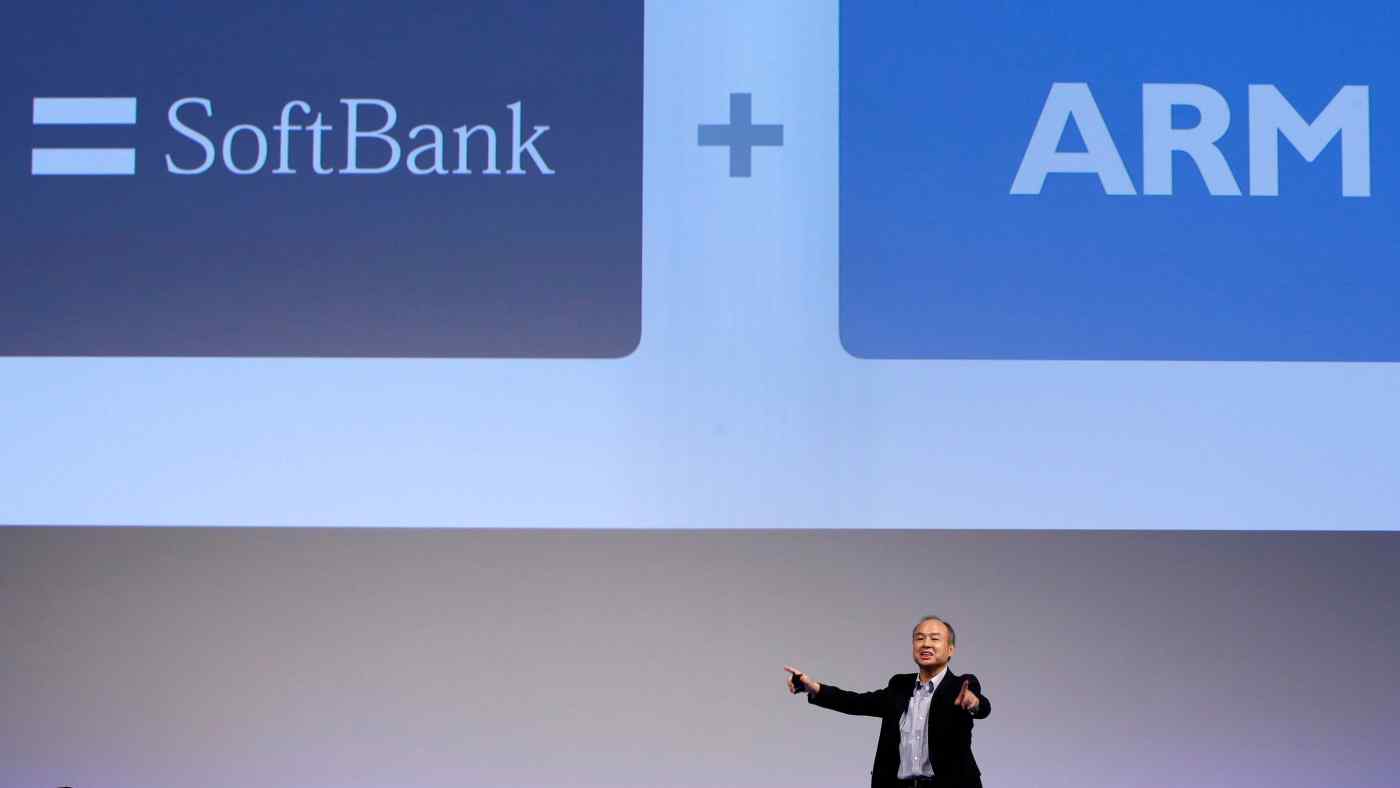 The sale of Arm underlines Son's failure to create true value at the company.   © Reuters
CopyCopied

When SoftBank's founder Masayoshi Son snapped up semiconductor manufacturer Arm Holdings for $32 billion in July 2016, the reaction in Britain was at best lukewarm.

The government claimed the Japanese investment was a sign of confidence in the U.K. after its shock referendum decision to leave the EU. Others, however, fretted that Arm was a highly-prized asset whose value risked being undermined by an uncaring foreign owner.

Four years on, heavily-indebted SoftBank has agreed to sell Arm -- one of Britain's few remaining world-class technology companies -- to Nvidia, the U.S. semiconductor giant, for $40 billion. Far from being engaged in a steady long-term relationship, SoftBank's treatment of Cambridge-based Arm looks more like a whirlwind romance, with Son cast as the unreliable boyfriend.

The SoftBank-Arm saga raises many questions about Son's strategy and the evolution of SoftBank, now looking more like a hedge fund rather than a pure technology company. But the purchase and rapid sale -- some might call it a "flip" -- of Arm also casts doubt on the U.K.'s ability to nurture and safeguard national champions, a challenge for the economy as it adjusts to life outside the EU where U.K.-based companies, foreign and indigenous, have enjoyed privileged access.

The context of the sale is important. In late June 2016, the U.K. was convulsed by the Brexit referendum decision. The pound dropped by 20% against the dollar, and the Bank of England was forced to cut interest rates and make tens of billions of liquidity available to calm financial markets. Soon afterward, SoftBank tabled its $32 billion cash bid for Arm Holdings, based in the university town of Cambridge in the high-tech region of England known as Silicon Fen.

Son paid a visit to the Financial Times on Friday, July 22, declaring that Arm Holdings would play a central role in the next wave of technological change, the so-called Internet of Things. Although the conversation was vague, the ever-enthusiastic Son, with his vastly valuable stake in Alibaba, the Chinese internet giant, looked like a winner. The newly-installed government of Theresa May thought so too. Ministers agreed to fast-track the sale of Arm in return for SoftBank pledges to keep Arm's headquarters in Cambridge and double its workforce over five years.

One man was not impressed: James Anderson, the evangelical tech investor at Scottish Mortgage Trust, the flagship of the Edinburgh-based Baillie Gifford fund management group. Anderson, who has made highly successful long-term bets on companies such as Amazon, Facebook, Netflix and Tesla, was strongly opposed to the SoftBank bid and wanted Arm to remain independent. He accused the Arm board of "short-termism" and said they should have stuck with a proven winner.

Once the Arm sale was completed, there were plenty of questions about how effectively SoftBank's binding commitments to the U.K. government were policed. SoftBank's ownership of Arm was further weakened when it hived off the company into its newly-established $100 billion Vision Fund and then transferred 25% to Saudi Arabia and other outside investors.

Doubts grew after yet another SoftBank financial transaction in 2018, this time the sale of a 51% stake in Arm's Chinese subsidiary -- which was responsible for around 20% of the group's profits -- to a consortium of Chinese investors. While the Chinese business was expected to deliver fast growth, U.S. regulators warned about the potential technology transfer to China. Separately, a boardroom battle erupted over the future of its chief executive and Beijing-led efforts to install friendly directors.

The sale of Arm to Nvidia is testimony to SoftBank's need to reduce debt, but it also underlines Son's failure to create true value at Arm. In 2016, when SoftBank paid $32 billion in cash for Arm, Nvidia itself was worth $30 billion. Today, the California-based tech giant is worth $300 billion, and Nvidia shares rather than cash account for two-thirds of the price which Son has accepted.

Meanwhile, the British chipmaker looks vulnerable in a world polarized between the U.S. and China, where both economic superpowers are pressing for countries to choose sides. This has led to calls in the U.K. for the Nvidia bid to be scrutinized by competition authorities, with any pledges about employment and office headquarters being made legally enforceable.

Boris Johnson's government has talked a good game about the U.K. economy, post-Brexit. His close adviser Dominic Cummings has invoked "technological sovereignty," where global influence can be measured in terms of computing power as much as aircraft carriers.

But the fate of Arm Holdings offers a cautionary tale. When the chips were literally down, Britain's high-tech champion was bought and sold like any other asset. Long-term thinking and patient capital, two commodities in short supply, once again proved elusive in the U.K. And Son turned out to be less a savior, more of a financial engineer.