India and Pakistan's poor disease management will cost them dearly 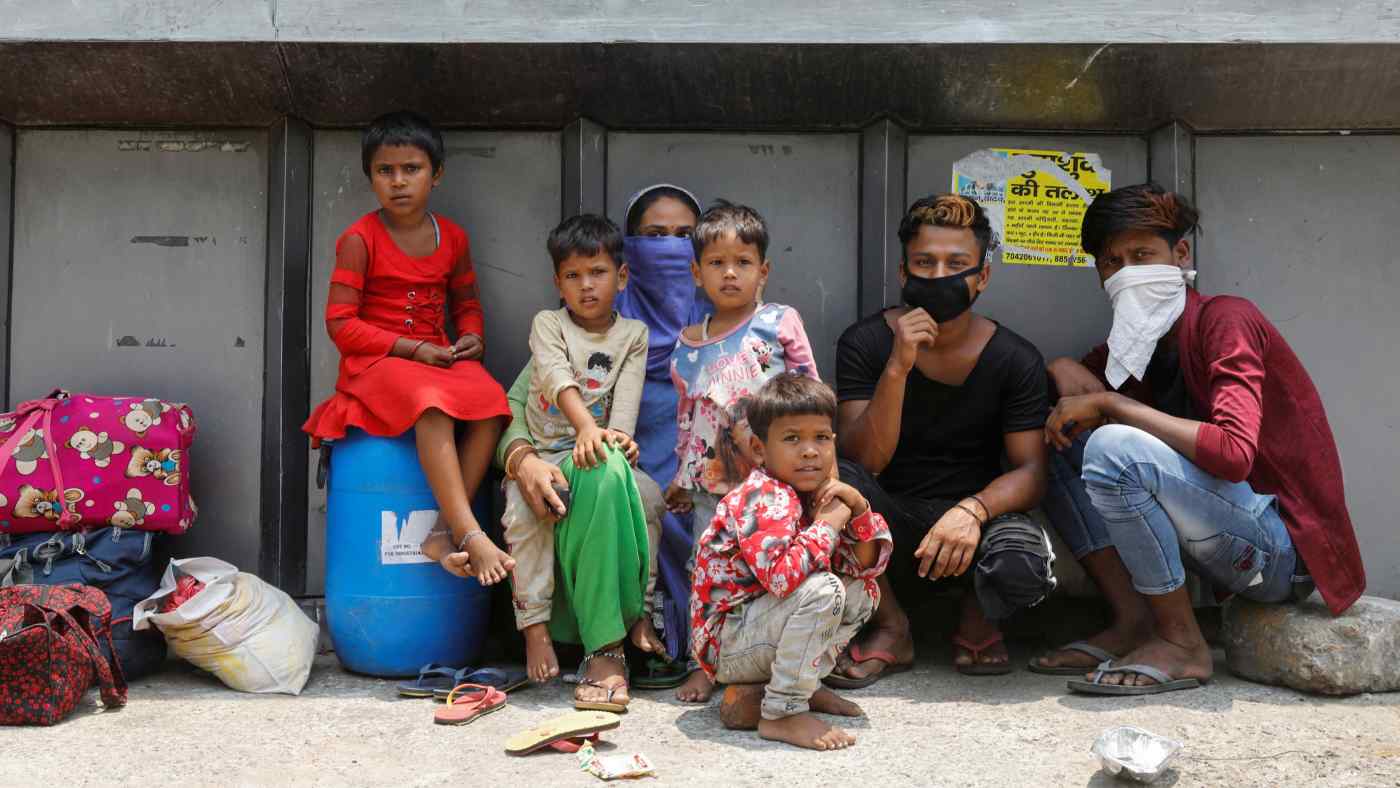 A family wait outside a railway station in New Delhi on June 1: COVID-19 has laid bare the weakness of South Asia's economies.   © Reuters
CopyCopied

There can be no real winners from the coronavirus pandemic, but even in a weakened world South Asia will be among the most significant losers. As disease figures worsen in India and Pakistan in particular, the pandemic looks set to deny the region a chance to turn itself into a new engine for global economic growth, as East Asia had done before it.

India is the biggest concern. On June 14 it suffered its largest one-day jump in COVID-19 cases, almost 12,000, taking its tally to more than 320,000 and confirming its place as the world's fourth worst-affected nation. Images of overwhelmed hospitals in cities like Mumbai and New Delhi suggest Prime Minister Narendra Modi's lockdown failed in its basic objective of boosting capacity in an overstretched health system.

Dire economic news is now sure to follow. Indian ratings agency Crisil says India will suffer its worst-ever recession, with gross domestic product falling by 5% during this fiscal year.

Pakistan's position is if anything worse, hampered by erratic leadership from Prime Minister Imran Khan. In early May, Khan announced the gradual lifting of his own lockdown; cases started to surge two weeks later. Hoping to prevent a further catastrophic jump, the World Health Organization recently urged the introduction of intermittent two-week lockdowns, advice that Khan has so far ignored.

Sri Lanka's outlook is hardly rosy either, with credit group S&P forecasting a recession when it downgraded the country's debt in May. And while Bangladesh might still manage to grow by about 1.6% this year, according to recent World Bank estimates, it too is suffering, not least given the near-collapse of the crucial garment-exporting sector.

Not everything is bad. The examples of Sri Lanka and the southern Indian state of Kerala show that effective policies can help to keep the coronavirus at bay. South Asia's disease mortality rate is so far lower than in countries like the U.S. or Italy too, aided by its youthful population, although even this is growing.

The broader picture remains alarming. For starters, the pandemic is not close to peaking, even judged by government figures that are certain to be underestimates. Pakistan recently said its cases could top 1 million by the end of July, up from around 140,000 now. India's top medical advisory body thinks it is unlikely to reach a peak before November.

Indeed, large parts of Pakistan and India have not yet had much in the way of outbreaks, raising bleak questions about what might happen if the disease spreads to their poorer rural hinterlands, where medical services are often close to nonexistent. As the rest of the world worries about a second wave, South Asia faces the tragedy of a long, destructive first wave. Women queue to get some food rations at Boral rural area in the outskirts of Kolkata on May 5: questions are raised about what might happen if the disease spreads to poorer rural hinterlands.   © LightRocket/Getty Images

Yet even beyond this human cost, there is a cause for deeper economic disappointment. Before the pandemic, economists like Ricardo Hausmann at Harvard University suggested that South Asia could soon transform into a center for global economic growth during the next decade, taking advantage of favorable demographics and plenty of space for "catch-up" growth, meaning the periods of faster expansion emerging nations often enjoy in their early periods of development.

Countries like India and Bangladesh also held out hopes they could diversify into more productive industries, becoming global manufacturing hubs as labor costs rose in East Asia. After decades in which China powered Asia's advance, it was at least possible to imagine a future in which the world's most dynamic economies would be clustered around the Indian Ocean, rather than the Pacific Rim.

All this now looks fanciful -- South Asia risks a lost decade. COVID-19 has laid bare the underlying weakness of its economies, from poor public finances and patchy state infrastructure to reliance on migrant labor and remittances.

There will be no rapid return to sustained fast growth, and far fewer resources to manage the pressing challenges the region must soon navigate, from agricultural reform and urbanization to the climate crisis.

There are further risks too, not least a further rise in populism. Sri Lanka is one immediate danger area, given recent moves by its hard-line nationalist President Gotabaya Rajapaksa to dissolve parliament and rule with scant democratic oversight in the run-up to elections in August. A pronounced regional economic inward turn is also possible, led by Modi's India, with its worrying talk of self-reliance.

During the high period of globalization it was conceivable that countries like India would gradually integrate their economies into a zone of prosperity with more prosperous nations to their east. Now it seems more likely that East and Southeast Asia will recover relatively quickly from the pandemic while South Asia struggles. Among the coronavirus's longest lasting effects may be the introduction of a deeper divide within Asia itself.