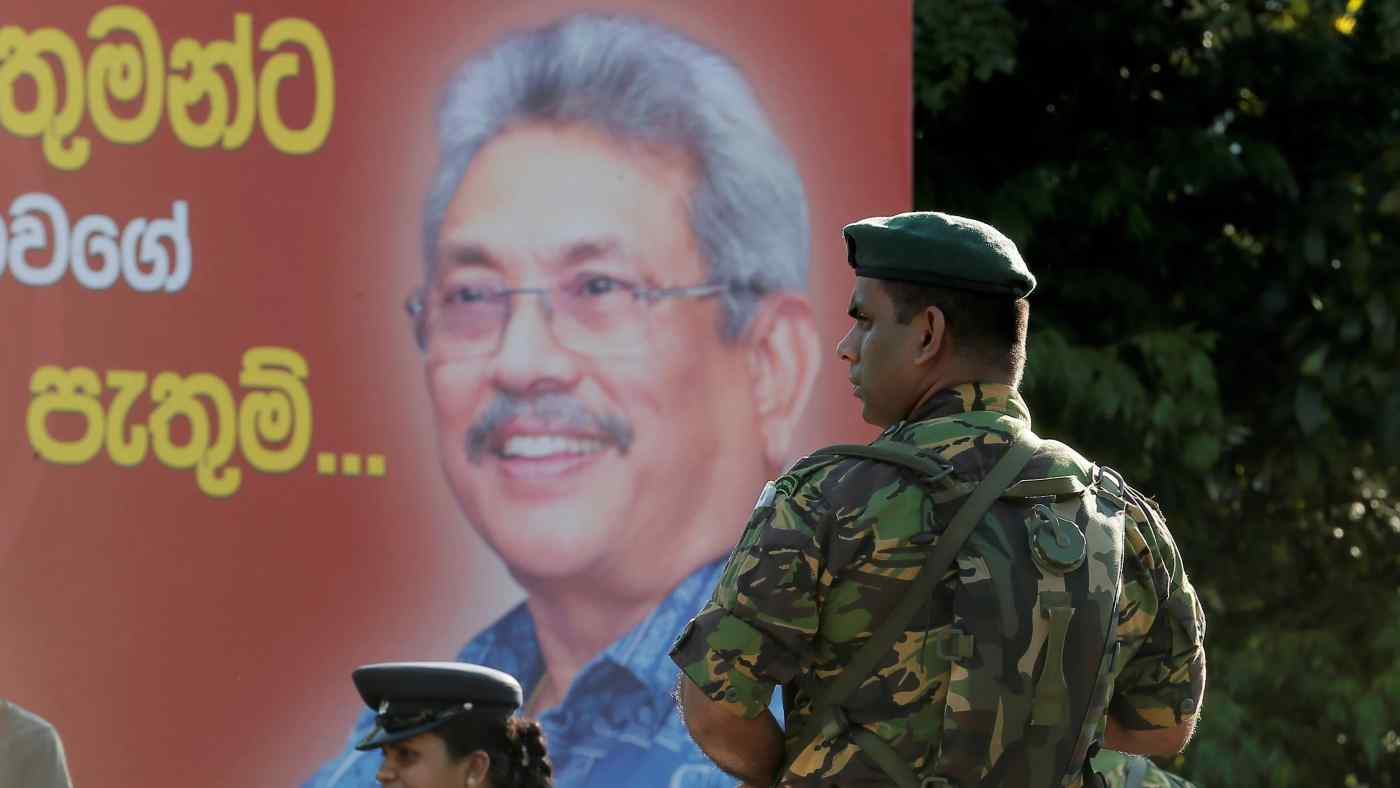 The return of the Rajapaksa brothers to power in Sri Lanka drew delighted cheers from their Buddhist nationalist supporters this weekend. But it should bring a shudder of alarm from those concerned for the island's future.

Gotabaya Rajapaksa, the nation's wartime defense chief, emerged as a comfortable winner on Sunday after a presidential poll on Saturday marked by deep ethnic divisions -- signaling a likely return to the autocratic style favored by his brother Mahinda Rajapaksa, who served as president from 2005 to 2015.