South Korea's 'Moonwalker' has run out of step 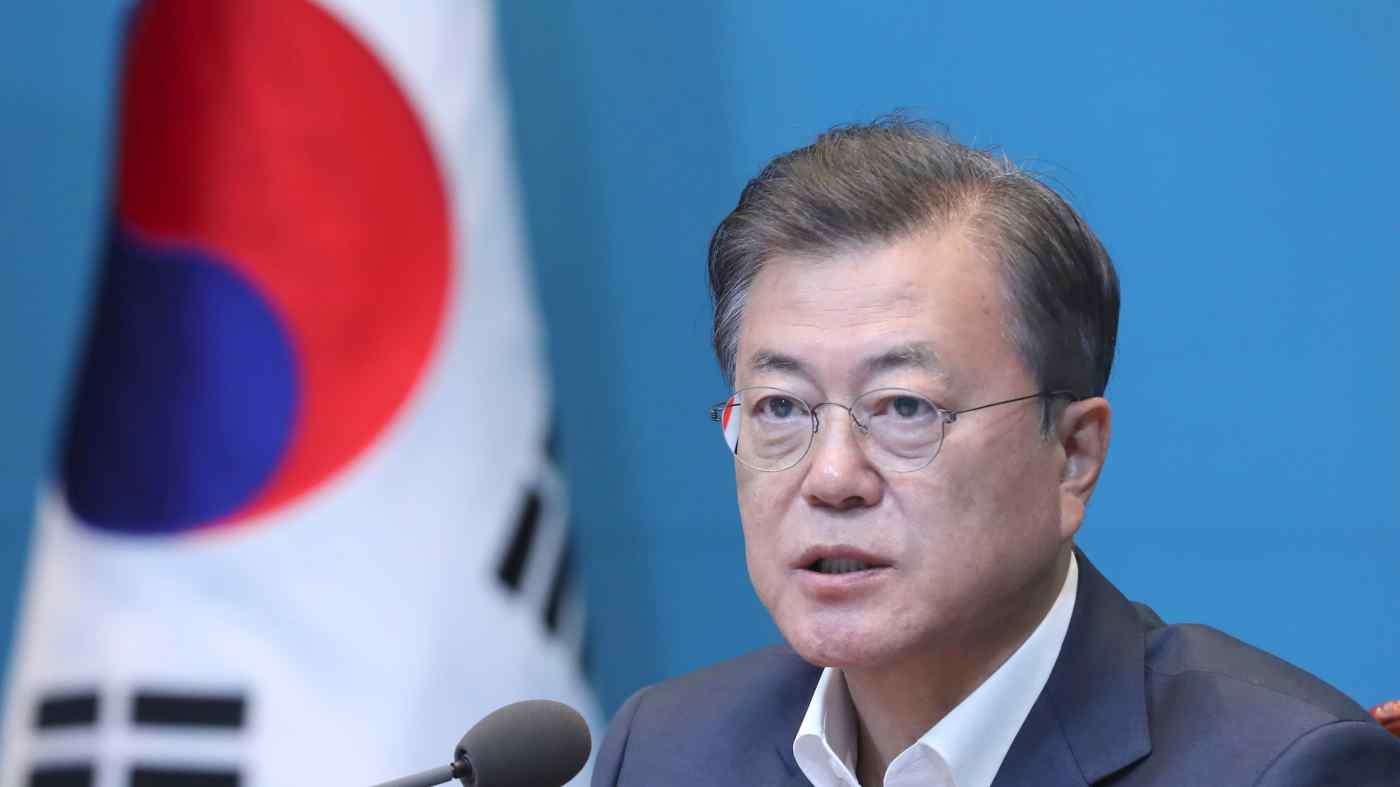 The real sense of whiplash is being felt by President Moon Jae-in's team.   © Yonhap/AP
CopyCopied

Of all the things South Koreans expected of 2020, a sudden return to the 1990s most certainly was not among them.

No one thought 2019's 2% growth was fast enough for Asia's fourth-biggest economy. But 2% growth is beginning to feel like boom times, with the pandemic upending Seoul's best-laid plans and putting South Korea on course for its worst downturn in 20 years.

Among those plans: the Bank of Korea believing it could avoid cutting interest rates to zero, and beyond. It cannot, even if BOK Governor Lee Ju-yeol drags his feet. Lee's team held its fire last month, leaving the benchmark rate at 0.5%, but Lee's warning that uncertainty is "very high" leaves no doubt the BOK will soon go the quantitative-easing route.

The real sense of whiplash is being felt by President Moon Jae-in's team. Moon's arrival in the presidential Blue House in May 2017 was plenty abrupt. The impeachment and imprisonment of predecessor Park Geun-hye ended her term a year early. Enter Moon, a leader pledging to reshape South Korea's top-down, conglomerate-heavy economy system.

Park had pledged to do the same in 2013, talking a great game of leveling the playing field for scrappy startups to thrive and disrupt Korea Inc. from the ground up. Instead, she got leveled by a bribery scandal involving the biggest of all the family-owned giants dominating the economy. Samsung Group's heir apparent, Lee Jae-yong, also went to jail for a year.

Moon promised to hit the ground running to implement his "trickle-up growth" strategy. It was more of a leisurely walk. After initial moves to raise the minimum wage and increase government jobs, Moon seemed to lose his reformist mojo. There were, admittedly, geopolitical distractions that got in the way, many involving U.S. President Donald Trump. First, Trump forced Seoul to renegotiate a bilateral trade deal in effect since 2011. Then came Trump's weird "love" summits with North Korean tyrant Kim Jong Un.

Yet the glacial pace of structural reforms -- dubbed "Moonwalking" by local media -- is now boomeranging on South Korea's fast-slowing economy. As recently as July, Moon was telegraphing an ambitious $133 billion "New Deal" strategy. Events since then -- including a second wave of infections -- have Moon's team returning to the drawing board.

The July plan aims to "fundamentally change" the economic incentives. The emphasis: building a more carbon-neutral future, raising South Korea's digital game to compete globally and creating 1.9 million new jobs by 2025. Yet the events of 2020 are already crying out for a new New Deal that first addresses South Korea's worst recession since the late 1990s. Since then, Koreans reveled in their economy's impressive rebound from the 1997-1998 Asian crisis. They relished confounding the naysayers predicting South Korea would crash like Iceland in 2008. The same with talk that it might get dragged into the 2013 "taper tantrum" that slammed emerging markets.

South Korea's luck, it seems, has run out. No, the place is not about to crash. Far from it. But keep in mind the BOK's new projection that gross domestic product will shrink 1.3% this year, because that's as optimistic as it will get.

Which brings us back to the family-owned conglomerates, or chaebol, towering over Seoul politics. These giants fell like a house of cards in the 1990s as financial contagion exposed debt-driven excesses. Today, the contagion is a pandemic highlighting a different debt problem: overextended households. South Korea is home to one of the biggest household debt bubbles anywhere, one growing bigger amid the coronavirus fallout. In a recent Institute of International Finance review, South Korea had the biggest imbalance among 39 major economies -- 97.9% of GDP versus 84.4% in Britain, 82.5% in Hong Kong and 75.6% in the U.S. 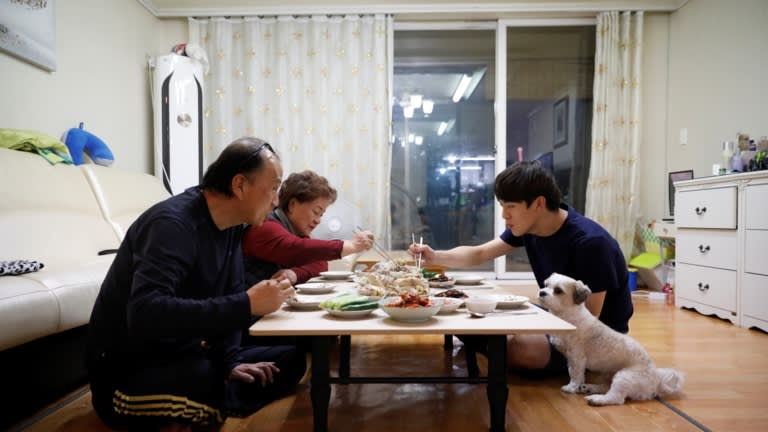 South Korea is home to one of the biggest household debt bubbles anywhere.   © Reuters

This presents a kind of double whammy for the chaebol. As export markets essentially go on hiatus, consumer balance sheets at home are in no position to pick up the slack. Any move to shed staff or trim wages could create a negative feedback loop for corporate profits and national growth. That puts Lee's BOK in quite a bind. Cutting rates further could fuel more household leveraging. Soaring home prices are already increasing inequality and hurting Moon's approval ratings. But if he moves too slowly to stabilize the financial system, Lee risks repelling foreign investors. Lee's team must do a more creative job of walking this tightrope.

Moon's own balancing act has become precarious, too. A couple of months ago, South Korea's COVID-19 success was the toast of epidemiologists around the globe. But a new wave of infections is pressuring Moon to announce an even higher level of physical distancing rules, undermining GDP further. The real economic worry is of a slow burn nature. Since 2008, the year of the "Lehman shock," South Korea has been led by three governments who promised epochal reform, only to throttle back once they realized the magnitude of the task.

Now it is Moon's turn to rue the day he put off major change back when the economic sun was shining. Moonwalking will not do. It is time to step up efforts to create a more vibrant and competitive South Korea once and for all.