Southeast Asians will regret giving up political rights for affluence Diverse groups of young individuals and communities should be supported in challenging older autocrats.   © Reuters
CopyCopied

The Association of Southeast Asian Nations sees itself as a model of diversity, with coexisting cultures, religions and systems of government.

It certainly offers abundant economic opportunity. But the space is narrowing for those who seek political pluralism in Southeast Asia.

Amid political backsliding in various countries, it seems time to ask whether the region is trapped in a Faustian bargain, in which citizen enfranchisement and human rights have been traded for growing affluence.

ASEAN was established in 1967 as a bulwark against authoritarianism in the form of communism. The organization never proved a bastion of democracy, although it briefly exemplified popular demand for it. Strongmen leaders such as Ferdinand Marcos in the Philippines and Suharto in Indonesia were ousted relatively peacefully, while neighboring countries held elections that suggested stability, and at least paid lip service toward representation and equal rights.

Nowadays, the 10-member organization seems the face of what the American political scientist Larry Diamond has called a "democratic recession" sweeping the world. Seven ASEAN countries are ruled by dictators, military juntas, monarchs, communist regimes or dominant single parties that for decades have manipulated democratic processes. In Indonesia, Malaysia and the Philippines democracy survives, but precariously.

Under President Joko Widodo, Indonesia has politicized religion and curbed freedom of assembly. The Philippines, my home country, has for generations been ruled by a dictatorship of dynasties -- a network of families that control most government positions. Malaysia is currently the best example of pluralism, following an unlikely election victory over Prime Minister Najib Razak's autocratic government. But the winning coalition succeeded only by uniting behind Mahathir Mohamad, a 93-year-old former strongman once known for nationalism, muzzling the media and jailing opponents.

Malaysia seems to prove the adage that democracy is the worst form of government except for all the others -- its unique advantage is its ability to remove abusive or incompetent rulers peacefully.

Perhaps it is that threat that has led ASEAN leaders to attack systems of accountability, such as independent courts, which protect individuals against abuses of power. Such safeguards are cast as Western imperialism and inconvenient hindrances, and are "always the antithesis to government," as Philippine President Rodrigo Duterte has put it.

This spirit was evident at the World Economic Forum meeting on ASEAN in Hanoi in September, when regional leaders took turns in touting their countries' economic successes and celebrating the new world order. Cambodian strongman Hun Sen invoked ASEAN's founding principle of noninterference in the internal affairs of member countries, defending the communist and military regimes of Cambodia, Myanmar, Laos, Thailand and Vietnam. "The countries that do not know our countries," he said, "please leave us to solve our problems for ourselves."

It is odd, though, how an insistence on independence and sovereignty is often justified by a shared narrative that highlights the successes of a few effective, benevolent autocrats while ignoring many incompetent and corrupt failures.

Singapore, for example, is often touted by Filipino politicians as an inspiration, offering apparent support for the myth that good governance requires strongman control of independent institutions. But the success of Lee Kuan Yew, independent Singapore's much-lauded first prime minister, was founded on making good policy choices not on authoritarianism.

The economic success of the tiny country -- population just under 6 million -- allows rulers of neighboring countries with populations up to 40 times larger to justify authoritarian government, even though such comparisons are apples-to-oranges or perhaps lychees-to-durians. But the city-state's narrative is seductive. Filipino friends in Singapore, part of its vast foundation of migrant labor, shrug gratefully. "It just works," they say, as if that is sufficient.

Nowadays, performance seem to prove legitimacy. And ASEAN is performing legitimately well, with economic growth expected to average 5.2% a year from 2018 to 2022, according to a 2018 report on Southeast Asia, China and India published by the Organization for Economic Cooperation and Development.

As prosperity grows, acceptance of authoritarian populism is deepening among the rising middle class. This is understandable given the middle tier's long exclusion from state institutions and its sense of insecurity. When everyday life seems better than ever, it appears rational to forgive the state, especially for sins committed against other people.

But history -- including in ASEAN -- warns that autocratic rule ultimately proves clumsy. Performance always floats on the economic tides. When the sea gets choppy, strongmen veer toward unsustainable policies, leading to unrest and ousters -- sometimes violent -- by opportunistic new leaders.

Already, we are seeing power centralized in the hands of the few. Minorities suffer exclusion by incumbent majorities. Opposition is cast as destabilizing. Ethnic groups meet violence in the name of security. Women and sexual minorities are oppressed. Citizens are condemned without due process or killed without trial. Media is censored or shuttered. Dissent is suppressed -- online by trolls, and offline by force.

And we should remember that economic development is not the monopoly of Singapore. In the last few decades the Philippines, Thailand, Malaysia and Indonesia all grew rapidly under flawed but legitimate democracies. Surrendering present political rights for promises of prosperity may prove a bribe that people will regret accepting.

We should support and emulate the diverse groups of young individuals and organized communities that are challenging, in their own ways, the authoritarian vision of our elderly autocrats. The Indonesian Solidarity Party, or the Filipino students protesting against historical revisionism by the Marcos family, are good examples. The progress of such groups will be the bellwether of long-term stability.

ASEAN's motto is: "One vision, one identity, one community." Have these words been hijacked by those who rule? Can individuals take back the initiative and speak out for political pluralism?

The answers to such hard questions often sit, mute, between the lines. At the WEF forum in Vietnam, my panel on pluralism featured diverse participants, suggesting that the ideal is alive and well. However, the host government had barred entry to two invited human rights experts. One was to have joined our panel. His absence spoke louder than our words. 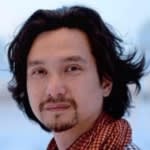 Miguel Syjuco is an assistant professor at New York University Abu Dhabi and the author of the novel "Ilustrado."