Hedge funders on the attack must compete with Xi Jinping's resistance 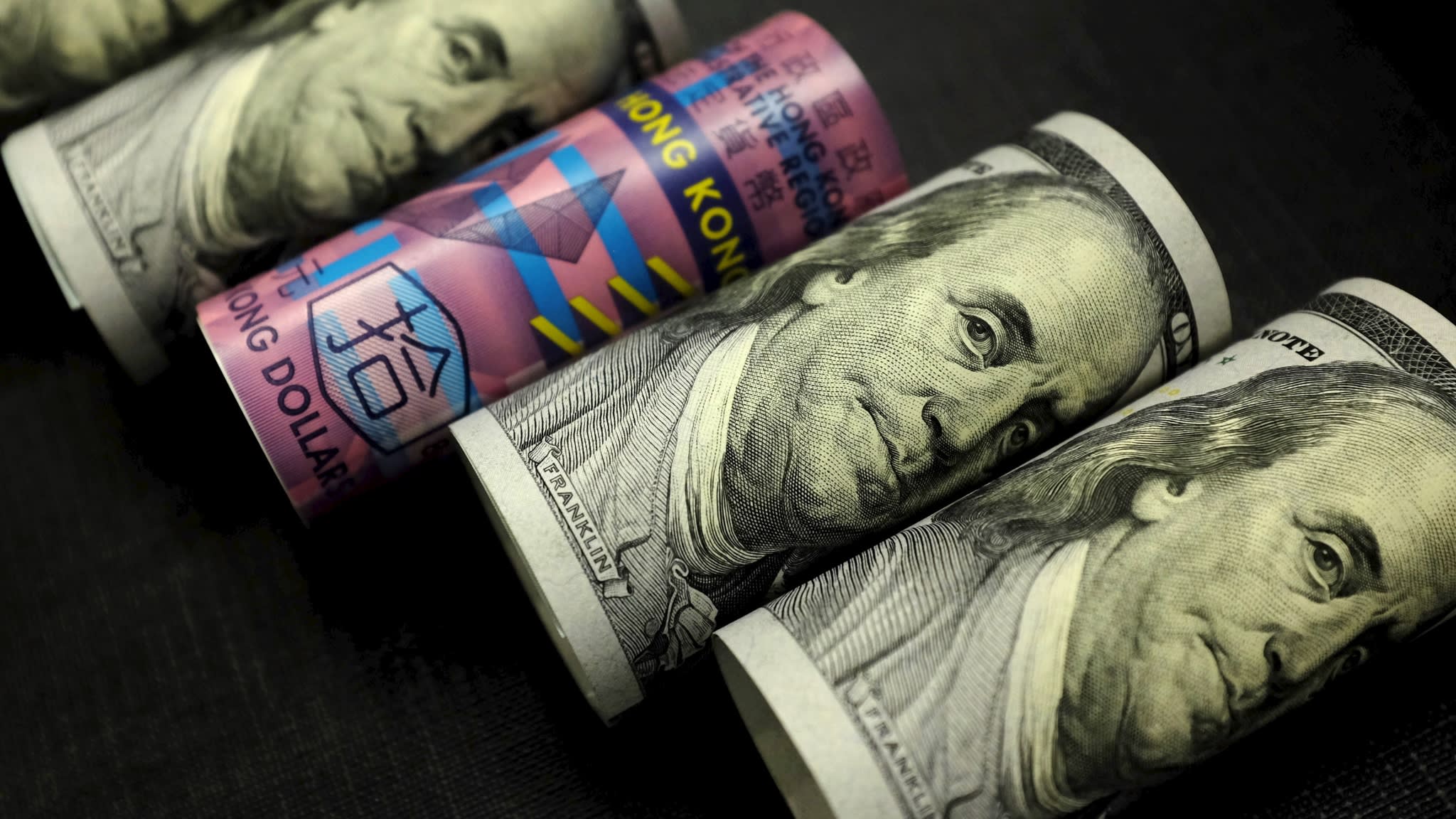 Hong Kong's currency peg to the U.S. dollar has long been touted as its secret weapon.   © Reuters
CopyCopied

Hong Kong's currency peg to the U.S. dollar is the ultimate "widow-maker" trade.

For more than two decades, hedge fund managers, George Soros most famously, have tested the Hong Kong Monetary Authority's resolve. At every turn, investors went away none the richer. Through assertive market intervention and fancy footwork, the HKMA preserved a 7.8 exchange rate established in 1983.

But what if economic logic is now on the side of Soros and his ilk?

Hong Kong's ironclad link to the world's reserve currency served the economy well. The predictability it affords gives investment banks, exporters and entrepreneurs confidence to headquarter Asian operations in the city. It has long been touted as Hong Kong's secret weapon.

The street protesters challenging Chief Executive Carrie Lam's government know it. Some days, the movement that began more than 12 weeks ago, reacting against a controversial extradition bill, draws as many as 2 million people into the streets. Where better, though, to hit the establishment than the beloved dollar peg?

Protesters, for example, have toyed with mass withdrawals of cash to be exchanged into U.S. dollars. The real pressure, though, is coming from overseas speculators returning to see what the HKMA is made of.

The most famous such assault came in 1997 and 1998 from Soros, who "broke" the British pound by betting against it in 1992. After attacking the Malaysian ringgit and Thai baht, Soros targeted Hong Kong's peg and stocks. He lost. The HKMA overwhelmed Soros and his acolytes with a $15 billion show of force.

Now comes Texas hedge fund honcho Kyle Bass to poke the HKMA anew. And unlike past episodes, investors like Bass of Hayman Capital Management are right that the peg has outlived its usefulness.

Bass is arguably the most vocal China bear on Wall Street. From 2015 until May this year, he publicly shorted the yuan. His exit, admittedly, may end up being maddeningly premature, given that Beijing is letting its currency fall to 11-year lows.

In targeting Hong Kong, Bass is testing Xi Jinping's mettle again. Lam may administer the city, and Norman Chan runs the HKMA, but any changes to the 36-year-old peg are above their pay grade.

Xi will make the call, and the odds are that China's president is not in a risk-taking mood. In fact, ongoing protests may steel Xi's resolve to preserve the peg -- even if it is exacerbating Hong Kong's troubles.

This dynamic increases incentives for billionaires around the globe -- including China's uber-rich -- to pour money into already frothy Hong Kong property. Despite Hong Kong's current tear-gas existence, property prices have not collapsed. One reason: long-term investors hoping to buy on any dip.

The worst inequality in 45 years, by Oxfam's metrics, is a key reason Hong Kongers are protesting. Along with China's encroachment on the city's autonomy, millennials face a future in which few can own flats.

Lam's attempt in early summer to pass a bill allowing for extradition to China was the spark. Economic angst, though, is the fuel powering pro-democracy protests.

The peg may be exacerbating things, argues economist Zhou Luohua of Renmin University of China. Zhou worries it presents control problems for the HKMA, even calling it the economy's "Achilles' heel."

"If property and stock prices start to fall, the Hong Kong Monetary Authority can't provide sufficient liquidity like the Federal Reserve or other central banks as its money supply capacity is determined by the size of its U.S. dollar reserves," Zhou explains.

"If asset prices are plunging, it would trigger an exodus of funds at the same time, translating into a 'double hit' for the Hong Kong economy."

Zhou has some good company in Joseph Yam, Chan's predecessor at the HKMA. Since April 2018, Yam has argued it is time to scrap the peg so that Hong Kong can protect itself in times of turmoil. As China reduces capital controls, Yam worries "small" Hong Kong risks getting swamped by "huge" mainland money flows.

There are some options, of course. The most obvious: soften the peg by establishing a Singapore-style basket of currencies.

If the HKMA has greater flexibility, it could more easily vanquish the Soroses and Basses of the world as well as property hoarders. Maintaining the status quo, Yam cautions, means even less affordable housing.

It also makes Hong Kong more of an arbitrage vehicle between U.S. and Chinese investors than a place that shares its fruits with middle-class households.

Still, odds are the peg probably is not going anywhere. The protests challenging China's influence come as Trump's tariffs throw Xi's economy off balance. Now may not be the time for experimentation. That is why the HKMA has intervened in the market to support the dollar this year. And with nearly $450 billion of currency reserves, it can keep up the fight.

Investors betting against Hong Kong's peg will probably go away disappointed -- again. Yet so might the city's 7.4 million people if it exacerbates an already fraught socioeconomic trajectory.