Stimulus-driven inflation is the least of Asia's problems 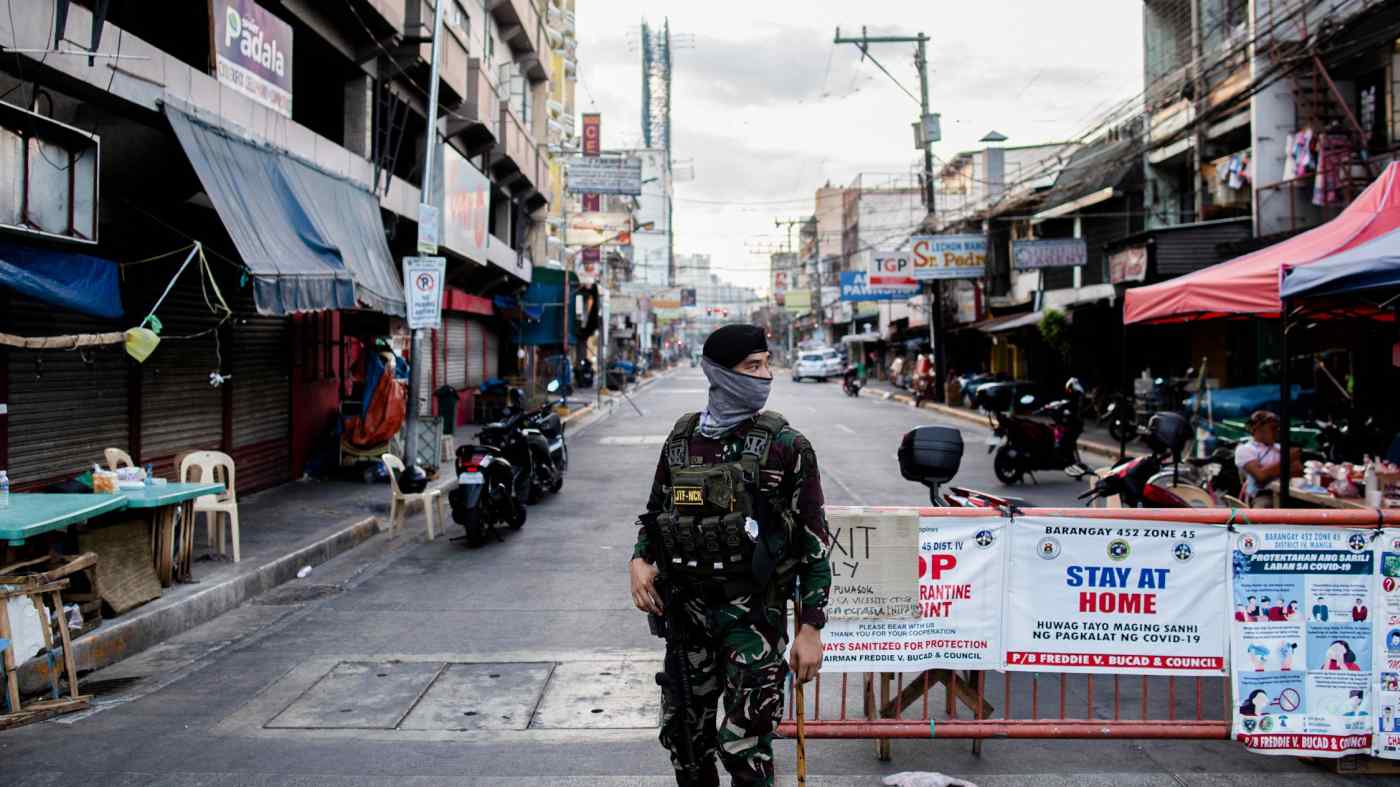 A soldier guards an empty street following the lockdown in Manila on Apr. 24: policymakers need to cushion the current impact, even if it entails costs later on.   © Reuters
CopyCopied

Frederic Neumann is Co-head of Asian Economics Research at HSBC.

Central banks are printing money. Governments are spending as never before. Shortages have emerged from medical supplies to some food items. Surely inflation is about to soar?

Hardly. As unprecedented as policy interventions by policymakers have been across Asia and elsewhere, they will scarcely compensate for the destruction of demand that is unfolding. Inflation, in the first instance, is still about the relative balance of what is purchased and what is supplied.

Economists of the orthodox kind will presumably shudder. Generations of them have been taught, in the most rigorous, mathematical fashion, that inflation is "always and everywhere" a monetary phenomenon. Simply put, it emerges if too much money is put into circulation, chasing too few goods available.

As central banks expand balance sheets, in effect printing money to sustain government spending, whether in Japan or the U.S., Australia or New Zealand, the Philippines or Indonesia, are prices about to jump, then, kicking off a process of successive increases that will prove immensely difficult to rein in?

Not quite. The money printed needs to stoke demand, above what economies can supply, for the process to lead to sustained inflation. Actions by central banks and governments, however, as vast as they have been, pale in comparison to the rise in unemployment and the plunge in manufacturing orders that lockdowns and broader uncertainty have prompted across the world.

Look at the latest forecasts by the International Monetary Fund. These suggest that, despite valiant efforts by policymakers to halt the slide, in real terms world demand this year will be 3% below last year's. In emerging Asia, where demand is still forecast to grow, if just barely, and factoring in all stimulus measures to date, demand in 2020 is now expected to be more than $1 trillion below what was forecast a few months ago.

That is one side of the equation. What about supply? This is where things get tricky. Lockdowns have kept workers away from factories, and logistical bottlenecks mean that goods are not promptly delivered to where they are needed, which creates shortages.

Examples are medical supplies and food. For the first, demand markedly exceeds supply, while distribution problems often prevent equipment from being delivered where it is needed most. This drives up prices, with simple face masks, for instance, fetching a multiple of their original price the world over.

As for food, demand for certain things, like dairy in the U.S., has declined as restaurants and caterers, which use more cheese and cream than your regular household, have slashed purchases. On the other hand, logistics disruptions, such as the decline in air cargo capacity, have led to shortages of okra in Canada and, judging from emptying shelves, of French cheese in Hong Kong.

More worrying for many, the price of rice has climbed, with Thailand's export prices, a global benchmark, at their highest since 2012. Fortunately, world stocks of most cereals are at or near record highs, and few major disruptions to the wider food supply have been reported so far.

Still, local shortages may drive up prices of certain items, and there is a pressing need to ensure that supplies, especially for poorer nations and segments of populations, remain sufficient and affordable.

From a broader perspective, and closer to the topic at hand, the higher costs for some medical and food items amount to a relative shift in prices, rather than the sustained increase in the broader price level that inflation is all about. Examples may readily be found of falling prices, or at least smaller rises in costs, such as rents, which account for a substantial part of households' monthly expenditure.

All this may be true in the short term, but there are lingering worries that, over the longer term, central banks' aggressive easing, plus huge fiscal stimulus packages, could set us on a course of runaway inflation.

Given the scale of human suffering, whether from the medical situation or economic conditions, inflation is at the moment surely a secondary issue. Foremost, policymakers need to cushion the current impact, even if this entails costs later on. In a case like this, it is better to err on the side of doing too much than to risk doing too little. The latter may leave enduring scars that will never fully heal while the former can eventually be corrected. 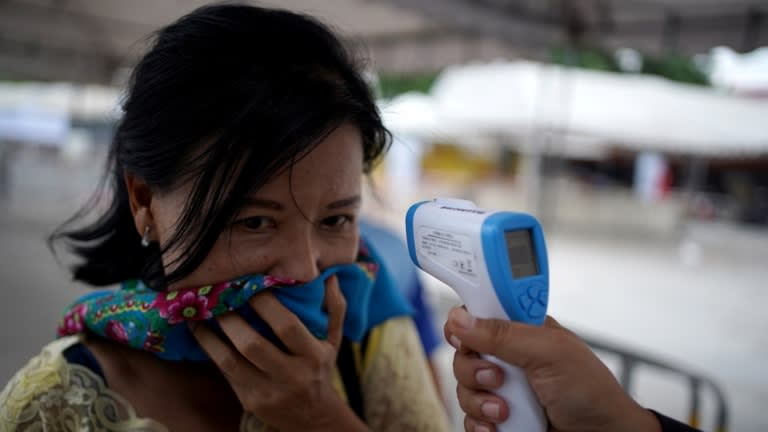 A woman gets her temperature taken in Bangkok on Apr. 27: given the scale of human suffering, inflation is a secondary issue.   © Reuters

This calls for some elaboration. Suppose we have overestimated the economic impact of the current lockdown, with growth bouncing back organically, say, because a vaccine is found or the virus fades with warmer weather in the northern hemisphere. In that case, it would be relatively easy for central banks and legislators to withdraw the extra money from circulation and shrink expenditure, or simply not deliver the remainder of what had been so generously promised.

On the other hand, if we have underestimated the economic consequence of the whole affair, weakening financial systems and rising unemployment would leave growth impaired for years to come, with all the dire social and uncomfortable political consequences that this entails.

Inflation is the least of our problems right now.